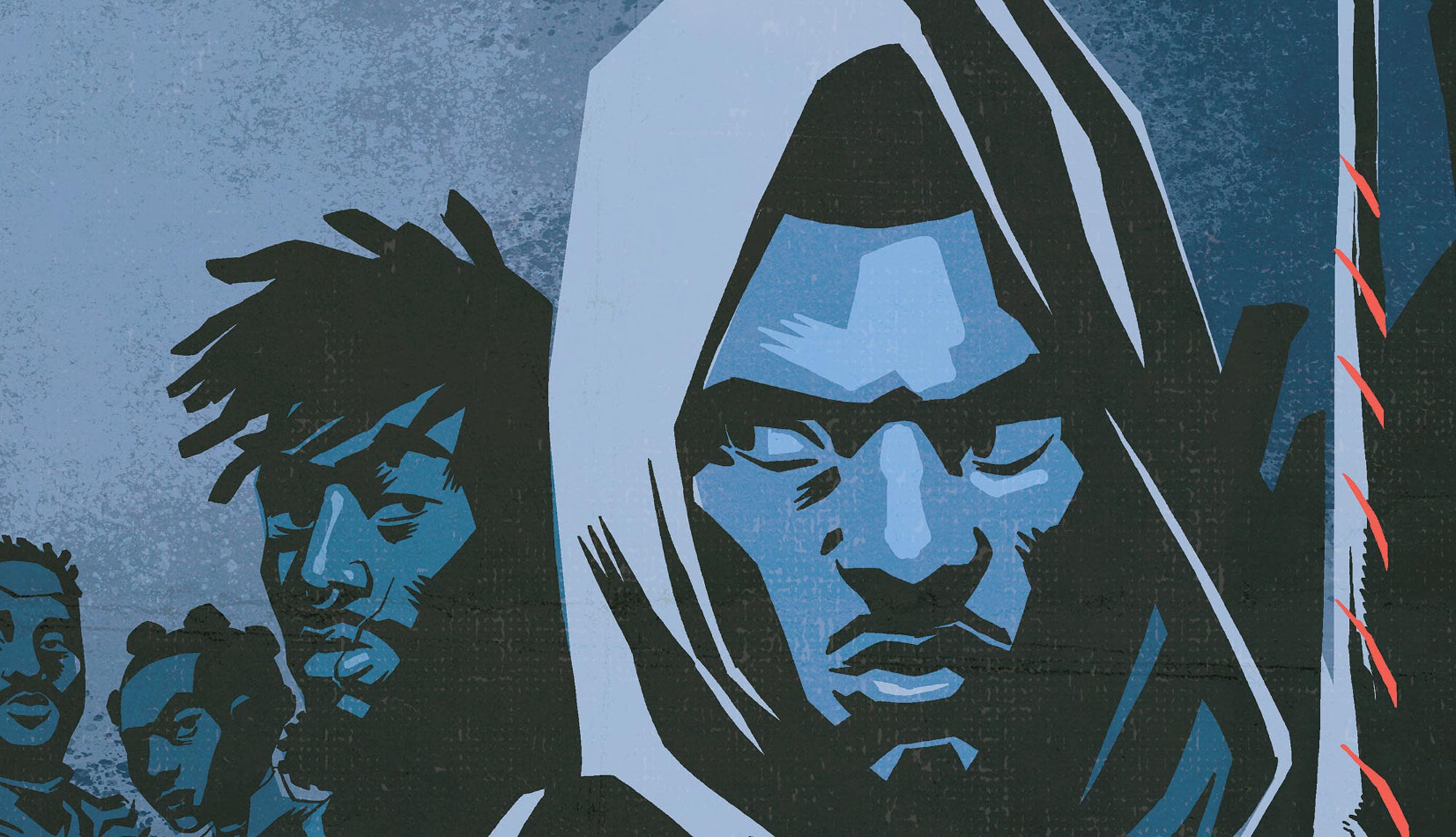 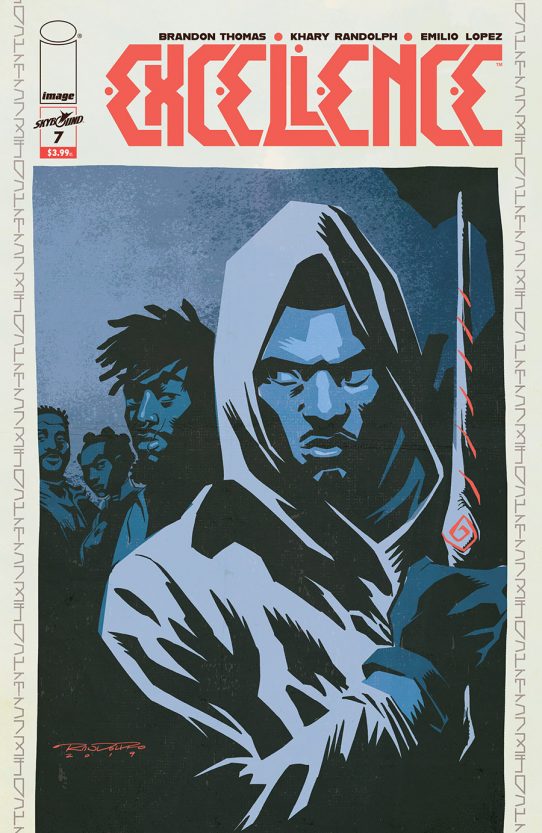 People have been asking us when EXCELLENCE returns, and we’re very happy to announce that the second arc will kick off on April 15th with issue #7! The issue synopsis: Spencer Dales has one purpose: tear down the Aegis and free everyone under their “protection”. However, with his closest ally in prison and The Tenth looking to put Spence in an adjoining cell, creating a better future won’t easy. But it needs to happen NOW.

We’re overjoyed that critics and fans have been responding to this book, as it’s not just a title we love, but it’s so close to the hearts of the creative team. Speaking of, they’re all back for the new issues: Brandon, Khary, Emilio, and Deron have been hard at work readying a new batch of awesome for you, as Spencer Dales sets off on changing the Aegis forever.

Our Visions of Excellence variant series continues with a stunning issue #7 cover from the amazing Chris Brunner and Rico Renzi: 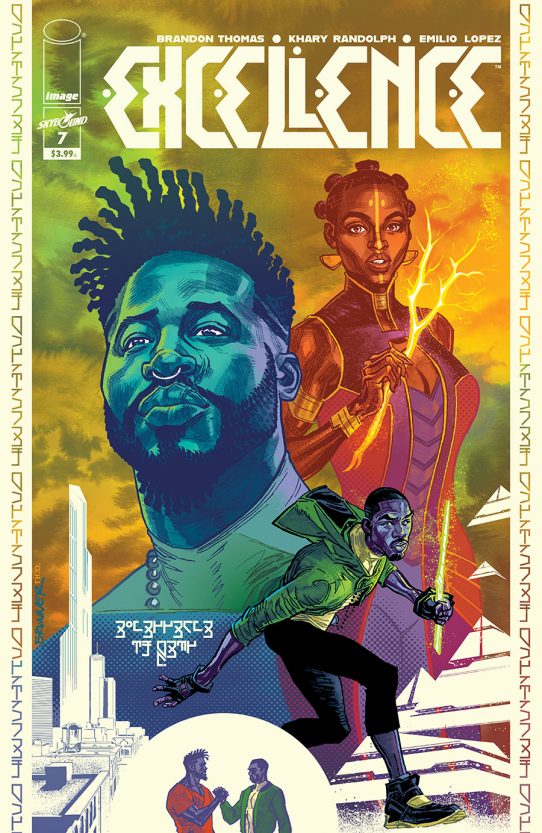 Here’s what critics have been saying about EXCELLENCE:

“Damn, just damn. Every time I think this book has shown how high it can go it reaches another tier… This is one of the best series in comics, and you’re missing out if you don’t give it a chance.” –ComicBook.com

“Frenetic, fast-paced and fun, Excellence is a story you don’t want to miss.” –Newsarama

“Phew, this is one fantastic comic, with everything from the script to the concept to the linework feeling new and urgent and endlessly complex. Rich with universal themes of sacrifice, pride, and family, Excellence #1 is the start of something special.” –Comics Bookcase

Of course, the April release date gives you some time to catch up if you haven’t read EXCELLENCE Volume 1 yet. Get it right now: 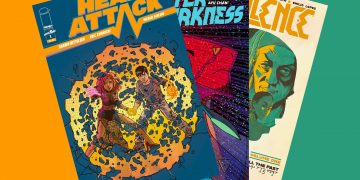 Out this week we have the premiere of our newest series, HEART ATTACK, a new issue of OUTER DARKNESS, and the first trade for EXCELLENCE! 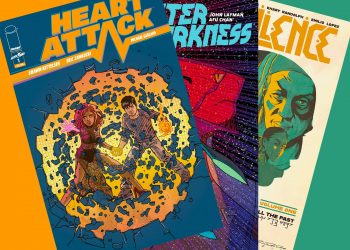 Out this week we have the premiere of our newest series, HEART ATTACK, a new issue of OUTER DARKNESS, and... 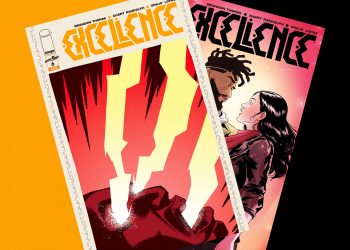 This week's comic is EXCELLENCE #6 which peels back even more layers and has an ending that will have you...