The Geldarians are a race of incredibly intelligent, yet physically weak and fragile beings. To compensate for their frailty they have invented the “Tech Jacket,” a vest that every Geldarian is equipped with upon birth. A fully developed Tech Jacket is considered to be one of the most powerful weapons in the universe. Zack Thompson, through an event of sheer chance, has come to possess a Tech Jacket of his own. Now it appears that the fate of the entire universe rests on his shoulders as he learns that with infinite power comes infinite responsibility.

Created by Robert Kirkman and EJ Su, TECH JACKET is a stand-alone series, but the character is a part of the INVINCIBLE universe! 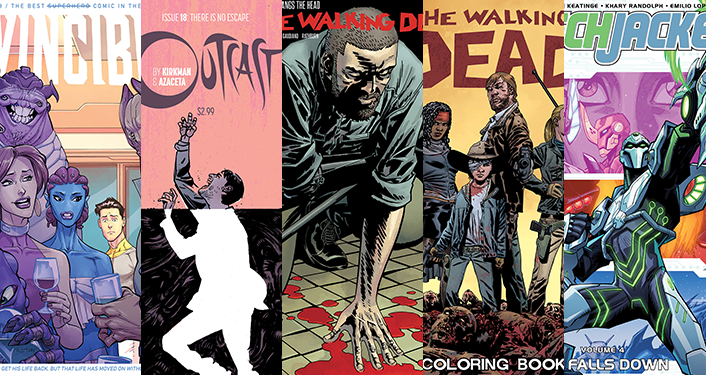 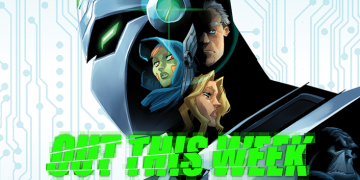 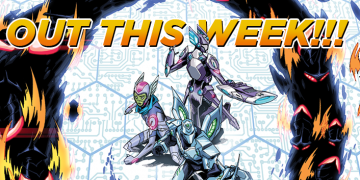 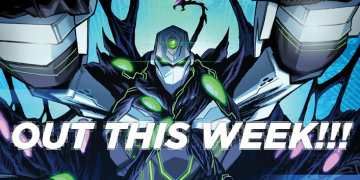 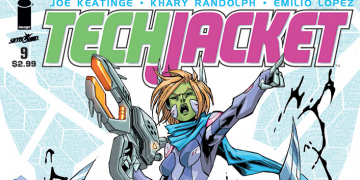 Out This Week: Tech Jacket #9

Usually we’d put a trailer here. Or maybe some preview pages. But how about THREE. FULL. ISSUES??? TECH JACKET DIGITAL was a mini-series we did that launched the run Joe Keatinge and Khary Randolph had on the series, and we’re gonna give them to you for FREE. And if you like ’em (you will), remember that they’re preceded by Volume 1, written by creator/writer Robert Kirkman and drawn by artist/creator EJ Su! Volume 2 contains the end of that early run plus the three issues below, and then Volumes 3 and 4 close out this chapter of TECH JACKET. All of these are, of course, available in the Skybound shop or at your retailer of choice. 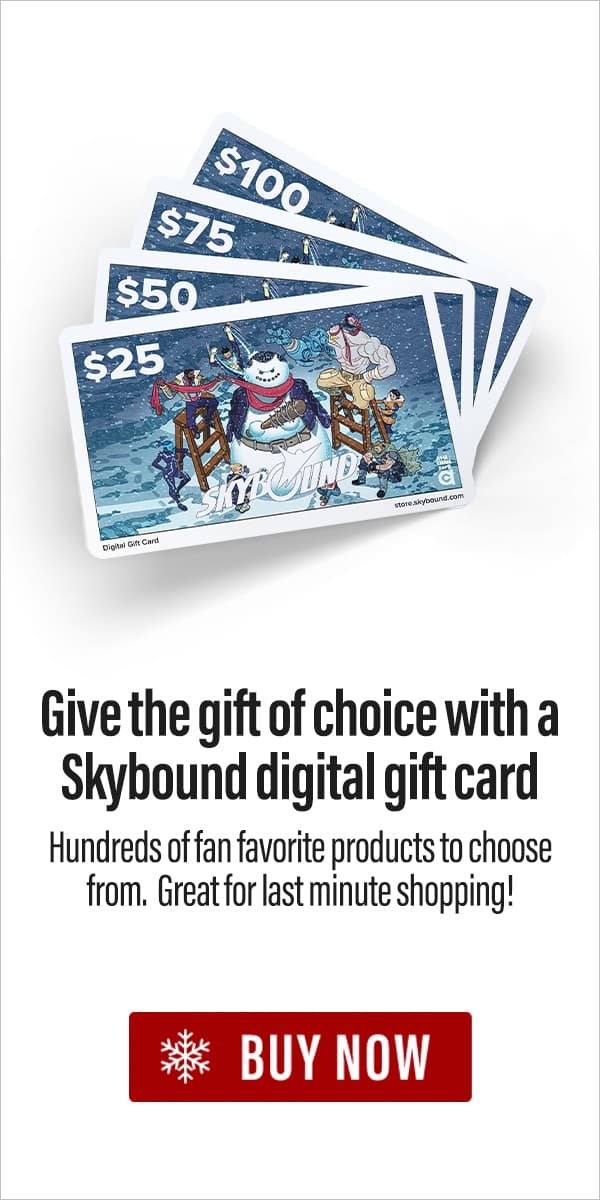 E.J. Su is an American comic book artist and penciller. he was born in Taiwan and moved to the United States at the age of 14. He is best known for his work on IDW Publishing’s Transformers (2005) comic book and, of course, this title you’re reading about right now!

In addition to his work in comics, E.J. is an Industrial Designer, Concept Artist, Illustrator and more!

Aubrey Sitterson is a freelance comic writer, whose most recent work, THE COMIC BOOK STORY OF PROFESSIONAL WRESTLING, is available everywhere.

Aubrey has written comics for all of the industry’s top publishers — Marvel, DC, Image, Dark Horse, IDW, Oni, Dynamite, and Viz — but some of his most popular work was on the G.I. Joe franchise, included the STREET FIGHTER X GI JOE crossover, the ongoing GI JOE series, and SCARLETT’S STRIKE FORCE

Khary Randolp was born in Boston, Massachusetts. He moved to New York in 1996 to attend the School of Visual Arts and graduated in 2000 with a BFA in Cartooning and Illustration. Since, he has worked for a number of clients in the animation, advertising and comic book industries.