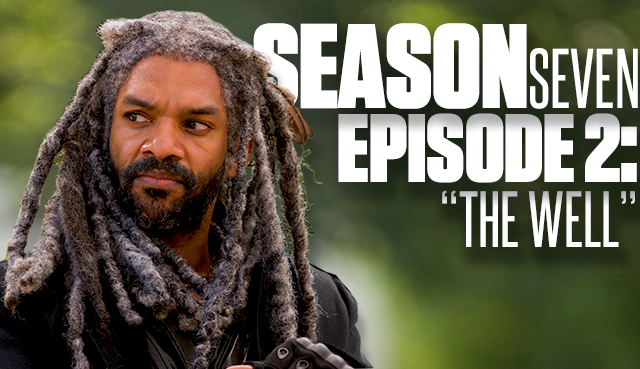 After suffering through a grueling season premiere we’re leaving Rick and the others behind to catch up on Carol and Morgan. Carol, who’s injured from being shot by a Savior wakes up to find herself being escorted by the men in armor. She escapes during a walker attack but doesn’t make it far until the armored people locate her and take her with them. 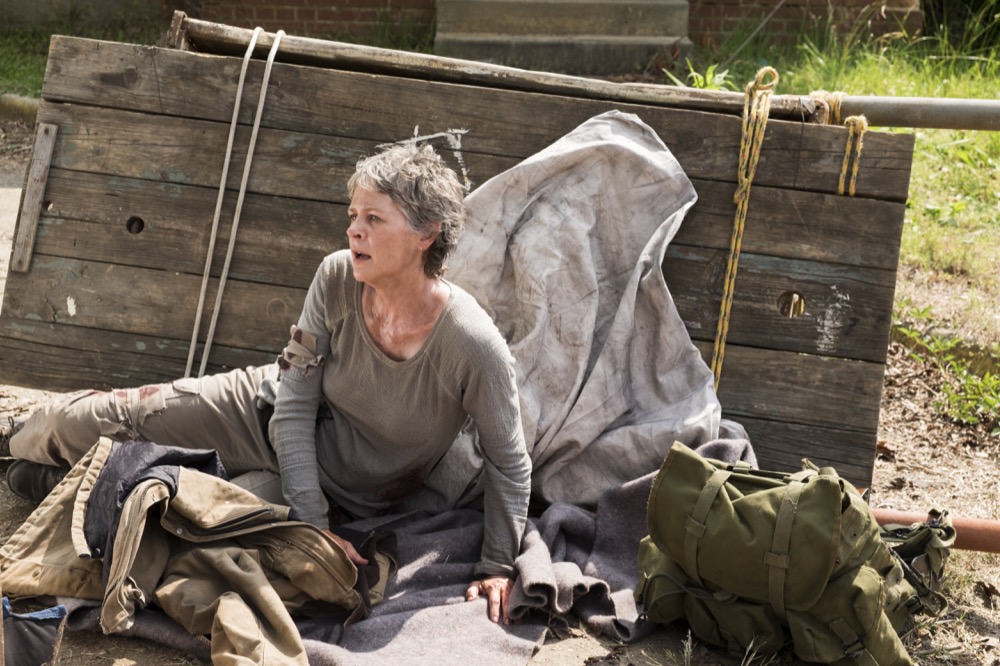 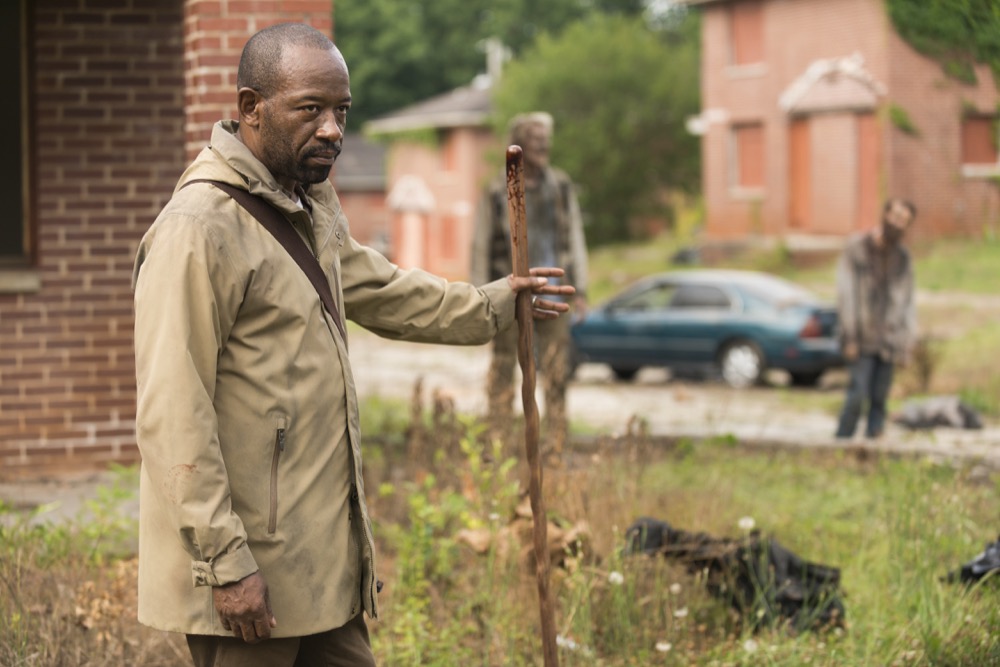 Carol awakes two days later in a hospital room with Morgan at her bedside. He explains they’re staying in a new survivor community called The Kingdom, which is brimming with life. He escorts her to a school auditorium to introduce her to a man named “King Ezekiel,” who has a throne, grey dreadlocks, and a tiger named Shiva.

Carol sees right through the fantasy but attempts to play along. Ezekiel questions Carol’s reluctance and surmises, “Perhaps you think me mad.” With a smirk, Carol responds, “I don’t know what the hell’s going on in the most wonderful way.” Ezekiel reminds Carol she can stay at The Kingdom so long as she does her part to help. He sends them off and Carol tells Morgan this place is make believe and she’s going to leave when she’s better. 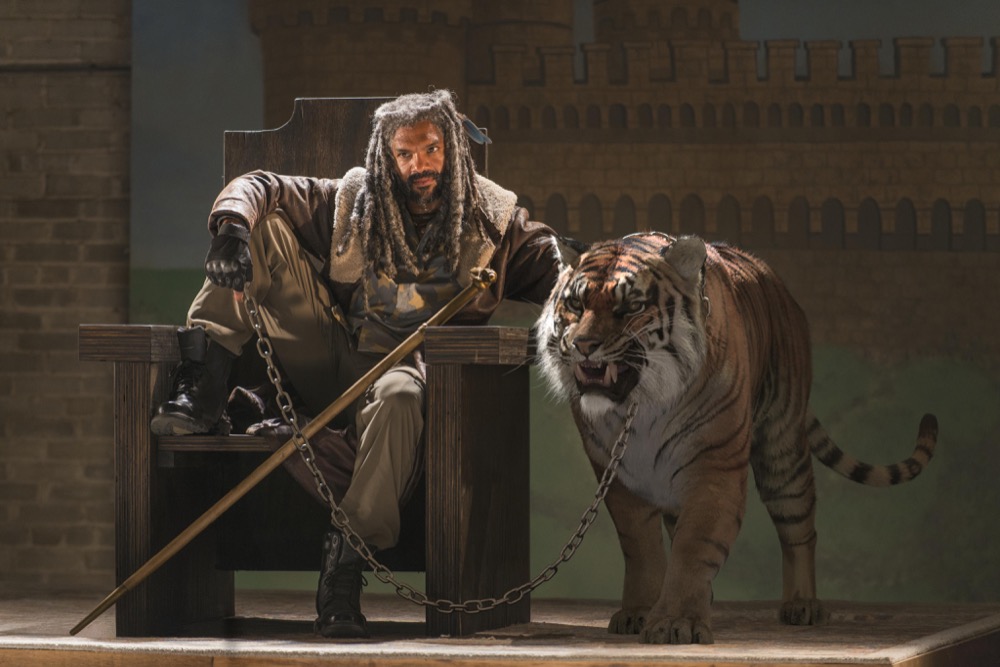 Later, outside the walls, Ezekiel and his soldiers force pigs to feast on a tied-up walker. A small group of walkers approach and the youngest solider, Ben, practices his machete skills on one of them, but Ezekiel ultimately finishes the job. They warn Morgan not to tell anyone back at The Kingdom about their operation.

The group returns and Ezekiel asks Morgan to improve Ben’s fighting skills. Morgan agrees and begins training him immediately. Meanwhile, Carol wheels around The Kingdom to pilfer a knife and clothes. Shortly afterward Ezekiel takes Morgan and Ben outside the walls again and explains they’re purposefully infecting the pigs to trojan horse them into the Savior community. The Saviors arrive for the pigs and one of them taunts Richard, leading him to punch him. Everyone draws their guns until Ezekiel makes them stop. Richard takes some punishing blows and The Saviors depart with the infected pigs. 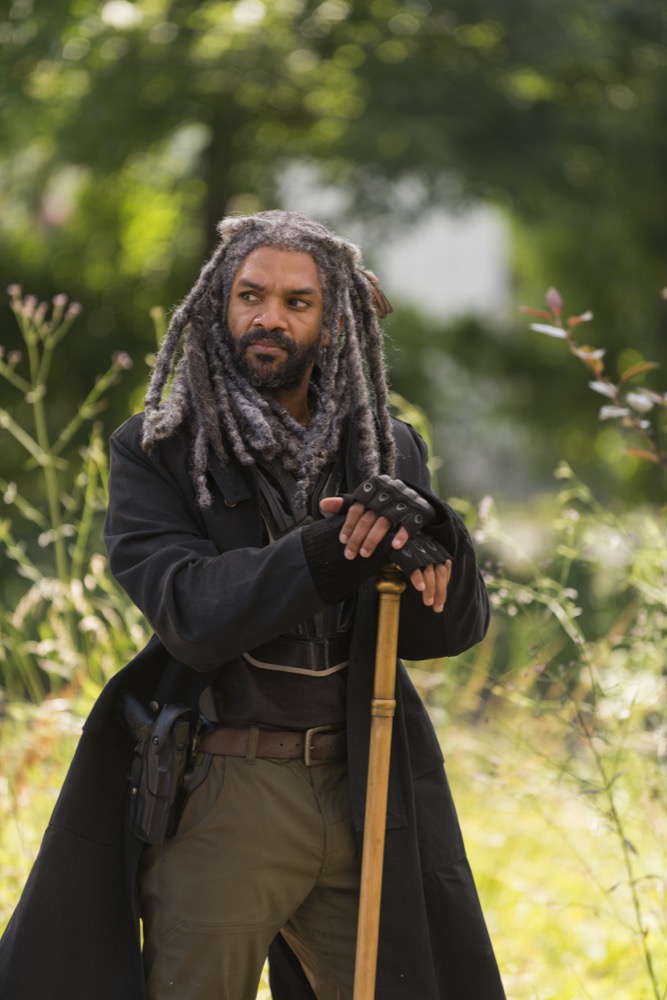 That night Ezekiel catches Carol trying to break out of The Kingdom. She explains/lies she’s useless to the cause but Zeke tells her (like he told Michonne in the comics), “Never bullshit a bullshitter.” Carol calls The Kingdom a fairytale and Ezekiel admits his people need need it to feel safe. He explains, “They needed someone to follow…so I acted the part. I faked it ‘till I made it.” He also reveals his past job as a zookeeper and how he saved Shiva’s life at the zoo. Carol sympathizes but cofesses she just wants to leave. A dismayed Ezekiel says he’s sorry for whatever bad she’s been through.

The next day Morgan escorts Carol to a nearby house where she’ll stay from now on. He leaves her and hours later, hears a knock on her door. It’s Ezekiel and Shiva, who seem like new allies.

WELP, that episode ended on a better note than last week. But what did YOU think of Ezekiel and The Kingdom? Did it live up to the hype from the comics? How/when do you believe Rick and his group will find them? Tell us in the comments!

Everything You Need To Know About King Ezekiel