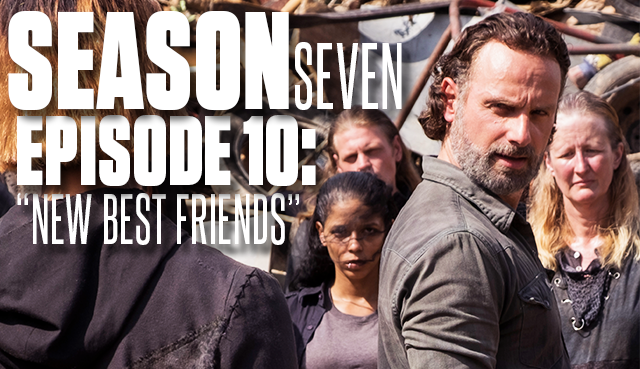 The Saviors visit Ezekiel and his people to collect, which leads to another standoff between Richard and Gerald. Morgan and Benjamin get involved, which results in Morgan losing his staff. They return to The Kingdom and Daryl scolds Morgan for laying down to The Saviors. He argues if Carol were here she would seek revenge. Daryl FINALLY GETS A CROSSBOW AGAIN as Richard tells him he’ll need his help. 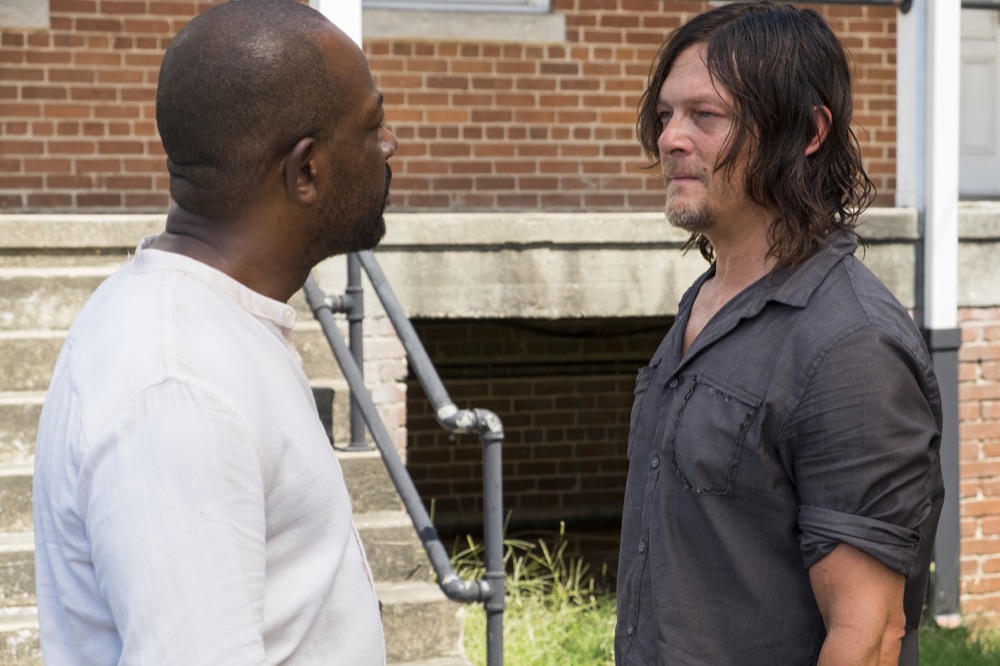 Meanwhile, Rick and his group get introduced to the leader of a junkyard, Jadis, who’s holding Gabriel hostage. Rick proposes she and her group join them in the fight against The Saviors but she declines until Rick can prove his worth. This leads to Rick getting thrown into a fighting ring with a gladiator-like walker wearing a metal helmet with metal spikes protruding through its body. Rick stabs his hand through a helmet spike to stop its movement but becomes trapped. Michonne yells out to use the walls of trash, which he utilizes to finish it once and for all. After proving himself, Rick and Jadis agree Rick will give them guns in exchange for help in battling The Saviors. She and the group leave as Father Gabriel is returned to his people. 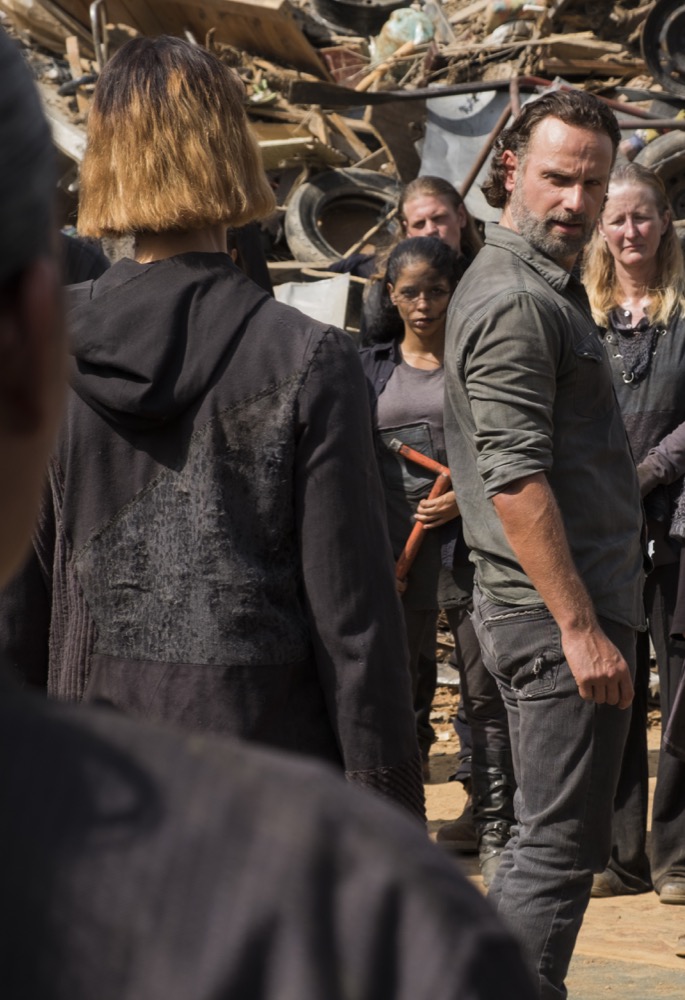 Gabriel tells Rick how Jadis forced him to pack up their supplies and leave. Rick grabs a wooden cat statue as a trophy and leaves the junkyard with his group. Later, Daryl visits Carol at her new home and they spend the day together. Overcome with emotion, she asks if The Saviors hurt anyone from their group and Daryl lies and tells her everyone’s all right. They dine together and Daryl leaves. 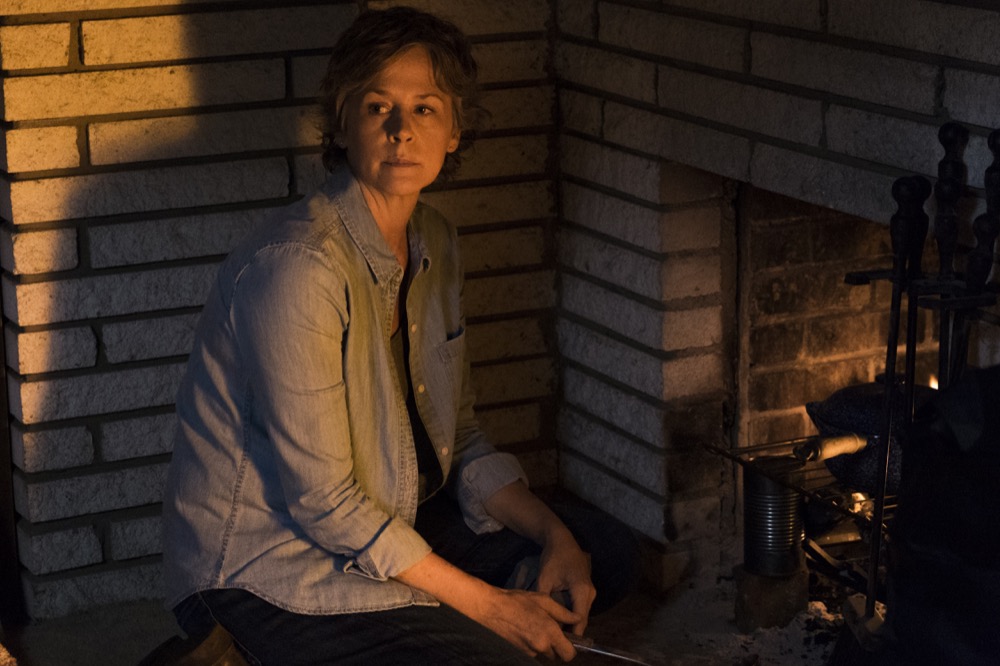 Back at The Kingdom, Daryl warns Morgan they need The Kingdom for the upcoming fight. Morgan claims it can’t be him to convince Ezekiel and Daryl tells him to wake up. Morgan points out the two of them are alike because Daryl ALSO didn’t tell Carol about what the Saviors did. “We’re all holding on to something,” he says. Daryl leaves for The Hilltop the next morning to “get ready.” 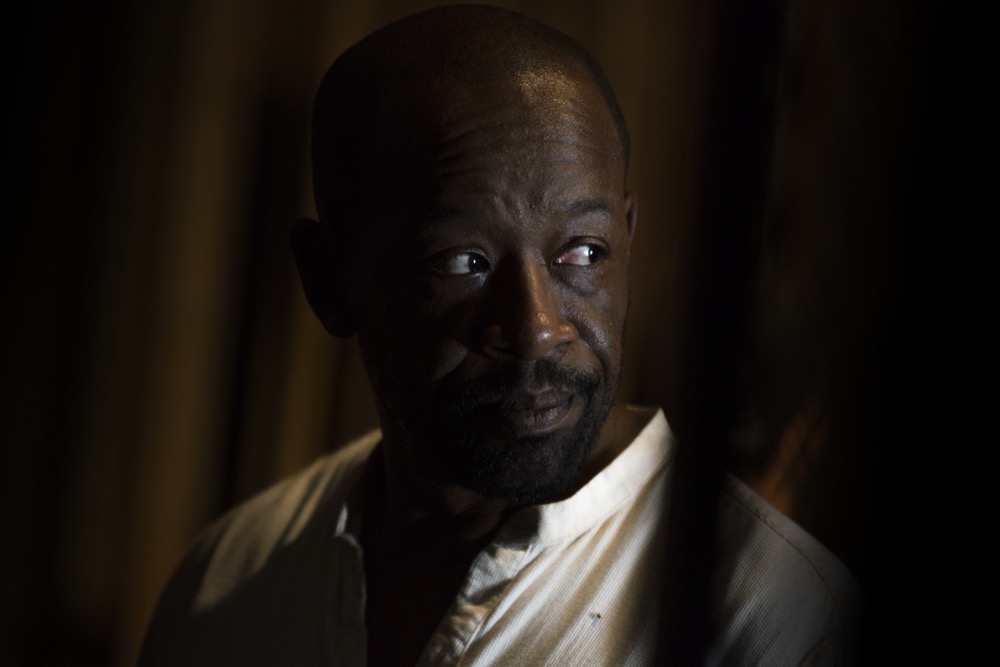 What did YOU think of the action-packed episode of The Walking Dead? Discuss it with us in the comments!

Which Walking Dead Characters Are NBA Stars Most Like?