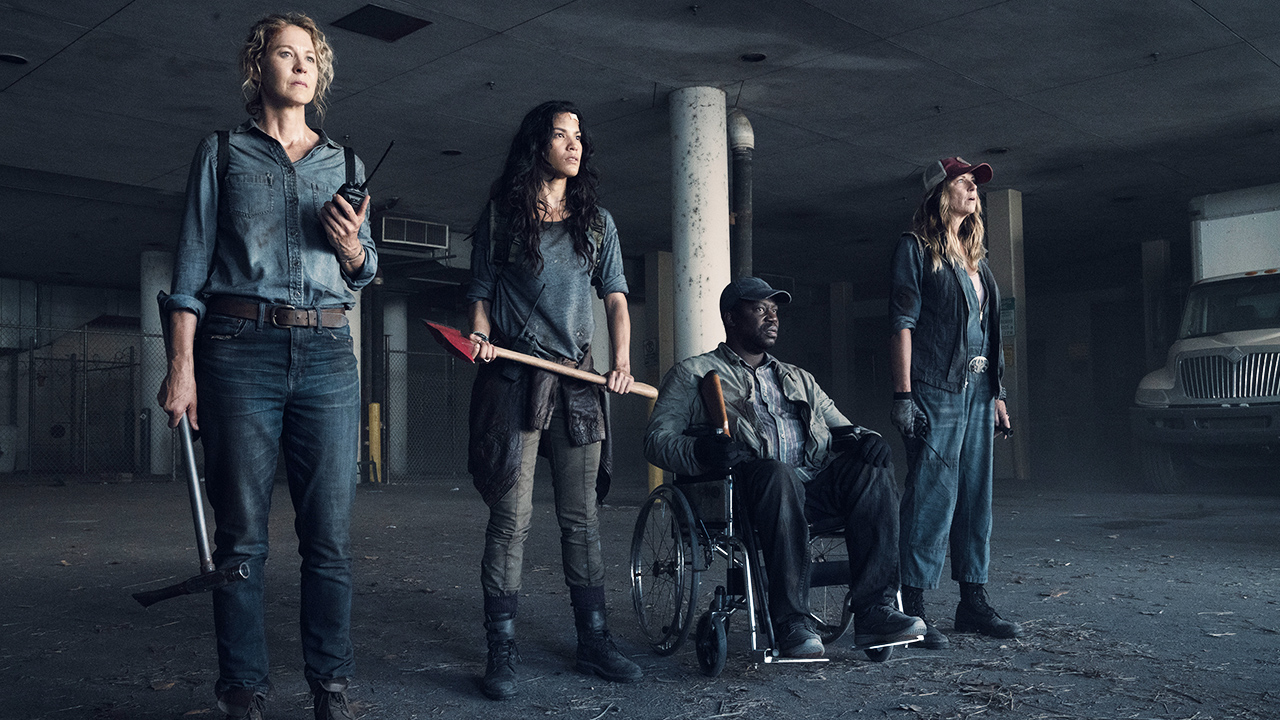 June assures Morgan that they’ll find a way off the hospital roof somehow. Elsewhere, Strand and John notice Alicia and Charlie waving at them from across the pond. Alicia hears June on her walkie and tells her the good news. Morgan warns Alicia to watch what she says because Martha might be listening. He also informs them of their roof situation. Alicia and Charlie head out to locate a boat to rescue John and Strand. 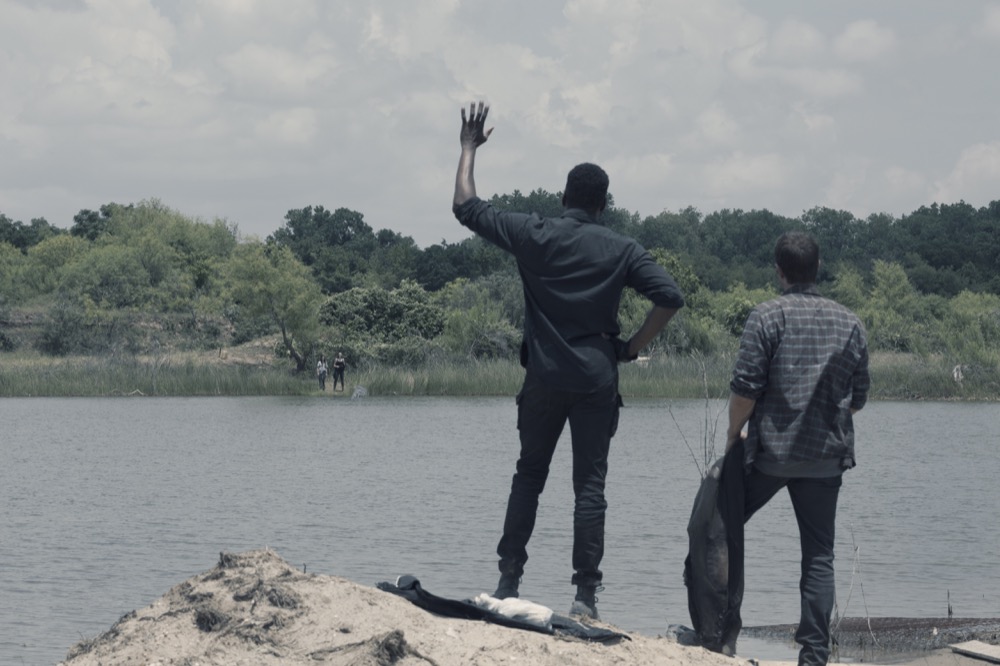 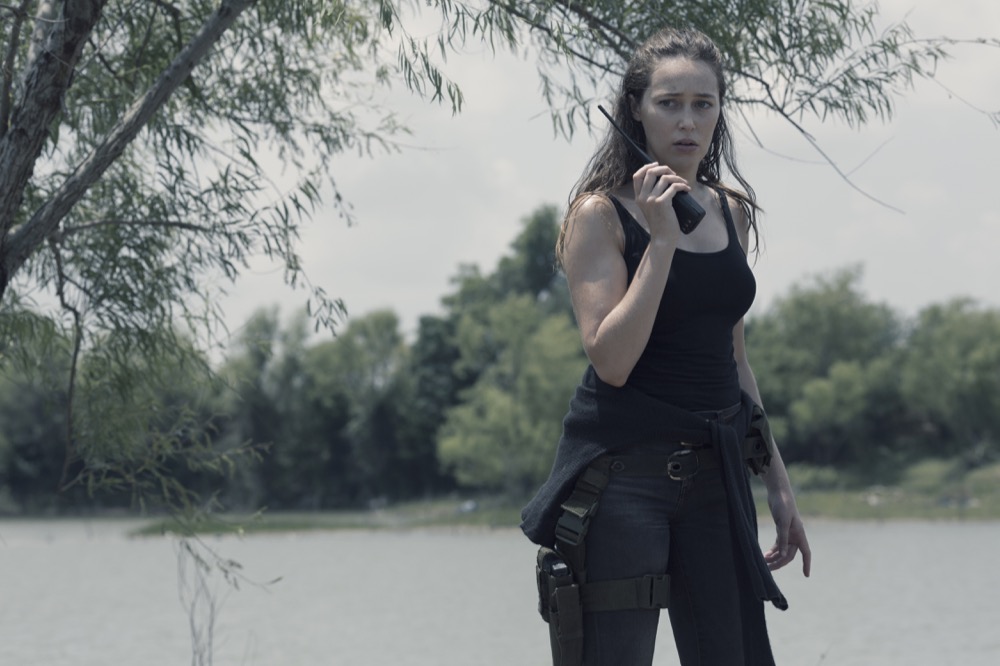 Jim stands on the edge of the roof to urinate on the walkers below. Morgan asks him to help them rescue Al but he declines. Sarah then asks Jim for his beer recipe – saying that he might die but his beer can live on. He tells her to leave him alone and she reluctantly does. Alicia and Charlie discover a kayak tied to the roof of a car when suddenly they come under fire from Martha. She tells them she’s been listening to them and that she can make them stronger. After yelling that she doesn’t need any help, Martha collapses. 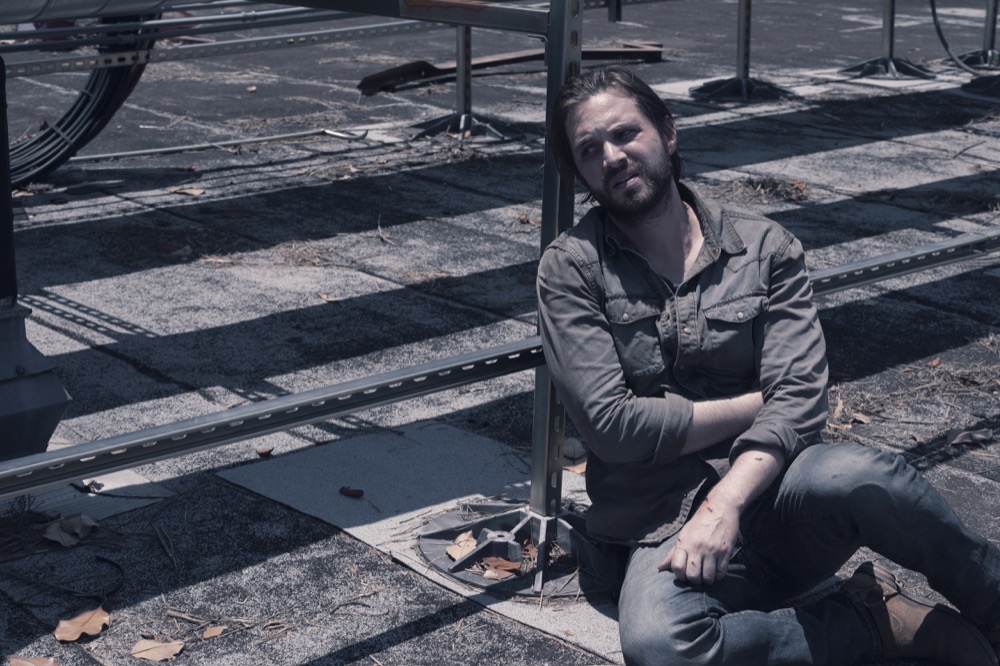 Morgan and the group (minus Jim) venture back into the hospital to locate Al. Instead, they find Al’s note telling them she’s going to try to escape, along with instructions on protecting her tapes if she dies. Morgan leaves to find her while the rest stay behind. 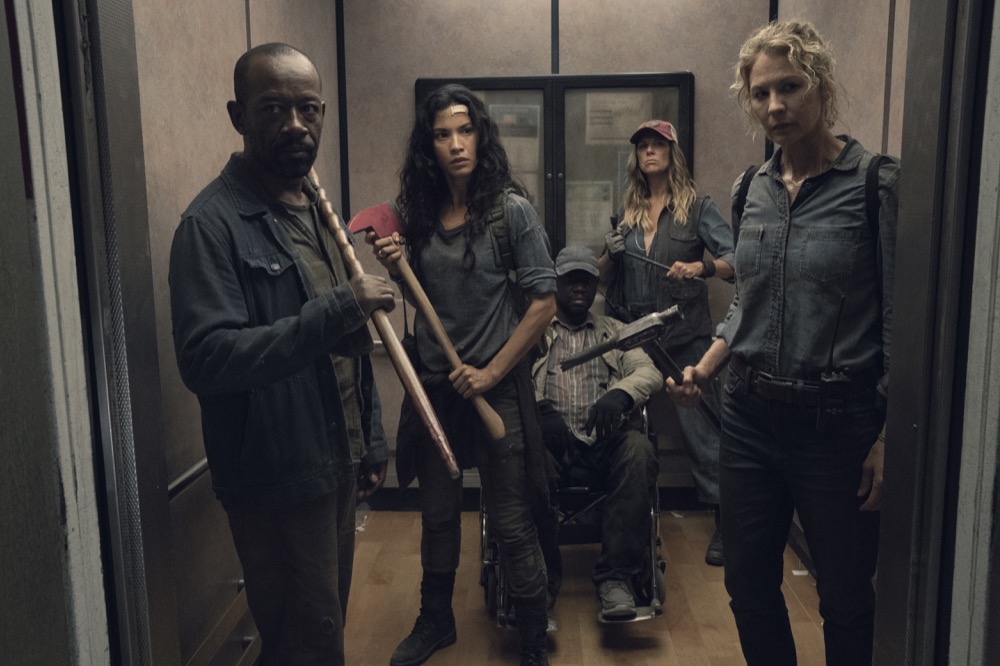 Elsewhere, John and Strand hear a vehicle nearby – it’s the SWAT truck. Alicia plows it through the lake to rescue them as the two men take a swig from their bottle in celebration. Charlie returns John’s hat and he commends her for talking again. Strand notices Martha zip-tied in the back and asks who she is. Morgan tells the rest that he’ll find a way to distract the walkers below to let the rest escape. He returns to the roof and tells Jim they have work to do. 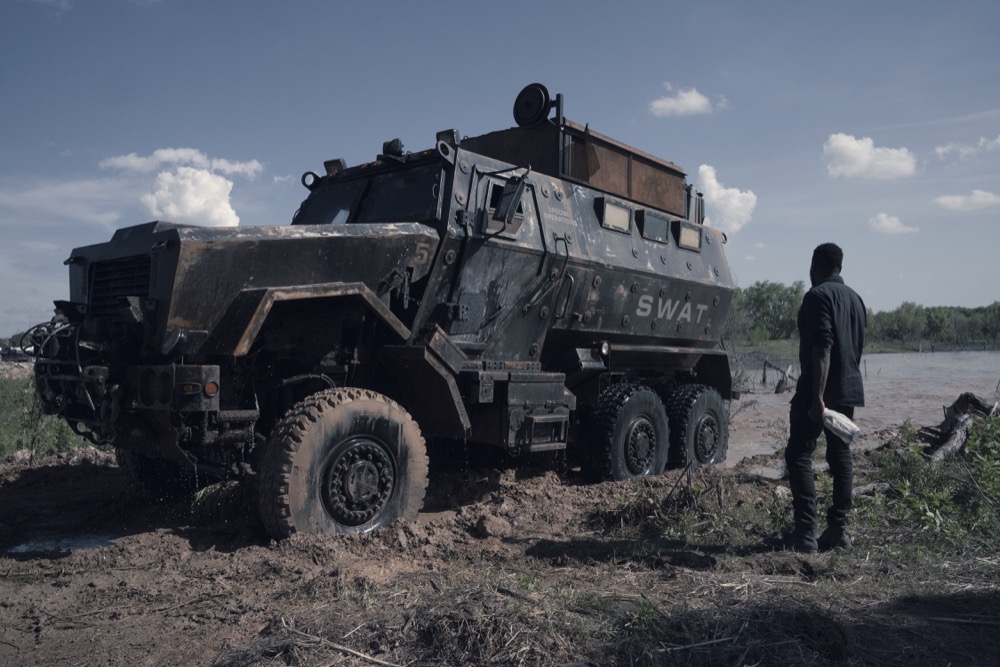 In the SWAT truck John radios Morgan to give him the all-clear on speaking freely on the walkies – June responds immediately. They’re both elated to talk to one another; June gives him her location and he says they’re on their way. Martha wakes up distressed at being tied up and Alicia suggests she has Morgan to thank. “He’ll be thanking me,” she says ominously. 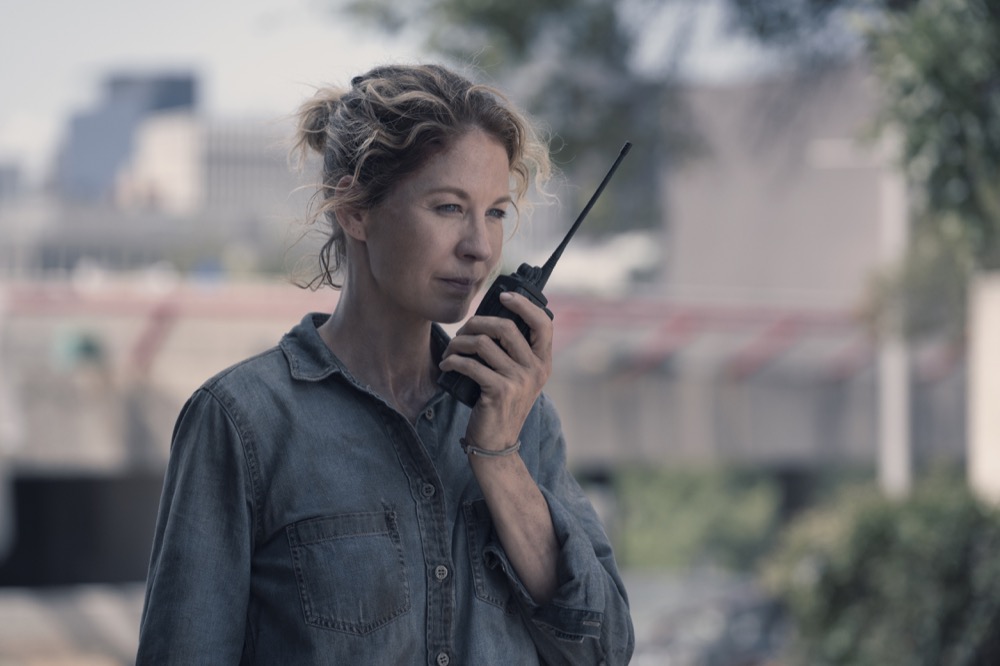 Morgan tosses a walker off the ledge an onto a car, attracting the other walkers away from the hospital entrance. “Momo’s a goddamn genius,” Sarah beams as she and the rest escape into the ambulance. June radios Morgan to follow them but he tells her to go without him. He stays on the roof with Jim for a while until June radios him again, this time she’s with John and the others in the SWAT truck. Alicia and the others chime in on the radio, telling him they’re going to save him. Morgan looks down and sees their plan – a fire truck. Martha warns Luciana she should leave because this won’t end well, but she ignores her.

Sarah operates the fire truck’s crane but is short by a couple of stories. Morgan finds rope, wraps it around a pipe, and lowers it down. He tells Jim to come with him but he says there’s no point since he’s going to die from the bite. Morgan tosses his stick down and gingerly begins climbing down the building. He makes it and is immediately attacked by a walker. John skillfully shoots the walker from below and Morgan successfully jumps onto the firetruck’s crane. As he’s lowered down he nods one last time to Jim. Alicia, June, and Luciana draw a herd of walkers and barely make it back to the fire truck alive.

Surrounded by walkers, Jim decides to sacrifice himself to save others. Before he does, he radios Sarah the recipe for his beer. She writes it down, Jim takes a deep breath, and throws himself off the ledge and onto a car, attracting the walkers away from the fire truck. They return to the SWAT truck to find Martha missing. On the road, Sarah decides they should name the beer ‘Jimbo’s Beer-boes” in his memory. Morgan proposes they find Al and then travel to Alexandria together. Elsewhere, Martha marks Jim’s corpse with her message. He re-animates and Martha tells him, “You’re strong now, let’s go make him strong too.”

What did you think of the penultimate episode of Fear’s fourth season? Tell us in our discussion!