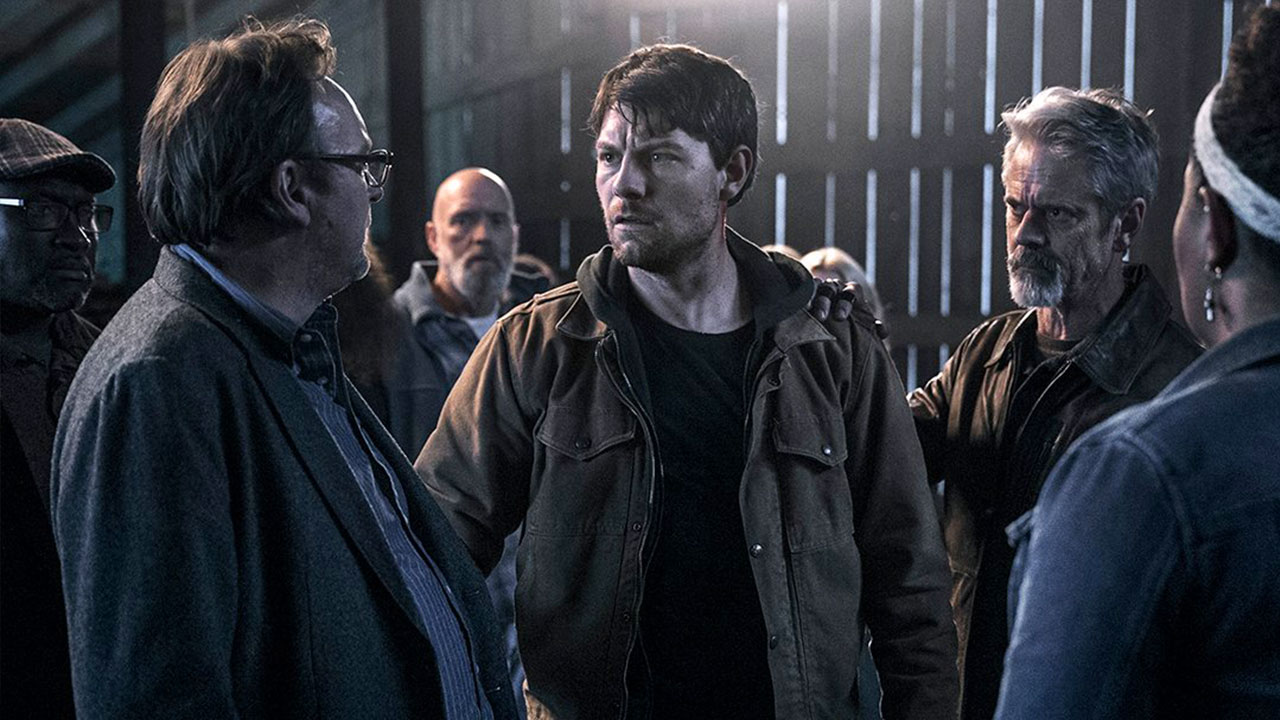 “This Is How It Starts”

Dr. Park gets out of his shower and notices a strange bruise on his chest. He uses a knife to dig into it aaaaand credits. Great. Later, Giles finds Rose digging a hole in their yard. She breaks down for killing her best friend, even though she knows she was possessed. Elsewhere, Bob visits Allison and Amber at their hotel and reminds them to stay alert and protect themselves.

Back in the cellar Sidney, who’s still tied up, taunts Kyle about the darkness closing in on him. Kyle says he’ll never live to see The Merge so Sidney teases him, saying he didn’t come to Rome for Kyle. When Sidney doesn’t elaborate Kyle puts his hands on his chest, causing it to burn. Anderson mentions another beacon in town and before Kyle can continue his interrogation he receives a call from Giles, who’s worried about Rose being possessed.

Megan wakes up and finds the dead nurse in her trailer. Dakota knocks on the door and Megan quickly starts explaining how the nurse drugged her, tried to kill her baby, and then Blake stepped in and killed her. Dakota’s not buying it so she calls Oscar over to watch Megan while she figures out what to do. Meanwhile, Giles tends to Rose, who’s getting worse.

Kyle’s truck breaks down in the middle of the road, leading him to discover a knife stuck in the bottom. Blake appears and says, “Howdy Kyle” before knocking him out with a wrench. Back at the motel Amber suggests they go to a park but Allison insists they stay inside. She apologizes for the situation and Amber assures her she loves her the same as she does with her dad. She then tells her when she was possessed she could tell how scared of her she was on the inside.

Megan tells Reverend Anderson about Blake killing the nurse but he says that’s impossible – Blake is on death row. Dakota gets upset with Meg for jeopardizing her group with Blake around, and then reveals she’s preparing her people for life after the apocalypse. Elsewhere, Kyle wakes up chained up in his own house as Blake smiles down at him. He relishes in his freedom and slaps Kyle around a bit, reminding him The Merge is coming.

Giles attends to Rose, who lets him tie her to the bed in case she turns. At the motel a woman shows up at Amber and Allison’s room claiming to be housekeeping. Blake tears Kyle’s house to shreds screaming that he has found the wrong beacon. He tells Kyle that his daughter is the light because he keeps seeing her slamming the door on The Merge. The woman bludgeons Blake from behind, allowing Kyle to break free and attack. They exchange blows until Blake miraculously escapes.

Rose tells Giles she’s feeling much better and he is ECSTATIC. He tells her this is war and they’re in this together. Megan puts Holly in her car and tells Rev they’re leaving these lunatics. He agrees and tells her to go as far as she can. Giles heads outside to give Rose her dinner but finds her hanging by her scarf on a tree. He drops the plate and sobs, trying to give her CPR but she’s gone. Bob returns to the motel to find the shower running but no one home. Shit. Kyle heads to Giles’ house and learns the bad news.

Rev returns to the cellar to find Oscar’s body with a glass lodged in his neck. Sidney clubs Anderson over the head and hobbles away. The Rev catches up to him and shoots him in the back. Dr. Park finds Blake covered in blood chilling outside of a laundromat. He tells him he’s done doing his bidding, but there may be someone like him that could help. In the cellar Dakota tells Rev she befriend him to get to Kyle. Sidney laughs at the diss as Rev holds him by the collar. Sidney continues to taunt him so the Rev tries to strangle him to death. Kyle runs in and stops him and asks Sidney what’s so special about his daughter. Sidney says, “You lose, Kyle” before finally dying. Suddenly, a man named Simon walks in and tells Kyle, “Hello, son” before telling Rev he’s not welcome there anymore. The lighthouse members group up and the Rev leaves.

Megan has trouble pumping gas at the gas station so she goes inside to ask for help. The woman behind the counter stares at her and then Dr. Park shows up. He tells her it would be a shame if anything happened to her because her baby is VERY important. He offers to help when Megan notices Holly’s out of her car. She runs outside and finds her with Blake. The Rev returns to his old church and tells the congregation he needs somewhere safe to stay. Florence tells him since the town meeting they’ve been praying for a sign and he’s it. She apologizes for turning her back on him and asks him to show them the way. The Rev walks up to the pulpit and looks at his old congregation.

What did YOU think of tonight’s shocking episode? Tell us in our discussion!

Where to Find Store Exclusive Variants This Walking Dead Day!