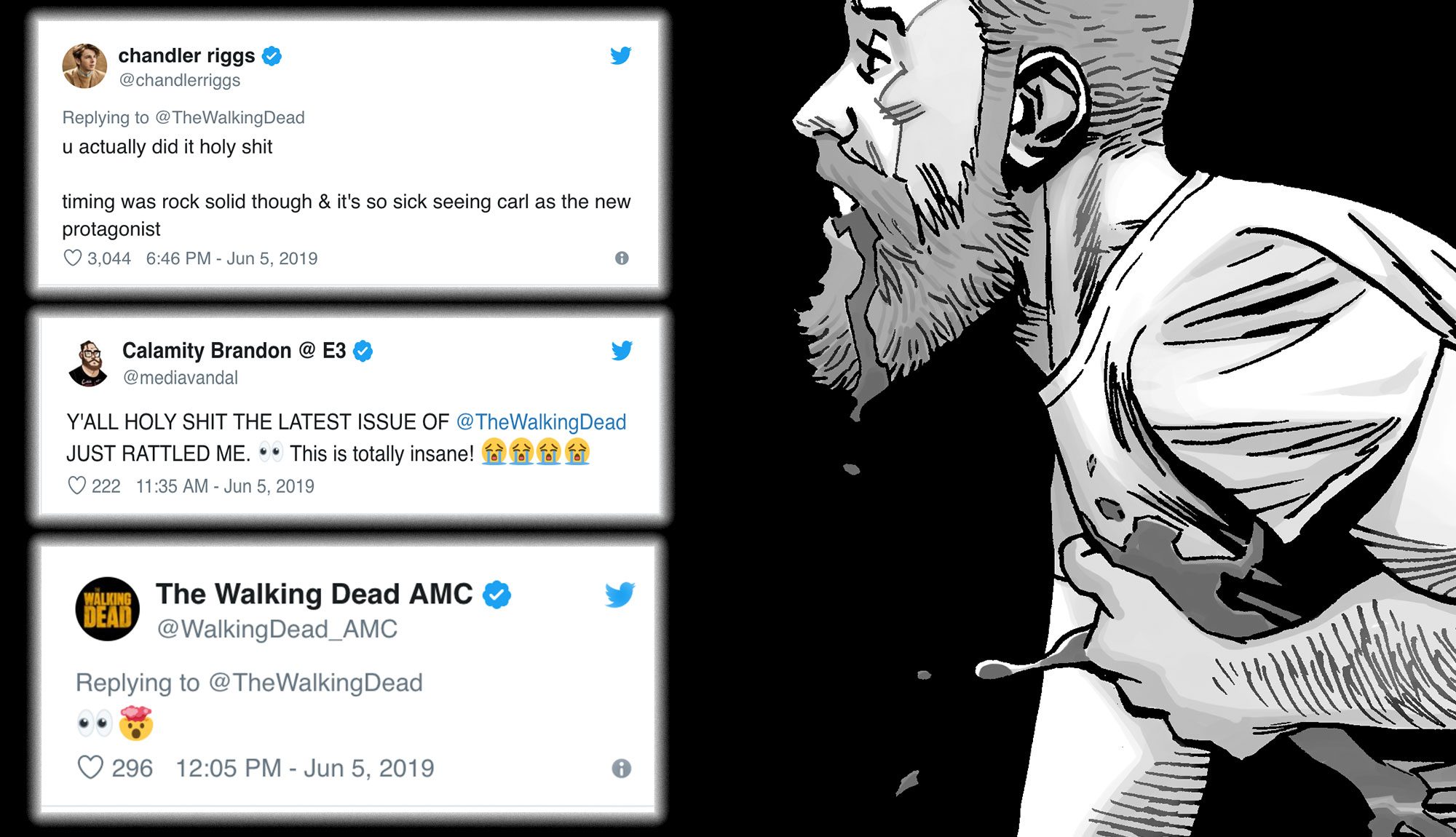 Walking Dead fans were understandably split on the death of Rick Grimes in Issue #192. Some were livid while others were understanding while others didn’t know how to feel. So, we decided to compile ALL the reactions (positive and negative) as a temperature read of the fanbase. See the best responses from Twitter below, starting with Chandler Riggs himself.

u actually did it holy shit

Y'ALL HOLY SHIT THE LATEST ISSUE OF @TheWalkingDead JUST RATTLED ME. ? This is totally insane! ???? pic.twitter.com/ksi9FZsj4p

That's exactly the point of the apocalypse.
You might die anywhere and anytime …no matter how it happens or who you are.
The world will carry on no matter who dies and who survives.

rest in peace to this legand. may sebastian get killed brutally soon.

i'm happy-even though i will miss our hero. this opens up the door for a lot more needed space for underdeveloped characters and subplots. hell, i would just like an entire six issues of sub-plot threads and progression.

I'll be honest and controversial here, but I actually kinda liked how he went out

All I can say is Wow

The Walking Dead just did the impossible. They DID it. The end of an era.

The Walking Dead issue 192. It finally happened. Never thought it would. Don't know how i feel yet. 🙁 #TheWalkingDead pic.twitter.com/K7XlWOdD2G

To everyone that are possibly going to stop reading/watching TWD:

There's something that we still need to learn on this story: nobody gets a happy ending. You guys can say "That's what Kirkman said" yes I know about it but it's the true. And

every character that died is sad to see them go but today was different. Rick Grimes died today and I'm really sad that his gone and we already know that he wasn't going to survive during the 300 issue run. Everybody is saying that his death was really lame.

But it's the reality on this story. Sometimes the characters can't have a heroic death by sacrificing themselves for others. They can died by different ways and it really sucks that they can die like this but like I said it's reality of what happened on this issue

Hey ⁦@RobertKirkman⁩ !
It was an honor meeting you on the set of #JayAndSilentBobReboot.
Just read Walking Dead #192 and I want you to know:
Fan for Life. pic.twitter.com/Qq9QomNiSk

He survives The Governor, the Saviors, and the Whisperers…only to be killed by a spoiled brat with a gun.

I respect the hell out of issue 192 of Walking Dead for doing the 'INCREDIBLE SPOILERS OH FUCK' thing they just did. I'm in shock.

That's how you kill off you MAIN character ? This is not cool. He was the driver of the story. Don't start me with Carl and Negan. Rick deserves a better way to go.

'The Walking Dead #192' is a truly shocking, bold and exceptionally well-executed comic that will be long remembered as a crucial turning point for the franchise. https://t.co/QBokbrDRl5 pic.twitter.com/BRSOuthlN4

Ya know, I get Rick is dead, fine, but after decades of being a loyal fan we deserved a better ending. Took my money and this is the weak story you give us?? Feeling ripped off tbh. Same goes for show @WalkingDead_AMC

Don’t listen to the negative criticism of your storytelling decision. Shakespeare would have written it similarly. Even though this is a fictitious zombie world, what happened in 192 was one of the more realistic moments in the series.

So I just read issue 192 of Walking Dead

And it finally happened

That's all I'm gonna say, I wish to see where this goes, it was always planned from the start, and now, well, the comic is still great, so I trust Kirkman with it

I’m just pumped about the last comment of the letter hacks… anyone else catch that?!

THE WALKING DEAD ISSUE #192 CAN FIGHT ME DAMMIT

YOUR HURTING MY FEELINGS ??? pic.twitter.com/tdBIdC7l1b

I feel off the comics awhile back but after this i feel i need to jump back on. super shocked that actually got the balls to do THIS, good on you @RobertKirkman for taking a much needed risk.

When Robert Kirkman has hinted at this for ages, but the impact of reading The Walking Dead #192 still stings nonetheless. #TheWalkingDead pic.twitter.com/bJaMjuujS7

Boy how Carl has grown from this… partially. pic.twitter.com/FmubeW7a9H

I'd take the response of those that loathe that you didn't give Rick a heroic, Hollywood-like demise as a testament to what an incredible and inspiring character Kirkman had created with this world.
What a legacy to leave behind, and I can't wait to see where we go from here!

Just read The Walking Dead issue 192. Yeah… happy I switched to floppies a long while back and avoided spoilers. I love when things are unpredictable. I love when I don’t know what’s coming next. #TWD #TheWalkingDead #ImageComics pic.twitter.com/S7qBpRNvVs

Rick is powerful even in death. His legacy lives on in Carl and all of them

THIS IS TRULY AN END… The Walking Dead 192 REVIEWhttps://t.co/6kMnKrPMG7 pic.twitter.com/7ECJpn1ZeQ

**The Walking Dead Issue 192 Spoilers** @TheWalkingDead #TWD Been waiting 191 issues just to see Walker Rick! From the very 1st time I read issue 1, I thought to myself "I wonder if Rick will ever become a walker" So now this is my new favorite issue of all time! #WalkerRick pic.twitter.com/llodrb0789

Fuckity Fuck Fuck, this last issue of Walking dead (#192) caught me offguard and left me with a bitter taste.

Can't wait to see how the story develops in the next issues. pic.twitter.com/OlGmwQVMEd

Spoilers for "The Walking Dead" issue 192
.
.
.
.
.
– I am honestly shocked that Rick is actually gone, and that his last moments were spent bleeding out in his bed with no one around, that being said, can't wait to see where we go from here #TheWalkingDead

As much as I'm sad about his Rick's death and about how it happened, I'm also love that you stayed loyal to TWD rules and nature:
NO ONE IS SAFE

No one is safe, indeed! What did YOU think of The Walking Dead Issue #192 now that a week has passed? Tell us in our comments our join our discussion!

Dwight Crosses Over Into Fear the Walking Dead This Week

Fans React to Fear the Walking Dead Season 5 Episode 2: "The Hurt That Will Happen" 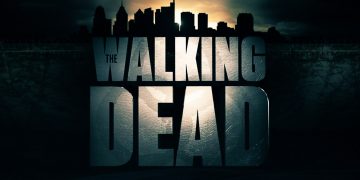 The untitled Walking Dead movie centered around Rick Grimes gets a teaser trailer. The movie will be produced by Universal, Skybound, and AMC. 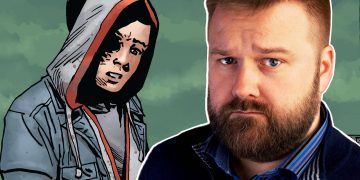 Robert Kirkman told The New York Times he's been planning you-know-who's fate for years, and is symathetic to fans who are upset with the outcome. 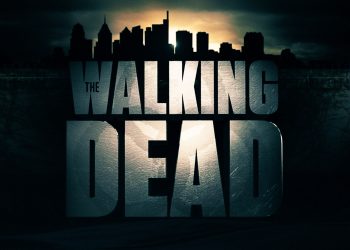 The untitled Walking Dead movie centered around Rick Grimes gets a teaser trailer. The movie will be produced by Universal,... 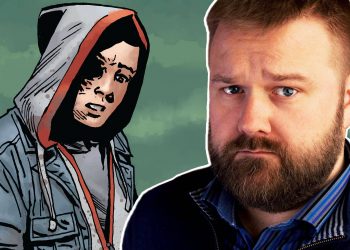 Robert Kirkman told The New York Times he's been planning you-know-who's fate for years, and is symathetic to fans who... 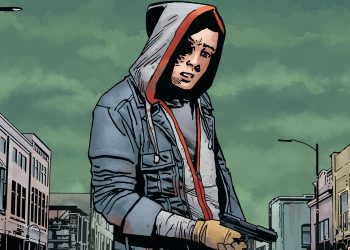 Trouble at the Commonwealth seems to continue all the way into June. At least it will if we're to take...