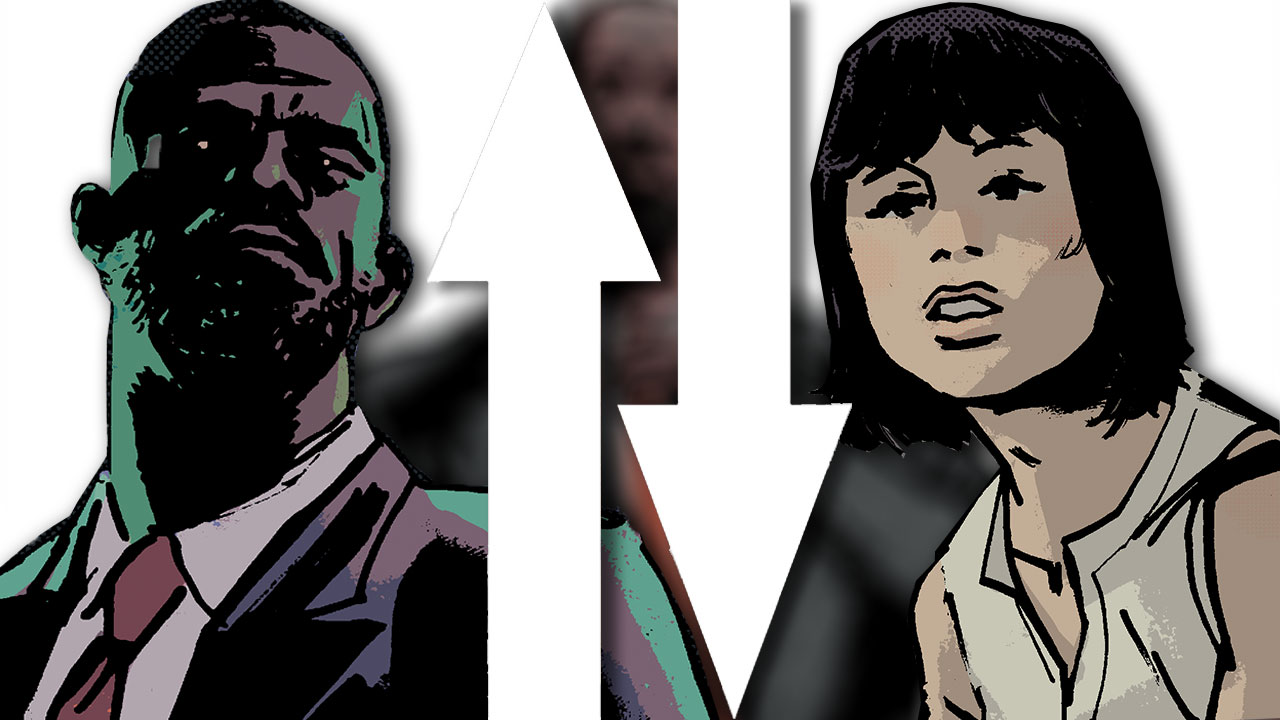 A huge new character has appeared and our Power Rankings were altered as a result.

Simon was able to wrangle Daphne back to the house and convince her to stay, so for that (along with his essential super powers) we’re keeping him at the top of the list.

Kyle shaved his beard and his doubt this issue. We’re glad to hear he’s feeling stronger – they’ll need it if they want to face new foe Rowland Tusk.

Speak of the devil – Rowland Tusk is the intimidating, no bullsh*t kind of the leader that the merged folks of Rome need in Sidney’s absence. No, he’s not the second coming of Sidney – he’s even more. Expect MUCH more from him in the coming issues.

Reverend Anderson still controls a sizable group at his new church, so for that we’re keeping him high up.

Daphne is going to play a much larger role in the coming issues. She’s more powerful than you might think.

Chief wasn’t in this issue – so until he returns we’re bumping him down a peg.

Finally, the merged Romans have a leader yet again. We can’t reveal what Rowland Tusk will do now, but expect the Romans to become more powerful because of him.

Allison’s only getting moved down because of everyone else rising up.

Hey Meg, we know you don’t know anything about Daphne but chill fam! She’s just a screwed up little girl who’s been through a lot more than you have. We’re glad she changed her tune by the end of this issue, but she still has to be at the bottom with everyone else rising up.

How did you feel about our new rankings following this issue? What can we expect from Rowland? Find out in the all-Rowland Issue 31!

An Inside Look Into Fear the Walking Dead Episode 311