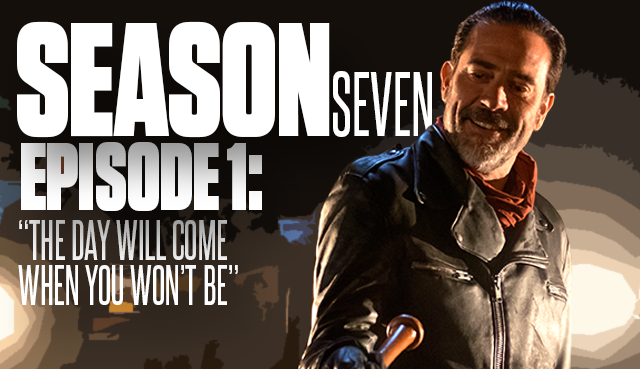 Here we go…arguably the most anticipated season premiere of all time. The Walking Dead Season 7 opens with a familiar scene, a stunned Rick on his knees moments after Negan’s kill. Just like the comics, Negan seems elated and Rick promises to kill him. “Not today, not tomorrow, but I’m gonna kill you.” NOT like the comics, Negan taunts Rick and drags him into the RV. The camera pans down to reveal the brains and remains of his victim.

In the RV Negan throws Rick around, puts the axe on the table, and drives off. Negan mocks Rick for threatening to kill him. “Your best chance to is to stand up, grab that axe, and drive it through the back of my head.” Rick does but Negan’s ready for him and holds him at gunpoint. He reminds him to remember what happened and realize what COULD happen. As they ride through the fog Rick experiences flashbacks of Negan’s kill.

Negan throws Rick’s axe out the door and forces him to retrieve it. Rick’s surrounded by walkers in the fog and daringly makes his way on top of the RV, where he collapses. Time to re-live the horrific incident. He flashes back to Negan’s sick eeny meeny game, where Negan ends up picking……Abraham. He brutally bashes in Abe’s skull as the rest of the group’s forced to sit motionless, crying. Abe tells Negan to suck his nuts, Negan laughs, and then finishes the job, beating Abe’s head to a pulp. 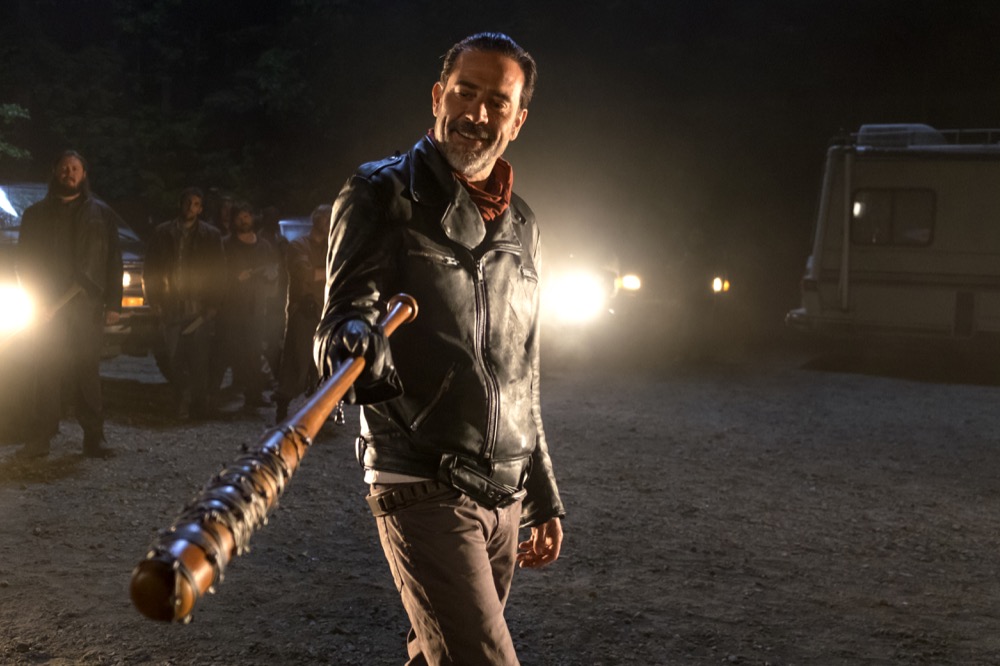 Negan waves his bloodied Lucille in front of Rosita and forces her to look at it. Unable to tolerate his cruelty for another second, Daryl springs to his feet, clocks Negan in the face, and the Saviors restrain him. “Not one bit of that shit flies here,” Negan warns. Dwight points Daryl’s own crossbow at him but Negan has other plans and lets him live. He then says, “I need you to know me…back to it” turns and HOLY F**K bashes in Glenn’s skull! Glenn lifts his head, bloodied with his eye protruding and calls out to Maggie’s. Negan taunts him while the rest of the group is completely emotionally devastated. Negan apologizes and then gruesomely finishes Glenn off, beating his skull into nothing. “I’m just getting started,” Negan pants with a grin. He turns to Rick and asks, “What, was the joke that bad?” 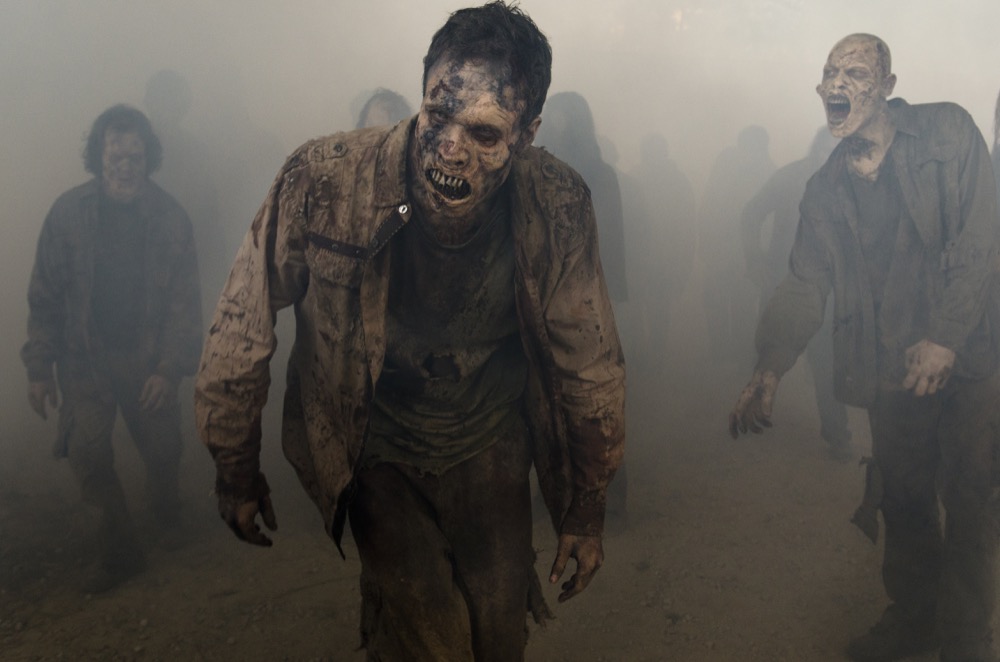 Later, Negan returns Rick back to the scene of the crime and tells him that trip was meant to change the way he looks at him. Negan ties his belt around Carl’s arm, lays him on the ground, and marks a line on his forearm. Negan instructs Rick to cut his son’s arm off or he and everyone in the group will be killed. Rick pleads with him to have his arm cut off instead but Negan insists “this is the only way.” Negan becomes impatient and begins counting down from 3. Rick sobs and pleads Negan not to let him do it. Rick raises the axe, cocks his arm, and Negan stops him.

“Rick, you answer to me. You provide for me. You belong to me, RIGHT?” Negan demands. Finally satisfied with Rick’s emotional breakdown, Negan announces to the group, “Today was a productive damn day!” and warns them if they don’t answer to him, they’re all going to die. Negan instructs Dwight to take Daryl prisoner, gives the group one of their trucks, and says they’ll be back for their first offering in one week.

As Negan and the Saviors leave, Rick’s group is left defeated, furious, and emotionally exhausted. Maggie rises up and instructs Rick to prepare to fight the Saviors. She decides to finish her trip to The Hilltop and Sasha volunteers to go with her. The group comforts her and together, they leave. We then witness a dream-like sequence of the entire group (including Abraham, Glenn, and Maggie & Glenn’s baby) enjoying dinner together in Alexandria. This is the future that they were meant to have, but everything’s changed now. It’s Negan’s world and for the moment, Rick’s just living in it. Rick picks up his axe, gets in the RV, and drives off.

What did YOU think of this emotional finale? Were you shocked at the deaths? What do you predict will happen from here on out?? Give us ALL your reactions in the comments below!