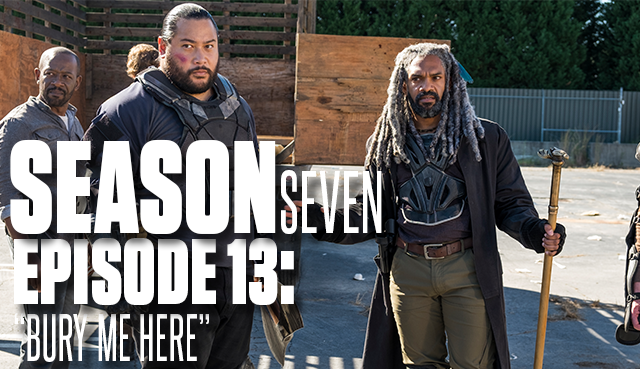 We’re back at The Kingdom where a fed up Carol asks Morgan what’s really going on. He defends himself and suggests they leave for Alexandria, but she departs in a huff. Later, one of Ezekiel’s people gives him a much-needed metaphor about tearing things apart knowing they’ll grow back. As the knights prepare to go on a mission, Richard pens a letter to someone warning them to wait for him. Sounds like someone has a death wish!

Ezekiel and his soldiers meet the Saviors (late) and present their fruit offering, but Gavin demands they surrender their guns, too. For once, Ezekiel resists but Morgan and Richard convince him to do it. Gavin claims they’re short a melon and now things will have to “get emotional.” The Saviors draw their guns, Richard says, “Do it,” and one of the Saviors, Jared shoots Benjamin in the hip. Gavin demands they bring the one remaining cantaloupe tomorrow, and then leaves them to deal with Benjamin. 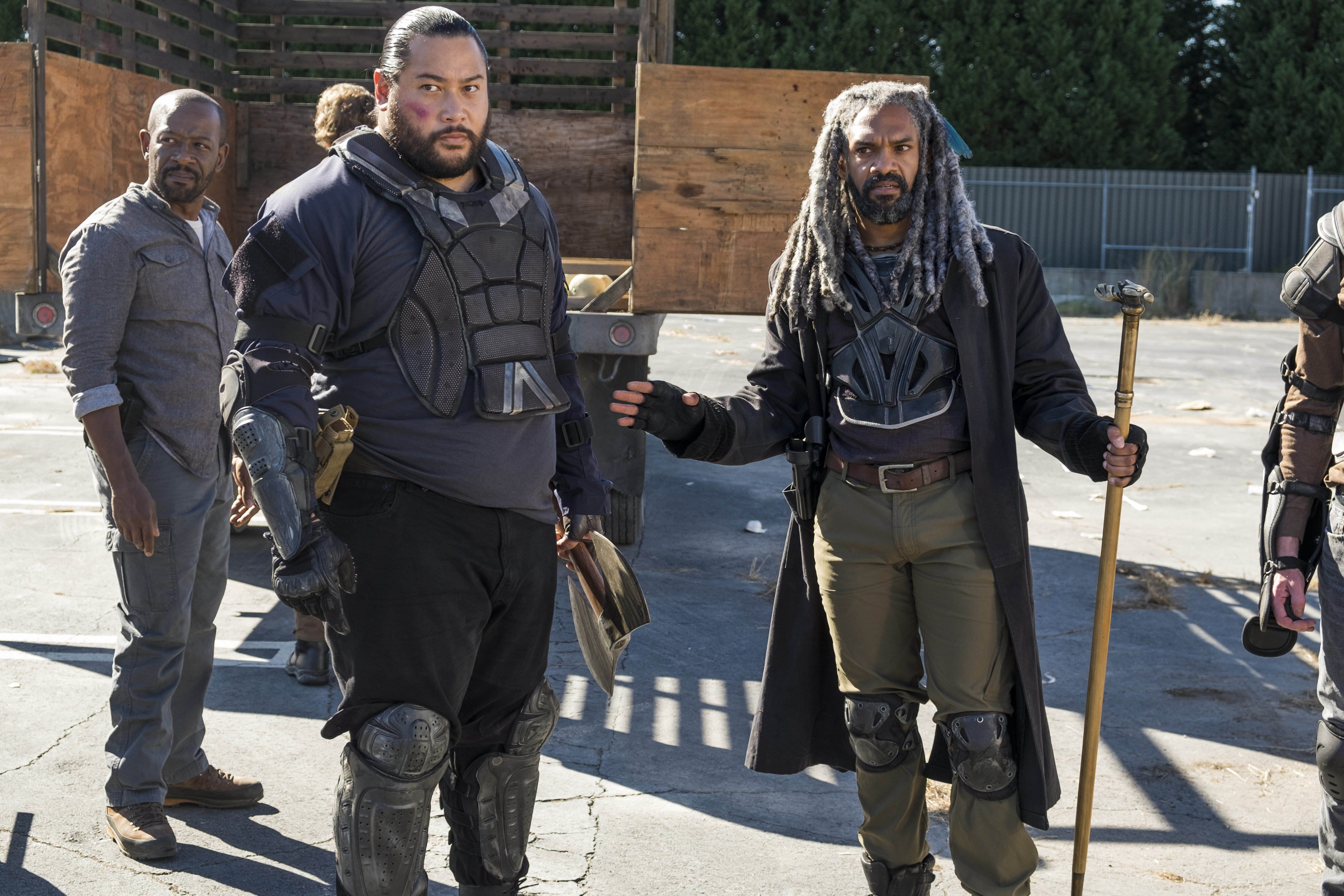 Ezekiel and his men speed to Carol’s house to tend to the severely injured Benjamin. Carol tries her best but unfortunately Benjamin doesn’t make it (NOOOOOOOO!) The men stand in silence as the gravity of the situation presses down on them. Later, Morgan sits in an open grave and tries multiple times to cut his own wrists. Although he can’t bring himself to do it, his demons return and he yells, “Stay away from me!’ in the streets (Crazy Morgan is BACK!) He then discovers the missing cantaloupe, knowing full well that Richard sabotaged their delivery to get himself killed and start a conflict. 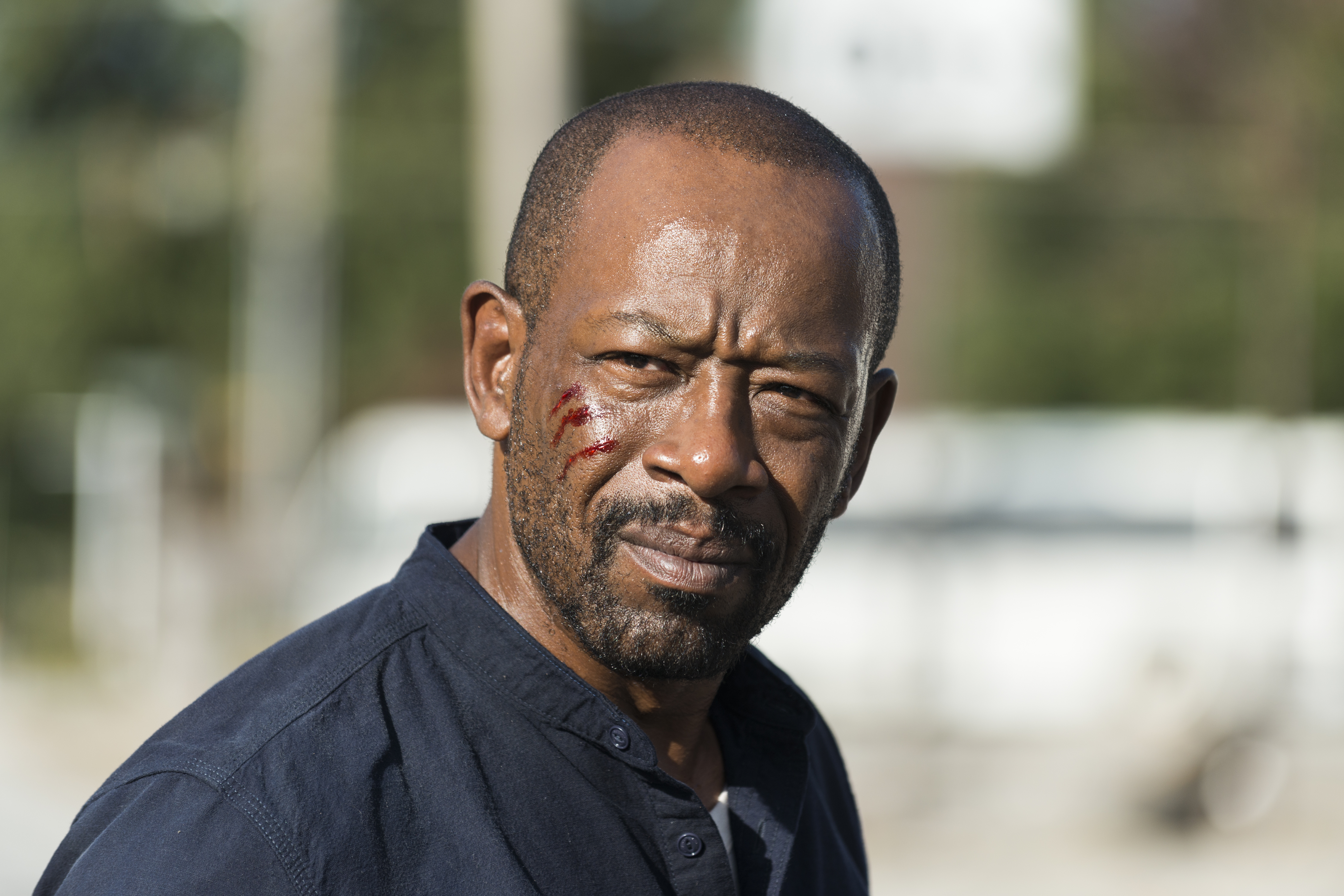 Furious, Morgan confronts Richard, who admits he thought HE would get killed by the Saviors. He reminds Morgan a piece of fruit is the difference between life and death with The Saviors, and that he warned everyone how dangerous the Saviors are. He confesses he lost his daughter and wife at the onset of the apocalypse, and because of that, he’s ready to die. He goes on to suggest they can use Benjamin’s death as motivation to fight the Saviors. He warns Morgan he’ll have to kill again, and then hands him a knife. 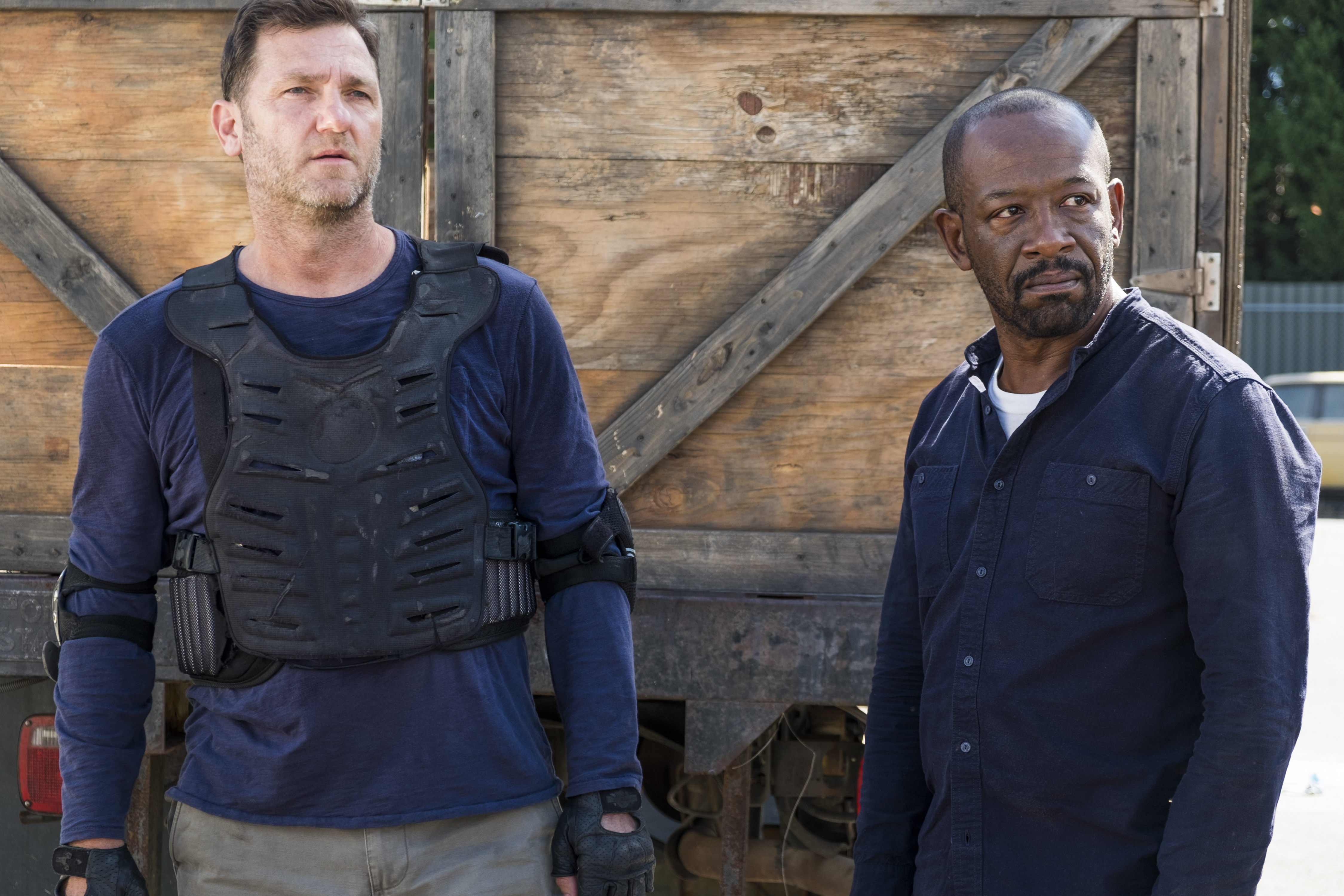 The next day, Ezekiel and his soldiers arrive at the meeting place with their single fruit offering. Morgan asks Richard if he told Ezekiel about Benjamin, and he says they’ll discuss it later. Morgan retrieves his staff right as The Saviors arrive. Gavin learns of Benjamin’s death and demands Jared WALK back to The Sanctuary as punishment. Richard hands them the cantaloupe and suddenly Morgan strikes Richard in the face with his staff. Jacked with rage, Morgan jumps on top of Richard and STRANGLES HIM TO DEATH! Morgan catches Ezekiel and the rest up on Richard’s sabotage. He then informs Gavin that they “get it,” and know what to do to go on. The Saviors leave and Morgan explains Richard’s motive, accidentally calling him “Duane” (ohhhhhhh Jesus). 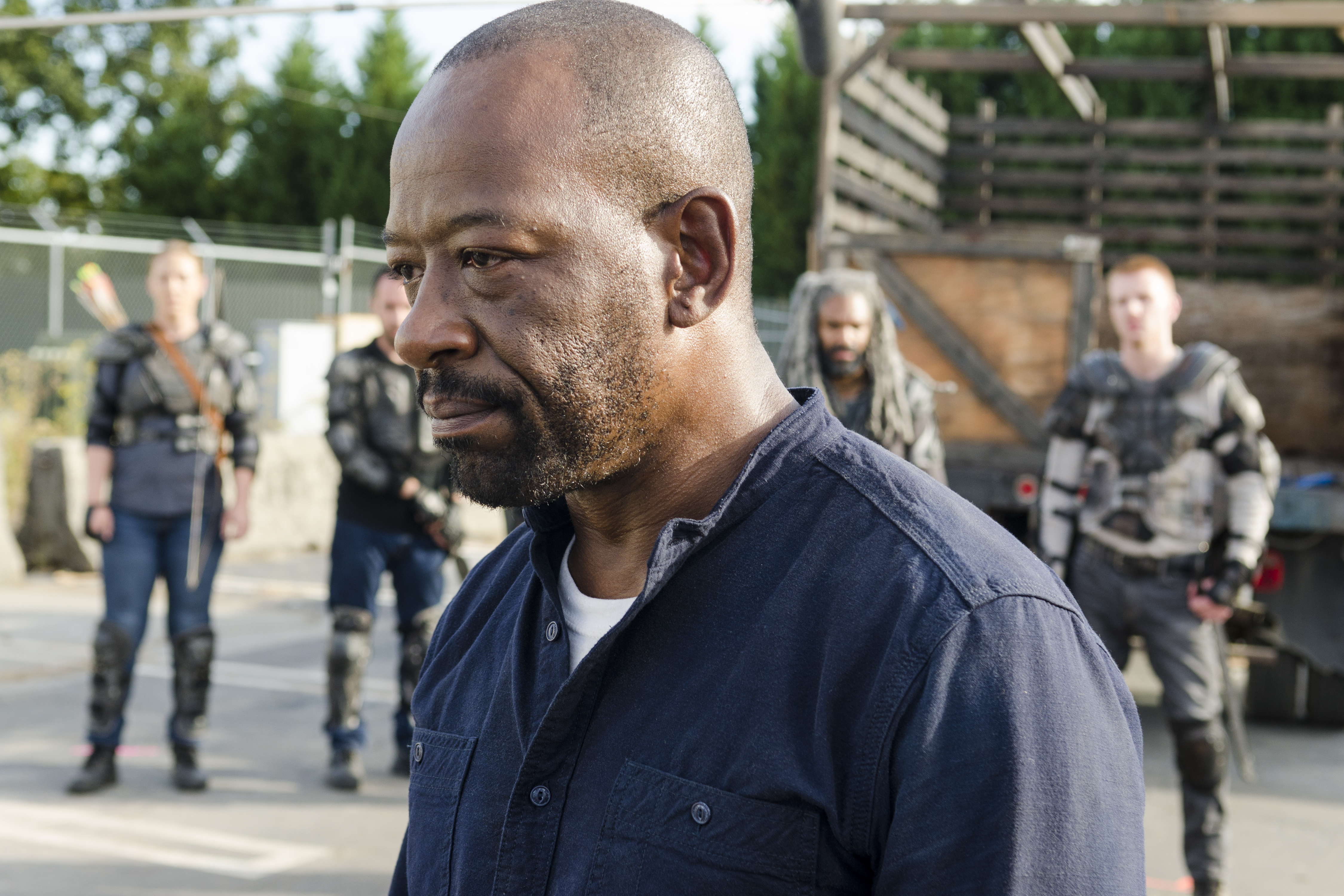 Morgan walks back alone, where he buries Richard and his daughter’s back pack in the grave that he almost killed himself in. Later, Morgan visits Carol to tell her about Benjamin and (finally) Glenn, Abe, and the rest. Carol leaves her cottage to return to The Kingdom, where she informs Ezekiel they need to fight. Surprisingly, he agrees, but warns, “We do, but not today,” he says. Back at her cottage, Morgan sharpens the end of his staff, officially marking the end of his peaceful ways.

What did YOU think of the episode? Did Morgan make the right choice?? Tell us in the comments!