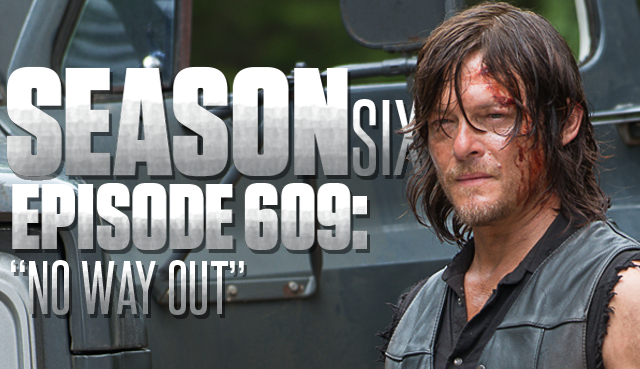 The Walking Dead Season 6 Episode 9: “No Way Out” Recap & Discussion

The Mid-Season premiere picks right back up with the Biker gang informing Daryl, Sasha, and Abraham their property “now belongs to Negan.” The main biker seizes their guns and instructs one of his men to have Daryl show him the rest of their truck. Known to us but not the gang, this is not a group to mess with. Daryl takes matters into his own hands and shoots a RPG at the gang and BOOM, they’re free and back on their way.

Meanwhile, Alexandria is still overrun by a horde of walkers that Rick and the gang gingerly trek through outfitted in walker gut ponchos. Rick hatches a plan to use the vehicles at the quarry to round up the walkers. Father Gabriel offers to keep Judith safe in the church in the meantime. 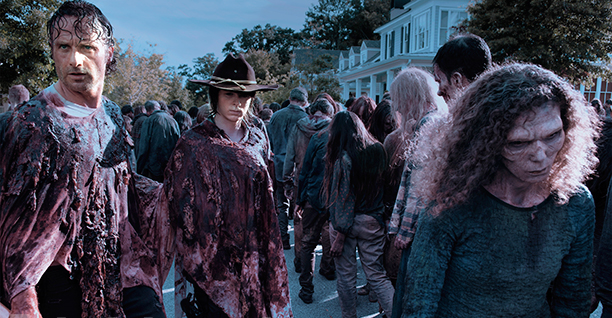 A few houses down, Tara pleads with Rosita to rescue Denise from the Wolf outside but Rosita talks her down. Carol comes to, borrows Rosita’s gun, and heads off to find The Wolf. Meanwhile, Glenn and Enid scour the church for resources to rescue Maggie from the watchtower (Enid locates a much-needed gun at the pulpit). Outside, The Wolf concocts a plan to jump over the wall with Denise and make her his wolf bride? 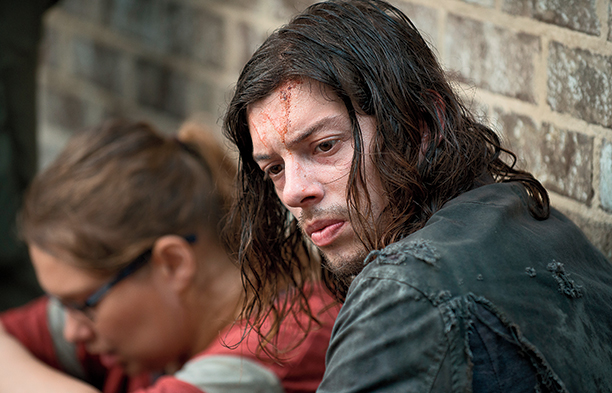 ANYWAY, now nighttime, Sam (who’s the worst) becomes upset after spotting a child his age who’s turned. Jessie tries to calm him down when a GROUP OF WALKERS COME OUT OF NOWHERE AND START EATING HIM. Paralyzed by emotion, Jessie herself BECOMES CONSUMED BY THE WALKERS. An emotional Rick overcomes his flashbacks and axes Jessie’s arm off of Carl, causing his gun to fall. Ron grabs it, aims it at Rick, and is STABBED by Michonne from behind. As he falls he fires the gun and HITS CARL IN THE RIGHT EYE, re-creating up the iconic “Dad?” scene from the comics!!!! 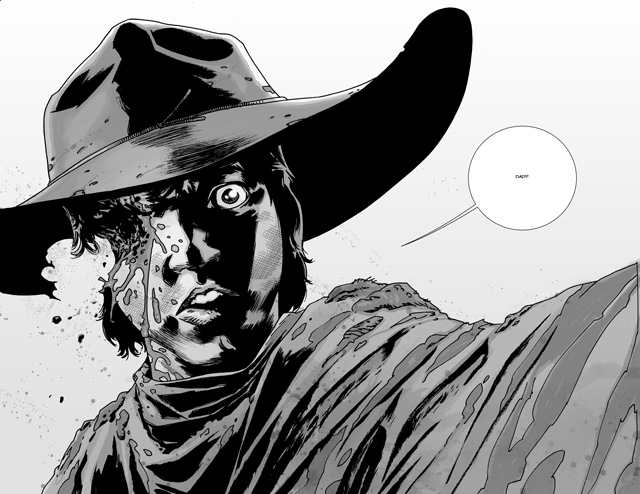 A distraught Rick grabs Carl and they sprint towards the infirmary while Michonne carves a path. Meanwhile, the Wolf and Denise make their way to the guard post. They’re immediately surrounded and The Wolf surprisingly saves Denise from a walker…but is consequentially bitten. They run towards the infirmary when Carol shoots the Wolf in the chest. In his last moments, he tackles a walker to let Denise escape (Morgan was right, he CAN change……oh well).

Denise makes it back to the infirmary on time for Rick to show up and ask her to save Carl. While she works on Carl’s eye (or what’s left of it), a vengeful Rick heads outside to deal with his emotions. Axe firmly in hand, Rick goes full Mel Gibson from The Patriot on the walkers. Michonne and the others head outside to help him, creating an all-out brawl. Olivia, Eric, Rosita, Tara, Carol, Morgan, and even Father Gabriel and Eugene join the Avengers-esque battle. 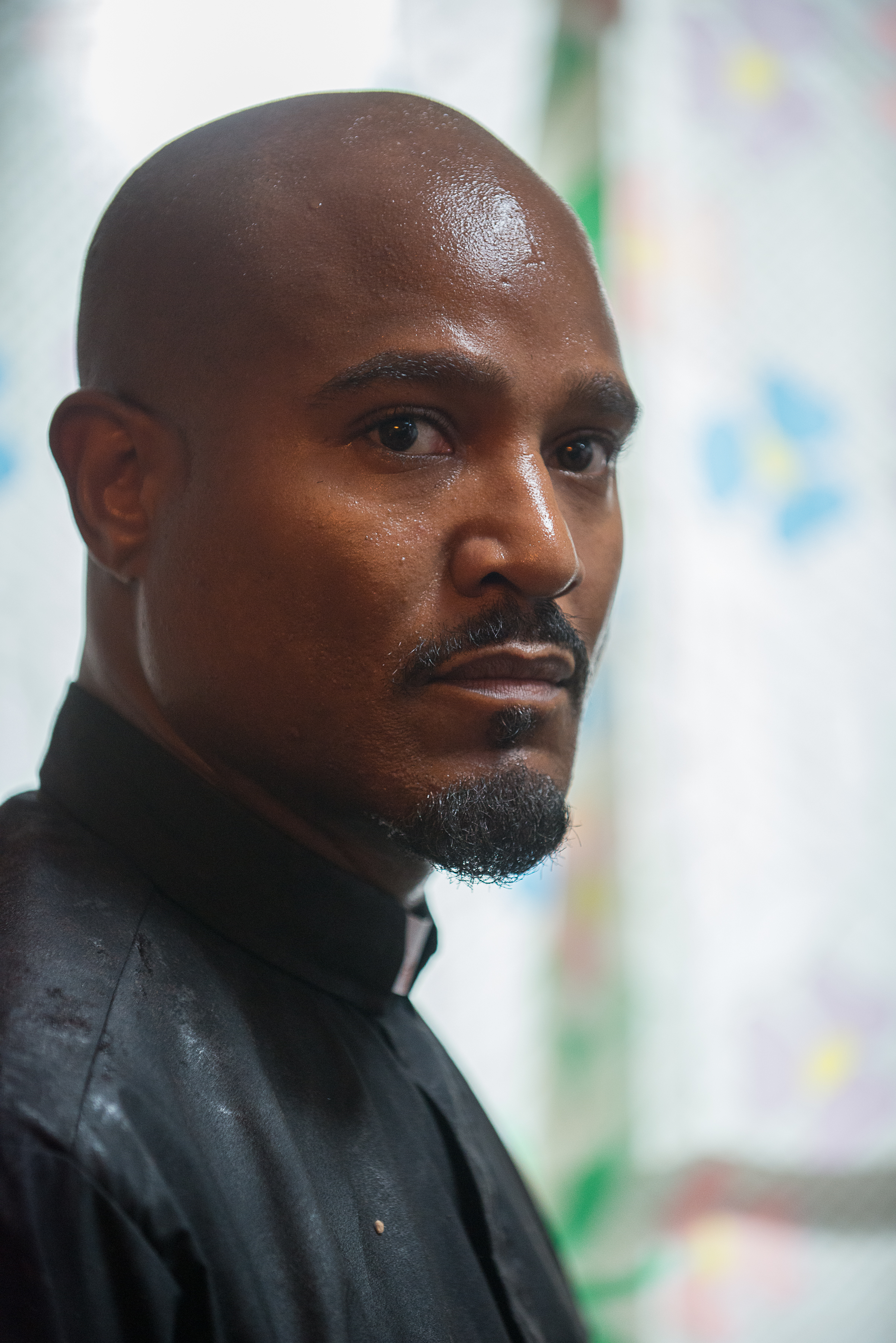 Glenn makes it to Maggie and creates a distraction to allow Enid to help her climb down. Backed into a corner and out of ammunition, it looks like it’s the end of Glenn (again). Suddenly, Abraham and Sasha come to the rescue and mow down the walkers with assault rifles. With Maggie safe, Glenn jumps into Daryl’s truck and begins emptying fuel into Alexandria’s lake. Daryl shoots an RPG into the water crating a giant fireball. The walkers naturally walk towards it and catch fire as Rick and almost everyone in Alexandria band together for once to massacre what’s left of the undead. Alexandria has been saved (for now).

It’s morning and the streets of Alexandria are littered with bodies. An emotional Rick sits by Carl’s bedside and admits he was wrong about the Alexandrians not being able to fight. He vows to rebuild the town and begs Carl to wake up. Moments later, Carl grasps Rick’s hand…signaling he’s still alive.

WOW, that was one hell of an episode. Characters were lost, other characters grew, and comic fans got to see their favorite scenes finally come to light! Let us know YOUR thoughts in the comments below: