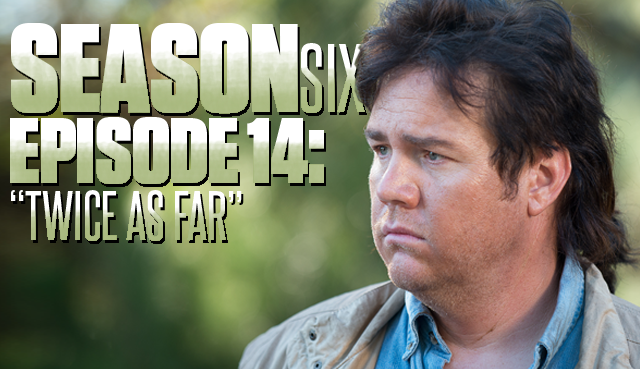 Rick and the gang make it back safely and things seem to be back to normal: Carol’s smoking on the porch (and NOT in front of babies), Morgan’s finishing his prison cell project, and Rosita is leaving…SPENCER’S BEDSIDE?? Anyway, Carol smokes with Daryl and asks about his run-in with the Saviors in the burnt forest (he regrets saving them). He laments that he should have killed them when he had the chance.

As Jay-Z said, on to the next one. Rosita did NOT delay in finding her new man Spencer. Just a couple minutes into the episode and she’s already leaving his bed. MEANWHILE, Denise, Rosita, and Daryl leave for a supply run to a nearby apothecary. Daryl and Denise go into the woods, into the woods to grandmother’s house and home before dark (sorry). Rosita decides to take the faster route on the tracks while Abraham and Eugene set out on their own supply run. Eugene boasts to Abraham he’s changed, adapted, and become a survivor. Literally, he repeats it to himself.

Eugene brings Abraham to an abandoned factory that he says will help them manufacture ammunition (like in the comics)! A walker covered in dried molten metal approaches and Eugene calls dibs on killing it. His machete clangs off of its metal head (whoops) and after some wrestling Abraham is forced to take it out himself. They bicker over whether Eugene could have handled it or not and he reaches the conclusion Abe has “lost his usefulness to (him).” Exit Abraham.

Daryl and Rosita loot the pharmacy while Denise stumbles upon a room that has “HUSH” written on the walls. She gets spooked by a sink of child’s blood (as you would) and weeps outside. The three of them venture back to the truck on the tracks where Denise stops at a car with a walker and cooler inside. Rosita and Daryl warn her the cooler isn’t worth the trouble but she tries to retrieve it anyway. Similar to Eugene, she has trouble killing it but eventually puts a machete in its head.

Daryl scolds her for her actions but she counters that she too, can take chances. She explains that she wants to be brave and help keep Rosita company as she gets over Abe. SUDDENLY, DENISE IS STRUCK BY AN ARROW THROUGH HER EYE (mid-conversation) AND FALLS TO THE GROUND DEAD. Enter The Saviors. 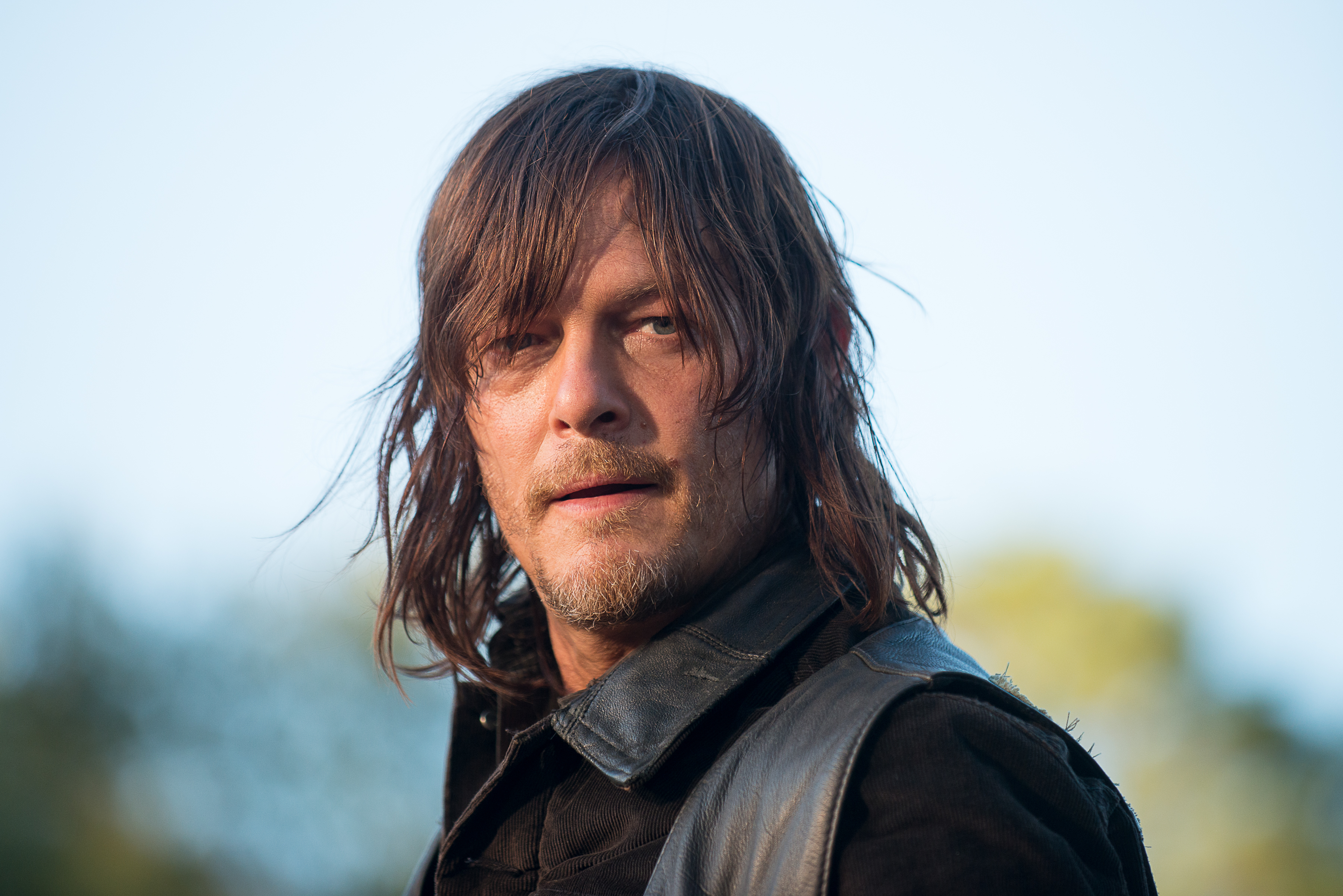 The Return of Dwight

Daryl and Rosita become immediately surrounded by the Saviors and told to lower their weapons. Among them is Dwight, who now sports a half-burned face (like the comics) and is holding Eugene hostage. Daryl tells him he should have killed him when he had the chance and Dwight reveals he meant to shoot him, not Denise.

Eugene spots Abraham hiding behind oil drums while Dwight tells Rosita they’re going to lead him and The Saviors to Alexandria. Eugene rats out Abraham’s location to Dwight and then bites the living hell out of his crotch. Abraham flanks the Saviors from behind and guns them down. Daryl slits one’s throat, grabs his gun, and shoots some others. Rosita saves Abraham as walkers begin showing up. Eugene gets shot in the crossfire and Dwight and the remaining Saviors fall back. Daryl recovers his crossbow and almost shoots Dwight before Rosita commands him to help with Eugene. This is the second time he’s let Dwight get away. 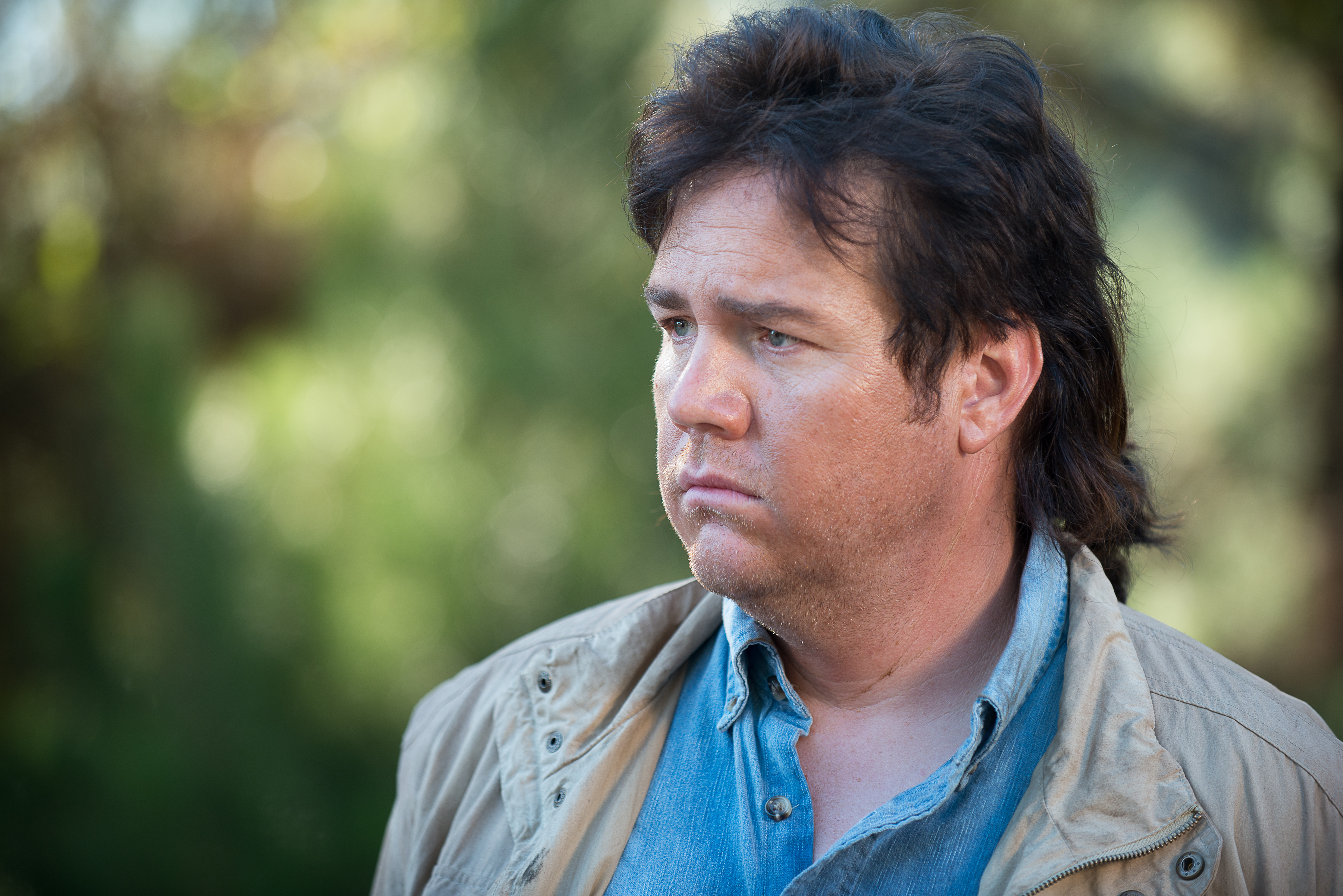 Back in Alexandria Eugene wakes up in the infirmary and makes up with Abraham. Afterwards, Abraham shows up at Sasha’s place and essentially tells her he wants to be with her. Daryl and Carol bury Denise and she tells him he was right. Later, Carol leaves a farewell note to Tobin saying her group will always be threatened and she can no longer kill for them. “I’m going like I always should have. Don’t come after me, please,” she concludes.

SO, what did you think of the episode? How do you feel about them substituting Abraham’s death in the comics with Denise’s death in the show? Where the hell did Carol go? And what one-liner college did Abraham get a PhD from?? Let us know in the comments!