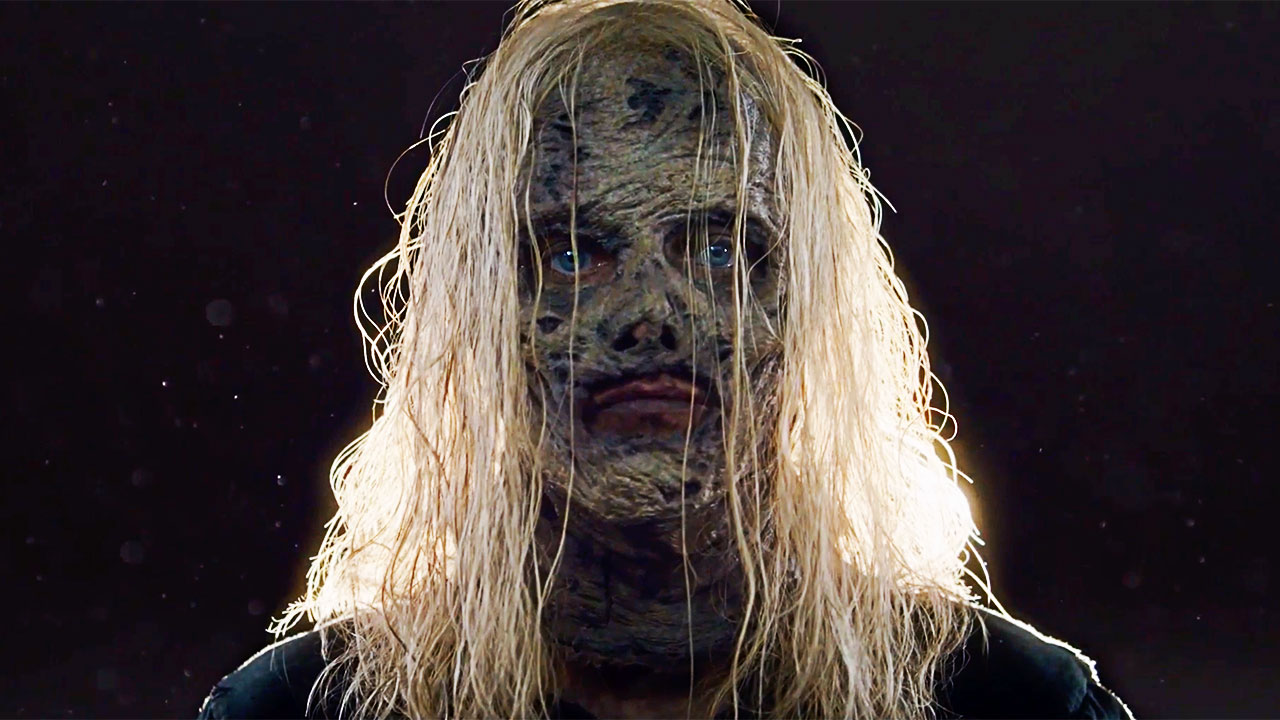 The Whisperers have officially arrived in The Walking Dead. Killing Jesus was only the beginning, we still have yet to meet the main characters of the skin-wearing villains in the back half of Season 9. Thankfully, we now have an HD portrait of their leader Alpha, expertly played by Samantha Morton. And today, AMC dropped a full-on teaser video of her putting on the mask that allows her and her people to blend in with the walkers. Watch it below:

As we’ve mentioned in previous posts, Alpha is the machiavellian leader of The Whisperers who in the comics comes into conflict with our heroes when her daughter Lydia (who will be played by Cassidy McClincy) is captured and taken to Hilltop. We won’t spoil what Alpha does for retaliation, but just know it’s miles worse than anything Negan has done. Additionally, Alpha has a second in command named Beta (played by Ryan Hurst) who will also appear in the second half of the season. We got a tease of him during the 9B Trailer and even compiled fans reactions to his appearance:

If you want the full picture on The Whisperers you’ll have to read the comics or catch the second half of The Walking Dead Season 9, which returns on AMC Sunday, February 10th and Monday, February 11th for some international markets. What are you most looking forward to in the back half??