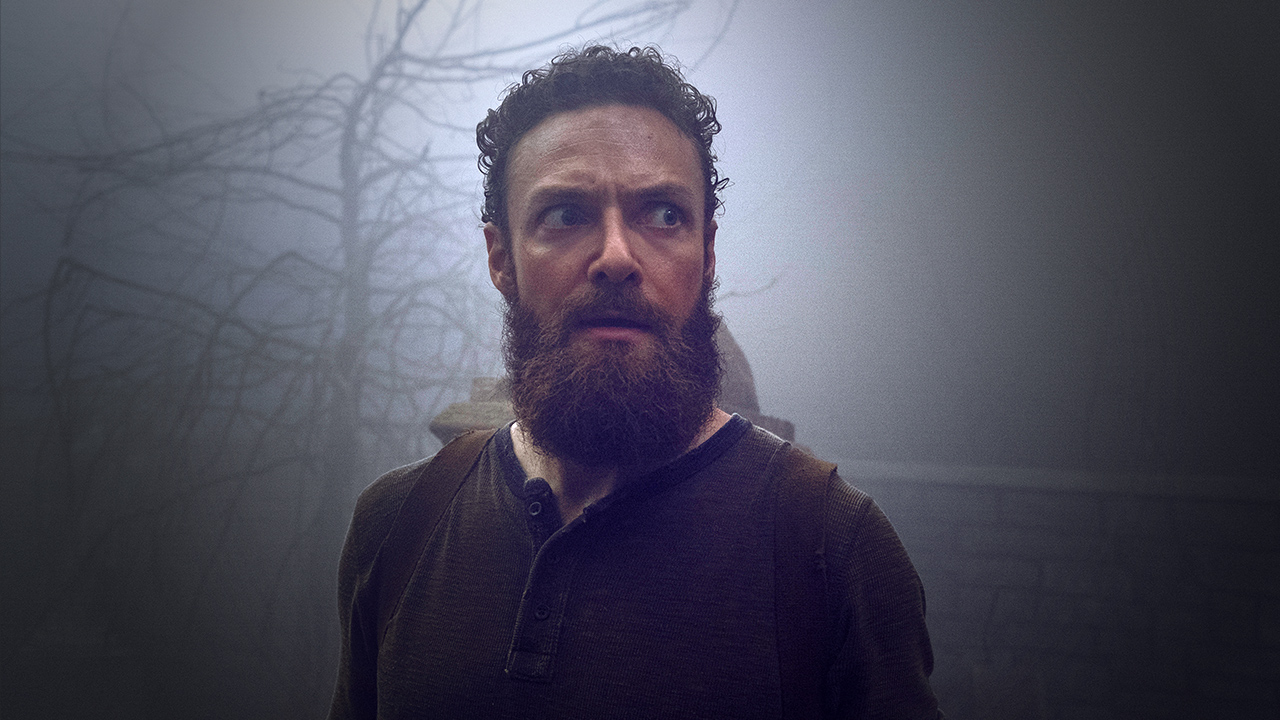 Daryl, Aaron, and Jesus discover a herd moving in an odd way as they search for Eugene. In Alexandria, Gabriel helps Negan meditate in his cell. Negan compliments him on Rosita and brags that he’s heard some interesting things about her from the gossip outside his cell. Gabe ignores it and heads outside, where he receives word that Rosita has been injured. 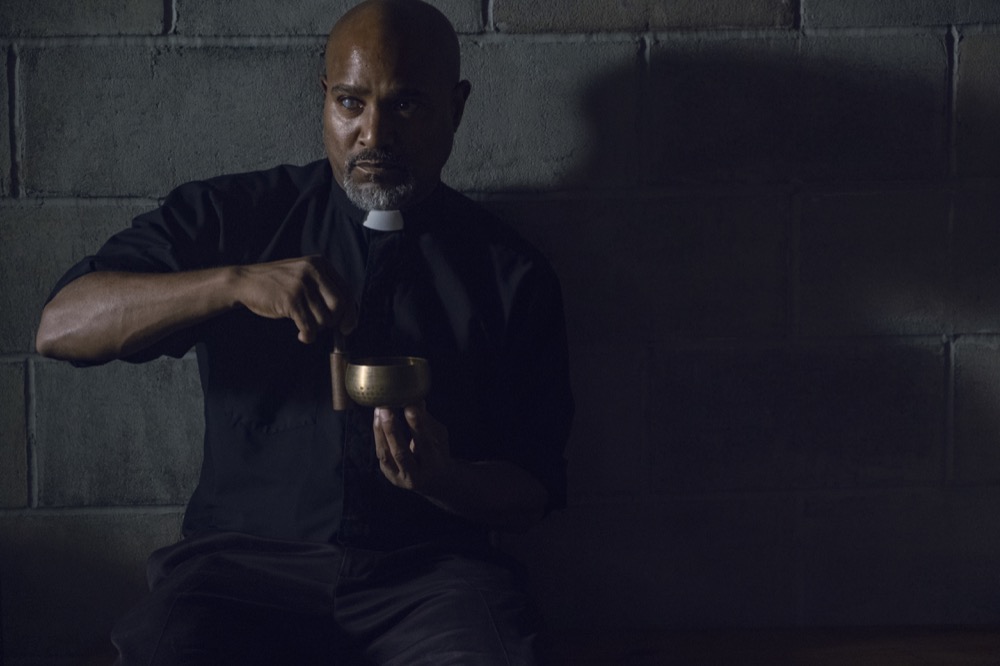 Michonne and Siddiq finally arrive at Hilltop with Magna and the gang, but Diane makes ALL of them surrender their weapons before entering. The relationship between Alexandria and Hilltop has never seemed so strained. Tara coldly greets Michonne and updates her on Eugene, Aaron, Daryl, and Rosita’s situations. She then informs Magna’s group that they’ll have to wait for Jesus to return before deciding on their future, but they can stay here until he gets back. Connie thanks her for everyone and Michonne smiles as she sees Carol briefly appear in the doorway.

Later, Magna questions why Hilltop is led by a guy named Jesus but Connie assures her it’s probably just a nickname. Yumiko suggests they work on proving their worth so they can stay. Michonne then introduces the new group to Carol, who happily introduces herself through sign language, which Connie appreciates. Carol asks Michonne about Judith and RJ and then tells her about Henry moving to Hilltop. Carol asks if she can send a delegate from Alexandria to the fair but Michonne declines. Carol pleads but Michonne remains defiant and wishes her, Henry, and Ezekiel well. 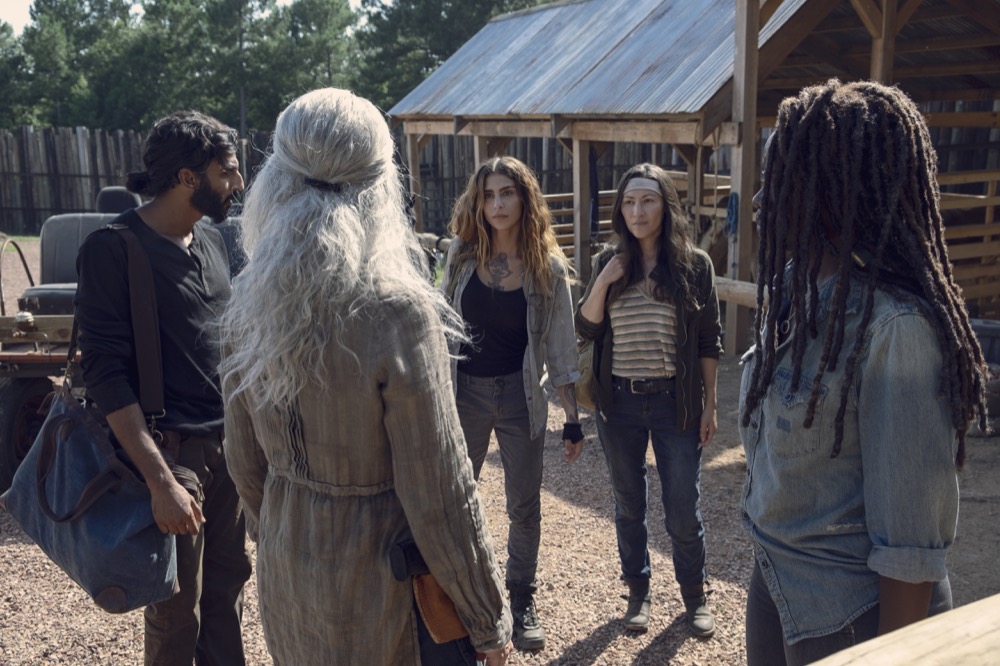 Jesus tells Aaron that Daryl used to trade with Hilltop before his trips got longer. Aaron encourages him to embrace his new leadership role when Daryl cuts them off and says he can hear the walkers nearby through the wind. Back at Hilltop, Diane asks Carol if she can ride back with her to Kingdom and she agrees.

Enid updates Siddiq on Rosita’s condition in the infirmary. Henry shows up and asks Enid for a tour but she gives him the Heisman and tells him Tara could do it. Later, Enid checks up on Henry’s blacksmithing skills and then proceeds to smooch Alden. Henry’s 0-2. Meanwhile, Negan taunts Gabriel to the point where he breaks, and Gabe confesses he’s upset he has to take care of him while Rosita recovers at Hilltop. Negan expresses genuine sympathy. 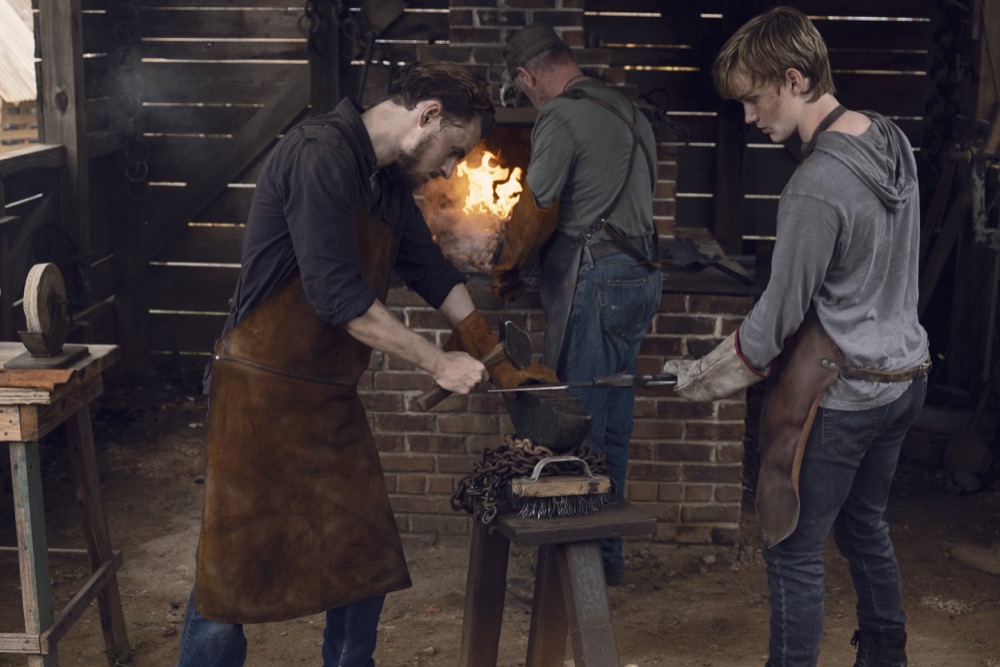 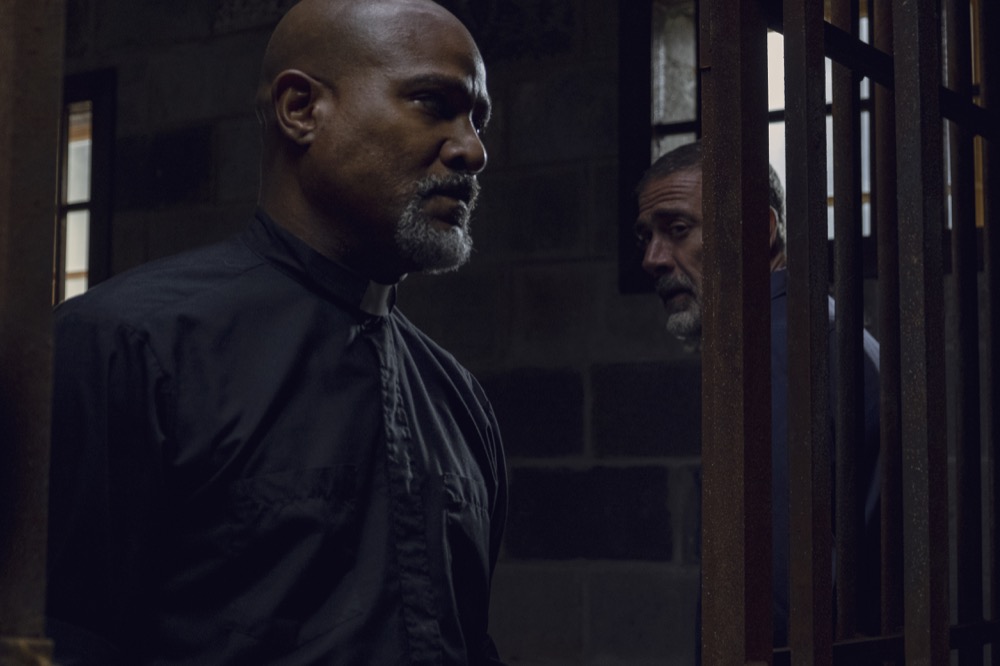 The Hilltop’s local teens see Henry sulking at dinner and decide to make friends with him. They introduce themselves as Gage, Addie, and Rodney and invite them to hang with them in the woods later that night. Henry’s resistant at first but then seeing no other options agrees. At the infirmary Siddiq apologizes to Michonne for keeping secrets from her. Suddenly, Rosita wakes up in a panic and tells them she knows where Eugene is and Daryl and the others don’t know what they’re dealing with. 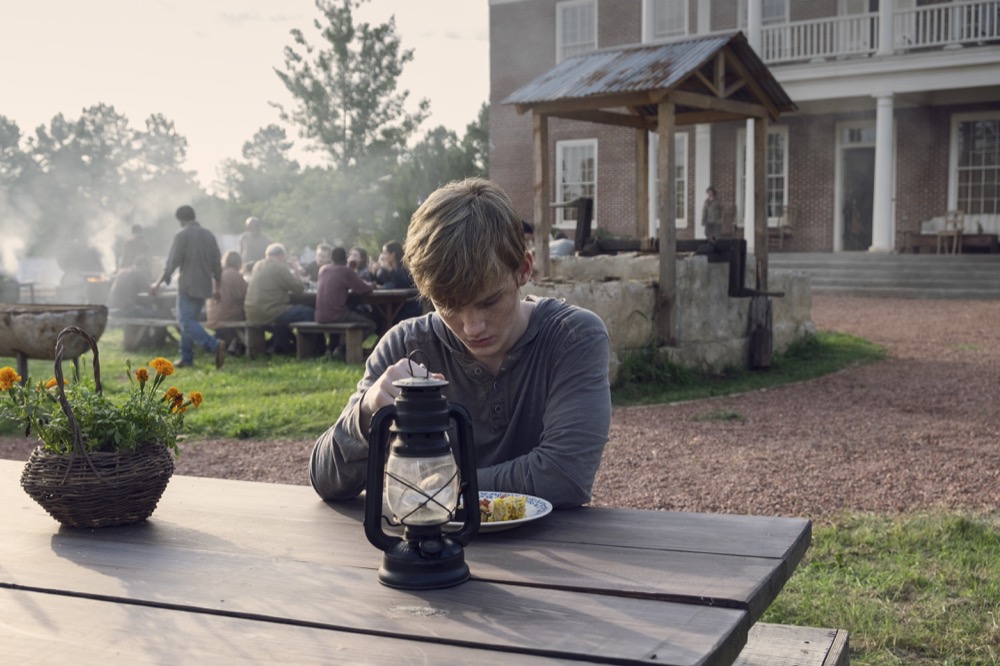 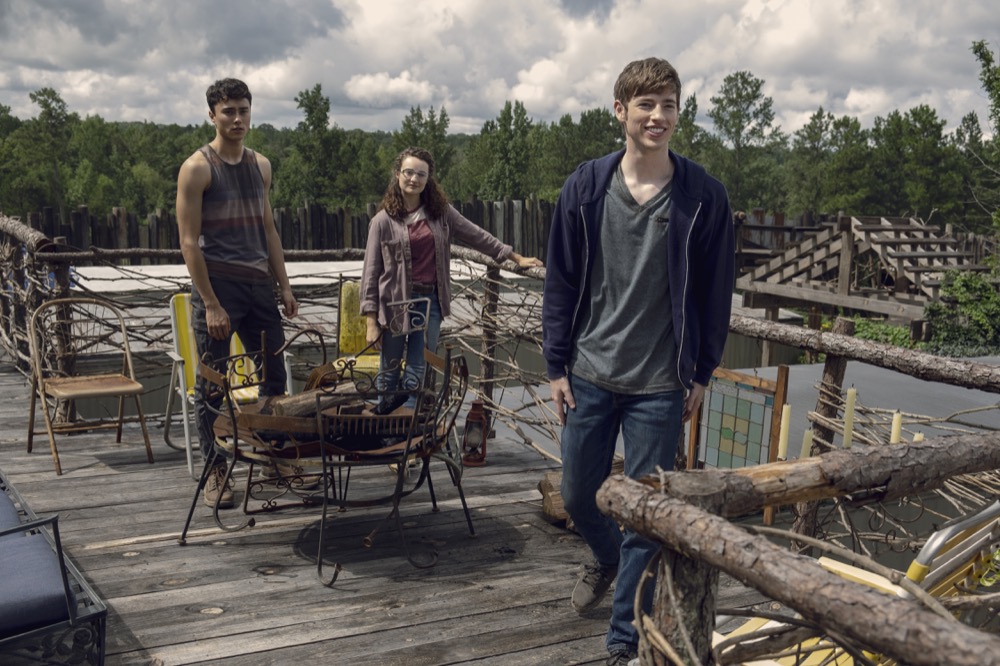 That night, Daryl, Jesus, and Aaron miraculously locate Eugene hiding in a barn cellar. Terrified and injured, Eugene warns them a herd of walkers is looking for him and they need to leave immediately. “This wasn’t a normal herd,” he tells them. “They were whispering to each other.” They look at him like he’s crazy when suddenly the dog barks and warns them of the nearby herd.

Elsewhere, Henry drinks with his new friends in a shed outside of Hilltop. Gage suggests they have some more fun and takes them to a covered hole in the ground with a couple of walkers inside. They throw rope rings at it and pee on it before Henry jumps in and mercy kills the walker. Gage is pissed at Henry for being a buzzkill and Addie tries to help him out of the hole but Henry says he’s fine chilling there for now. 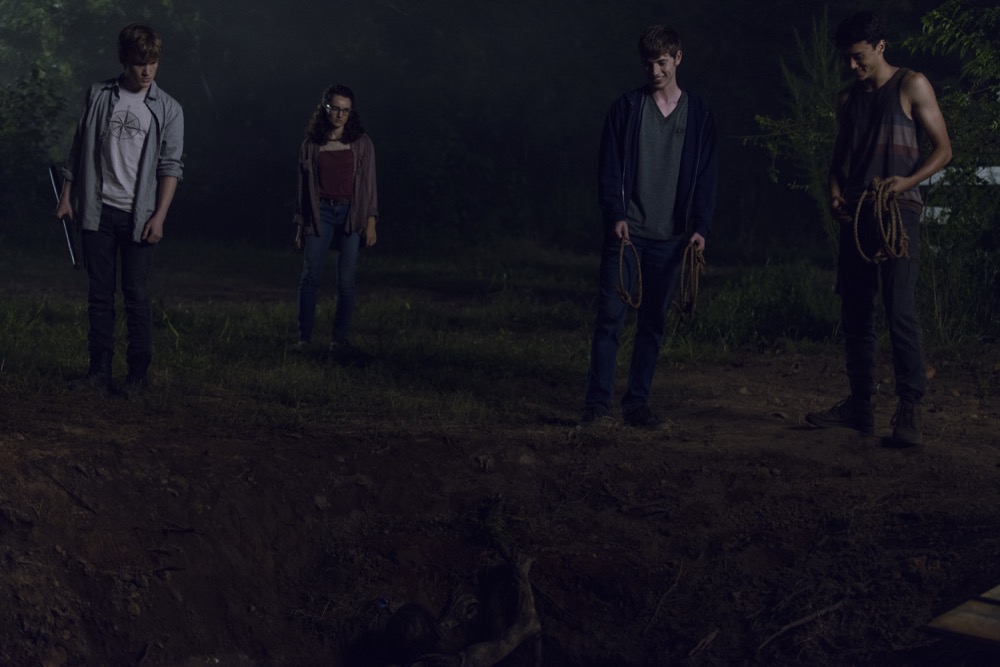 While on the run from the whispering herd Eugene suggests the walkers are evolving. Daryl calls bullshit when Aaron notices they’re drawing closer. Jesus demands they split up – he and Aaron will take Eugene to the horses while Daryl guides the herd away. In Alexandria, Negan discovers his cell door open…and leaves! Meanwhile, Tara takes Earl down to the jail where Henry sits in a cell as punishment for leaving the community (and being drunk). Henry explains his pathetic story and Earl promises to talk to Jesus when he returns. 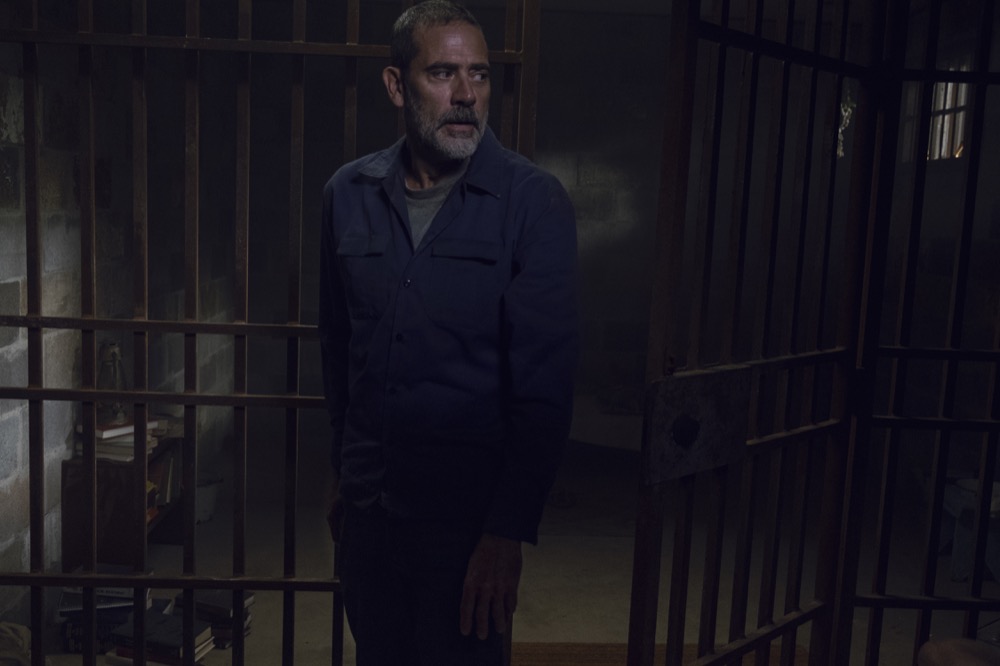 Daryl sets off fireworks to re-direct the walkers, but a group of them ignore the noise and the rest follow their lead. Daryl can’t believe what he’s seeing. Aaron, Jesus, and Eugene end up at a foggy cemetery while the walkers pour in. They quickly get trapped so Jesus and Aaron go to work killing the walkers. 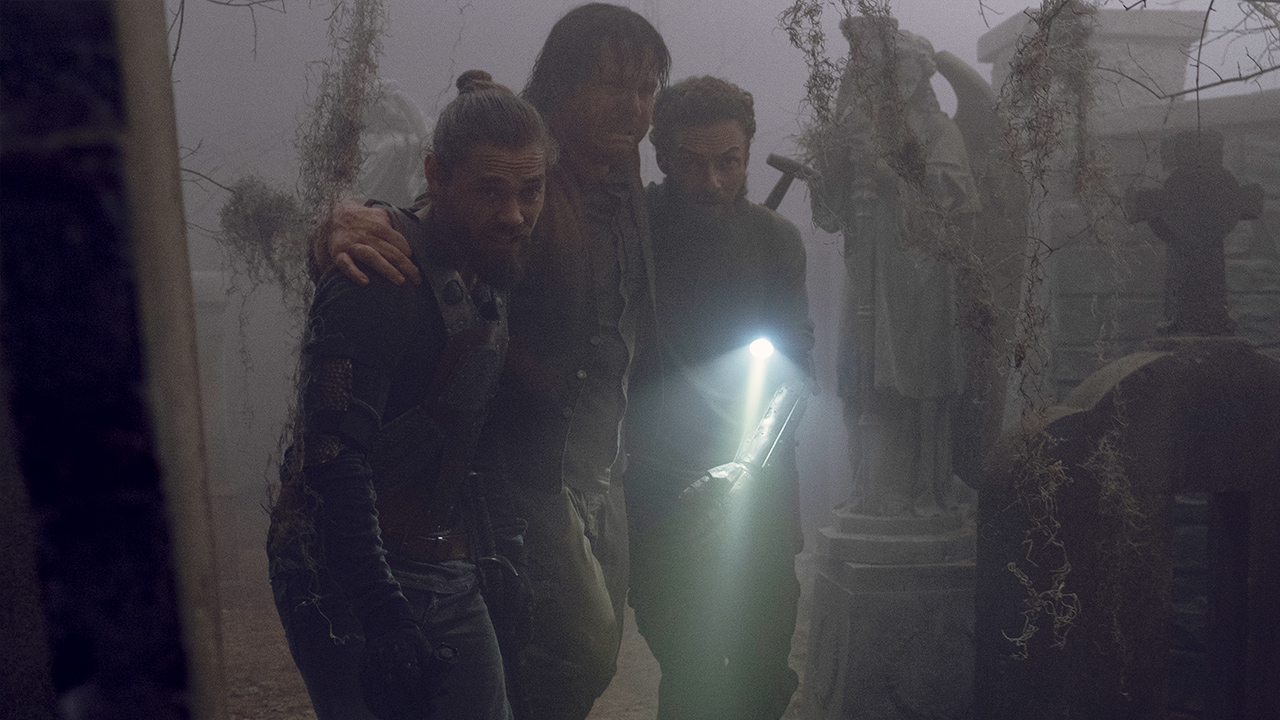 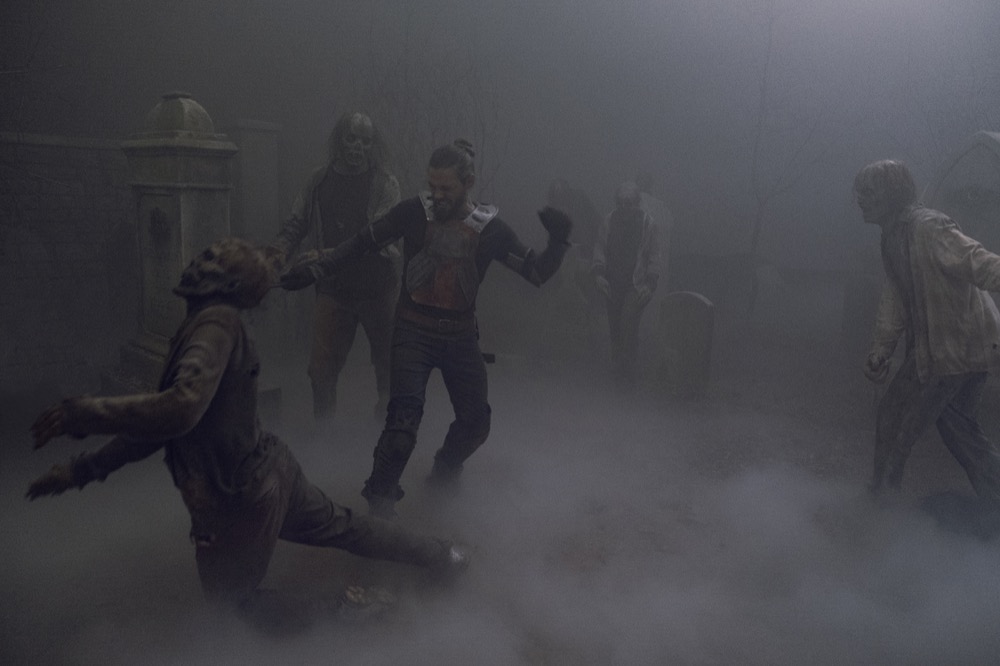 Whispers eerily reverberate around the cemetery. Michonne and Magna’s group arrive to help them unlock the gate and Jesus tells Aaron and Eugene to get out while he finishes the walkers. Jesus goes Mortal Kombat on their asses and sees the last walker separating him from freedom. Jesus attacks but the walker jukes him out and STABS HIM FROM BEHIND! “You…are where you do not belong” the walker whispers to Jesus before throwing him on the ground. Daryl shoots it in the head and the rest of the group run in to finish them off. Daryl notices something on the back of the walker and cuts into his neck…it’s a mask. Before they can process it the whispers get louder and the group circles up to fight them off. 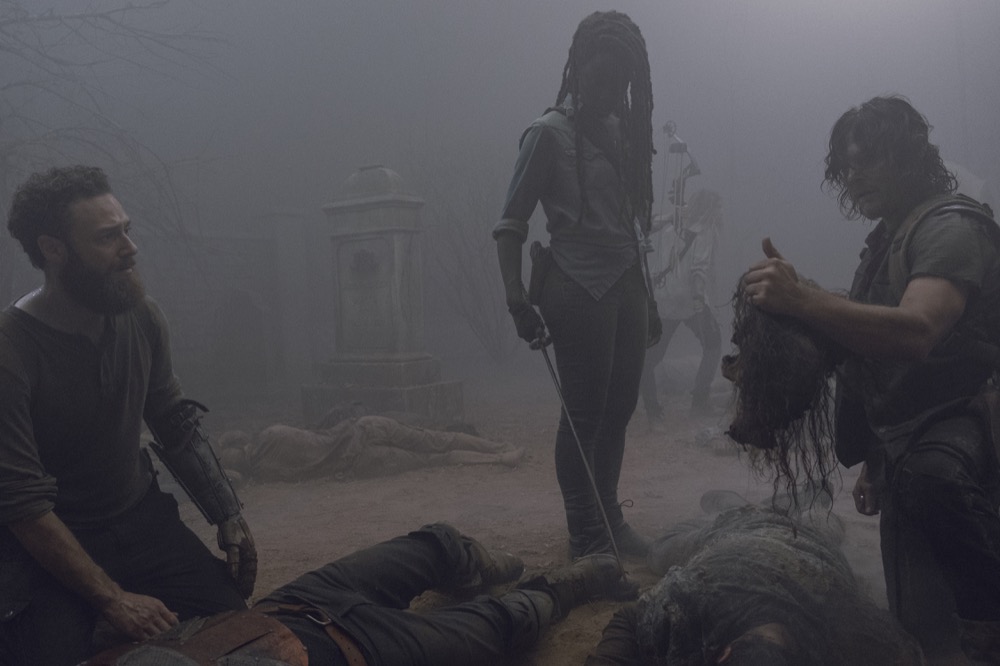 Well that escalated! What did YOU think of this year’s Walking Dead Mid-Season Finale? How do you feel about Jesus? 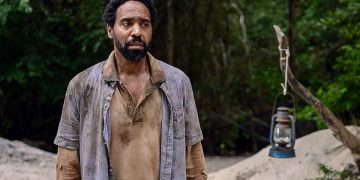 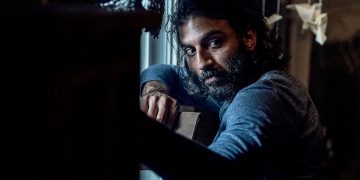 The Walking Dead Season 10 Episode 7 ended on a somber and shocking note. Tell us your thoughts on this week's epidode. 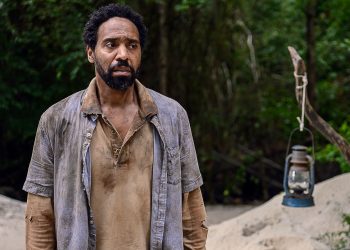 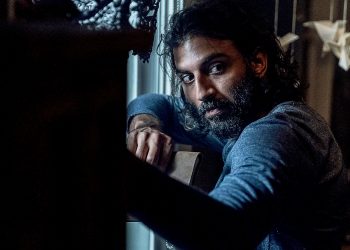 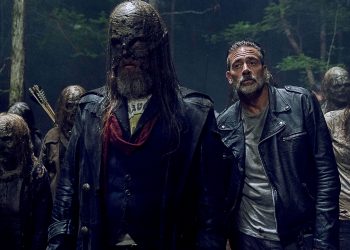 Negan tried to get initiated into the Whisperers as Carol and Daryl looked to destroy Alpha's horde in The Walking...