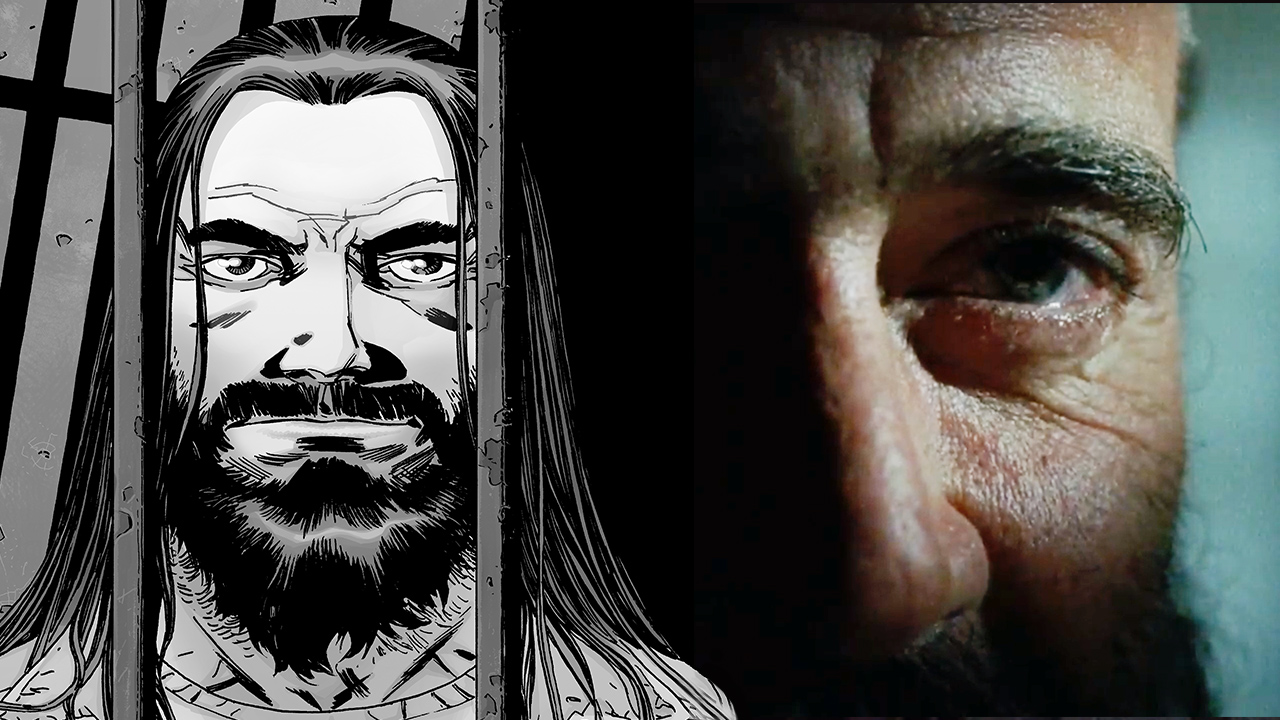 We’re not going to sugarcoat it – this week’s episode of The Walking Dead borrowed almost nothing from the source material. And that’s OK, they’re not trying to mirror the comics. New showrunner Angela Kang has said on multiple occasions that they would be “remixing” Robert Kirkman’s material, and that’s what they’re doing. So let’s jump into the one scene that DID jump straight from panel to screen. 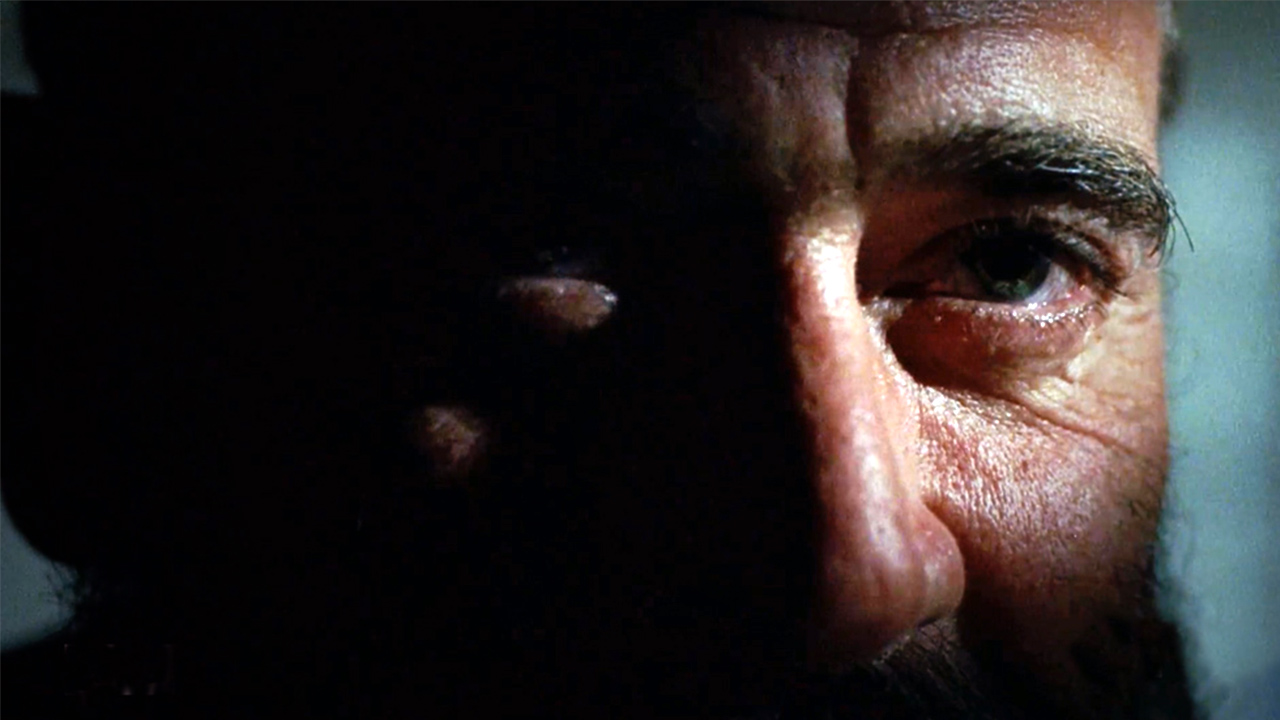 The episode opens and closes with Rick bragging to Negan about how amazing life is without him around. He does this in the comics too, but it is a bit different (see below). 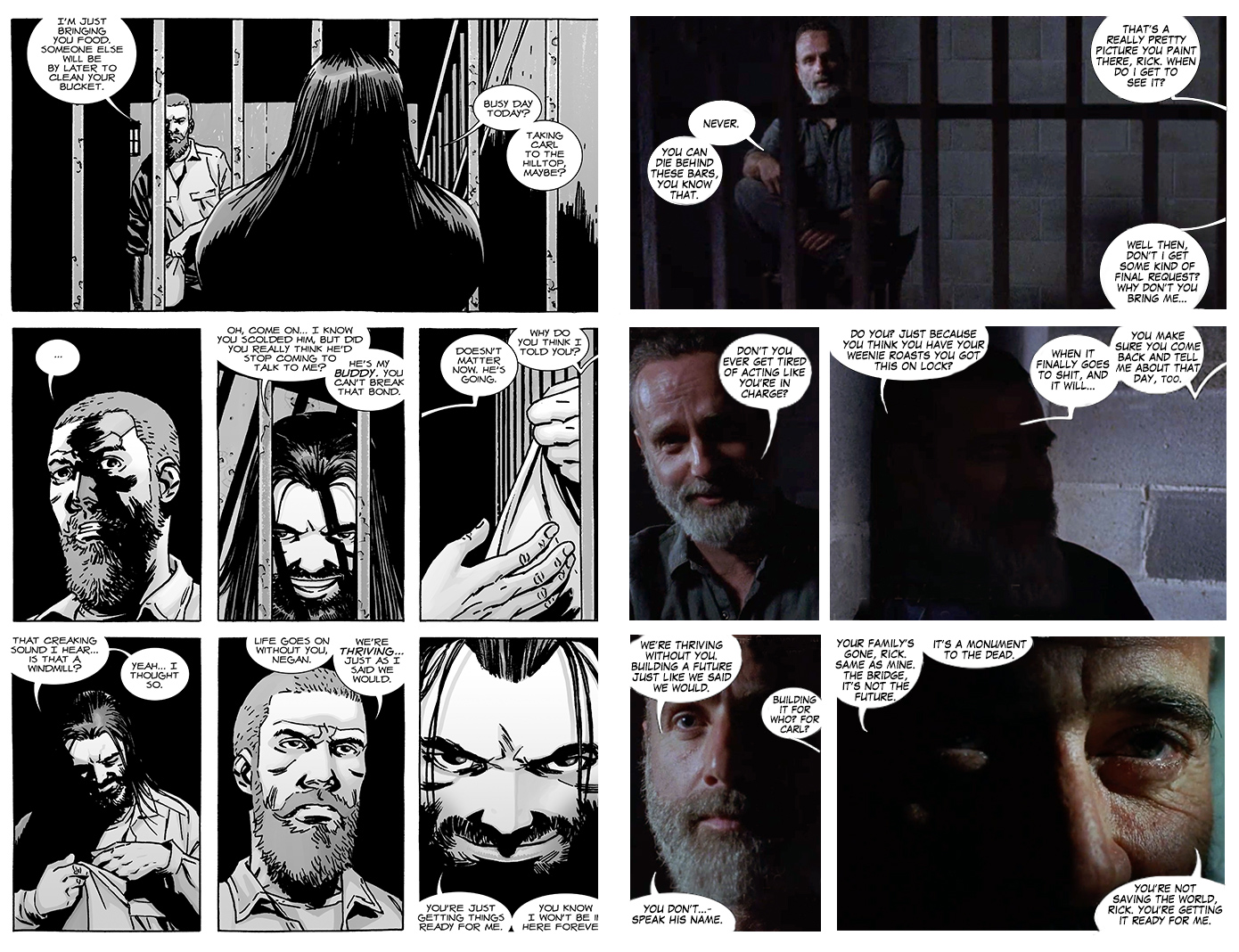 Show: As we mentioned, Rick visits Negan to boast about his community’s success. It’s kind of like Rick needs to say it out loud to someone to prove to himself that saving Negan was the right choice. Negan rebuffs Rick’s confidence, claiming one day he’ll break out of his cell and see his so-called paradise himself.

Comics: As seen above, a similar exchange between these two also plays out in Issue 129 of the comics. Rick brags, Negan claims he’ll get out, and Rick leaves him. There’s a lot more to their visits in the source material, but you’ll have to wait for later episodes this season, when Negan’s comic storyline is told with multiple show characters. Stay tuned! 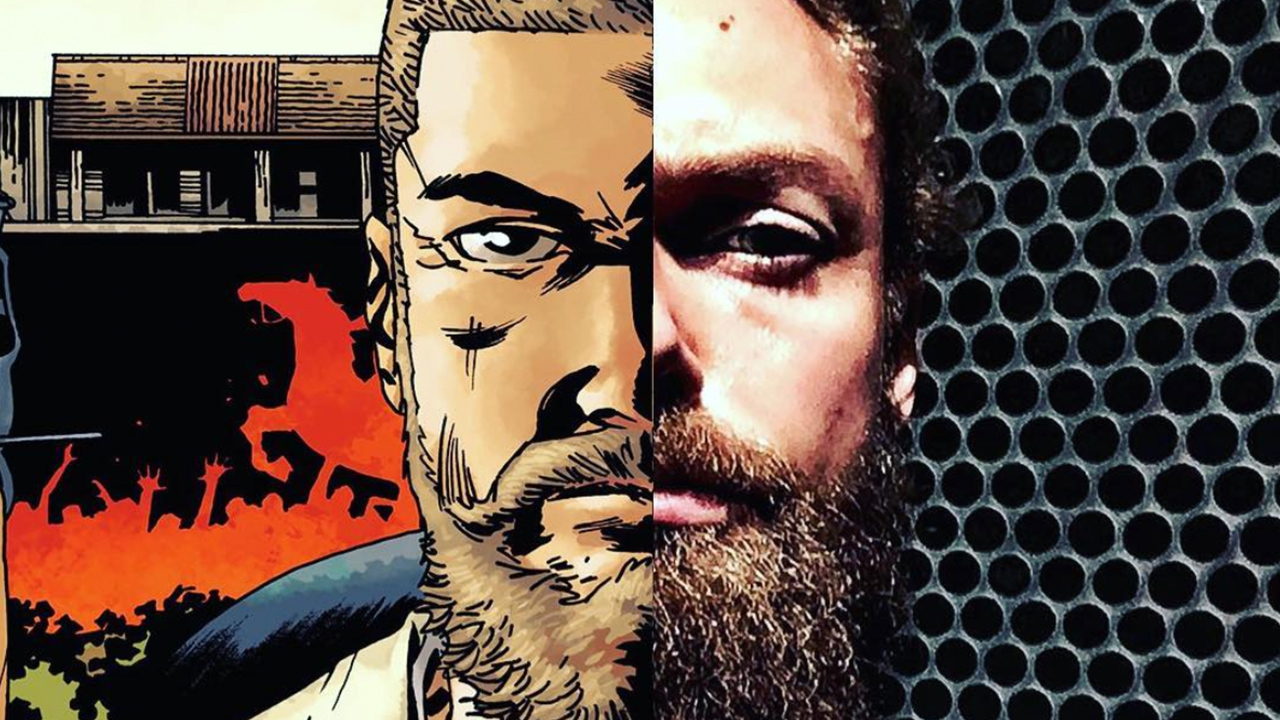 This doesn’t really count as a major comic comparison, but we know you guys will bring it up so here it is. People (like us) were already joking that Ross Marquand’s Season 9 version of Aaron looked hands down identical to the post-time jump version of Rick in the comics, mostly because of his beard. And now that he’s lost an arm, this conversation will only grow (Rick famously loses part of his arm at the hand of the Governor all the way back in Issue 28). 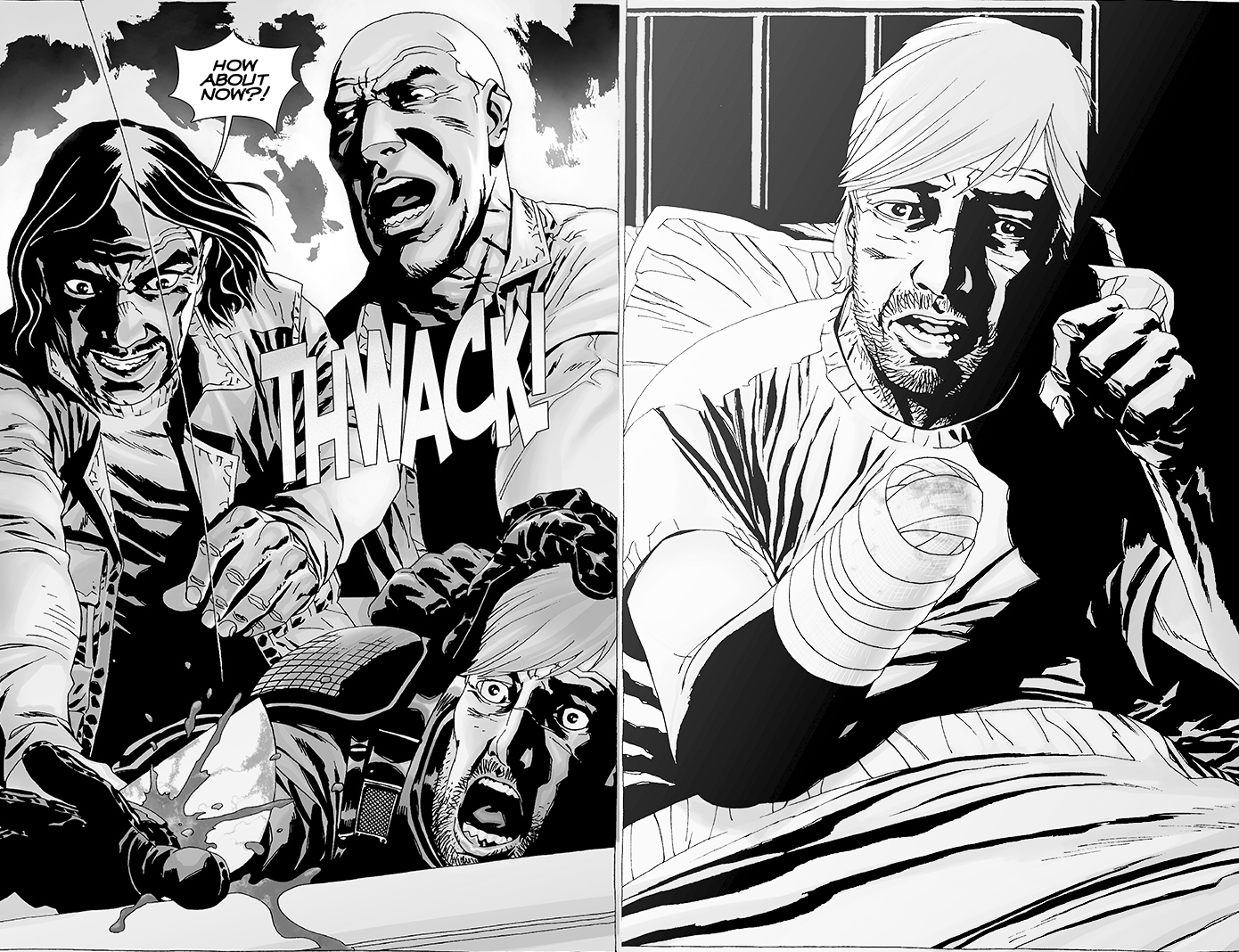 We actually spoke with new showrunner Angela Kang firsthand before the season and asked her about it. She said she’s in no way trying to find a handy replacement for Rick once he leaves, but did admit it was a slight nod to the source material. Gotta hand it to her, Angela is an amazing showrunner! 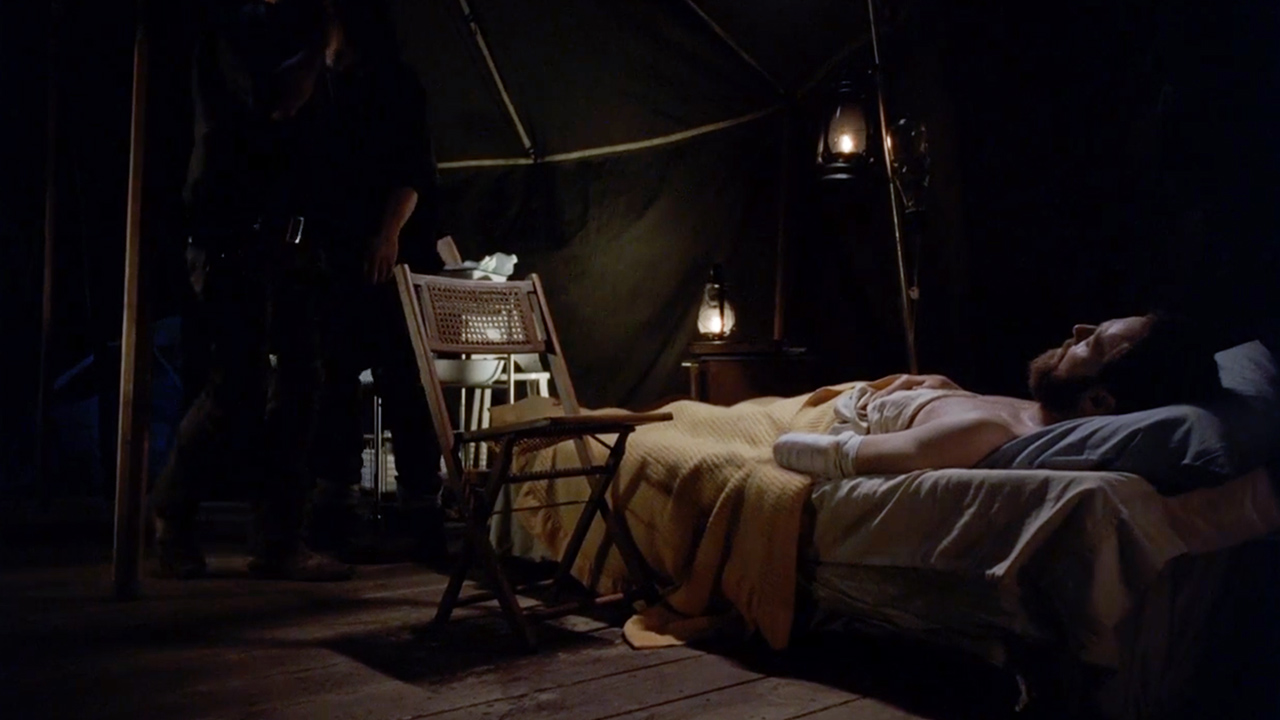 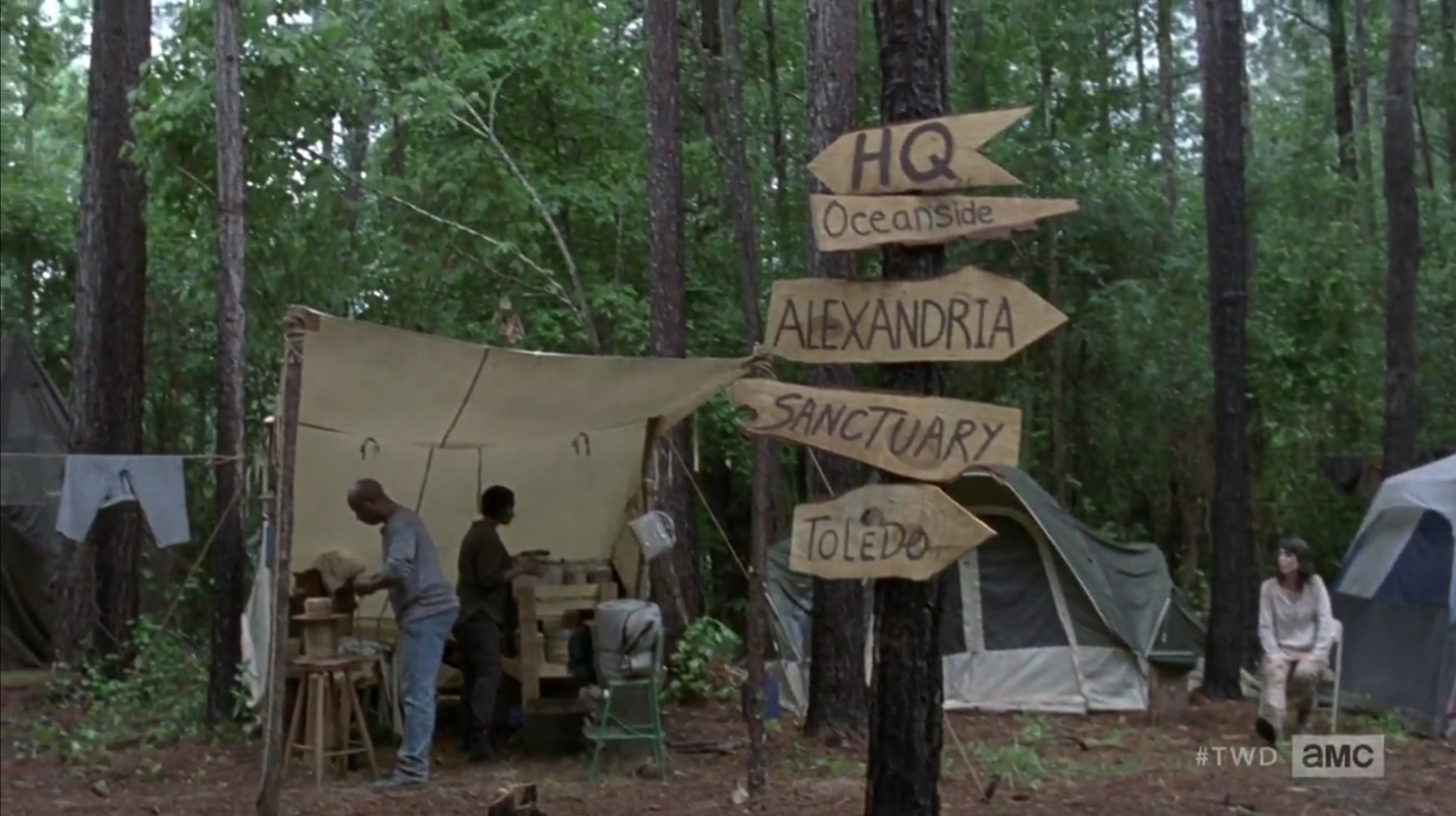 This one also isn’t a major comic comparison…or is it?! In the beginning of the episode we’re introduced to Rick’s allied campsite, which features a MASH-style sign pointing to Alexandria, Oceanside, Hilltop, and…Toledo. Toledo? Like Ohio? This could be nothing, this could be a joke, OR it could be a massive hint at another giant community (also why isn’t Kingdom listed?) Recently in the comics our heroes made their way to a massive community called The Commonwealth, which is in…Ohio! It boasts a population of 50,000 +, has its own army, and yes, even a Governor (she’s cool though, we think).

The Governor’s name is Pamela Milton – and there are a bounty of fan theories which speculate Georgie from Season 8 is actually Pamela Milton herself. We already know that Maggie and the Hilltop still trade with Georgie, so it would make sense they would add her community (wherever it is) to their signage. And if Georgie DOES live in Toledo then it’s very very likely that this could mean she is the Governor (or a relative) of Pamela Milton. Or, you know, it’s just a coincidence. We just don’t know. 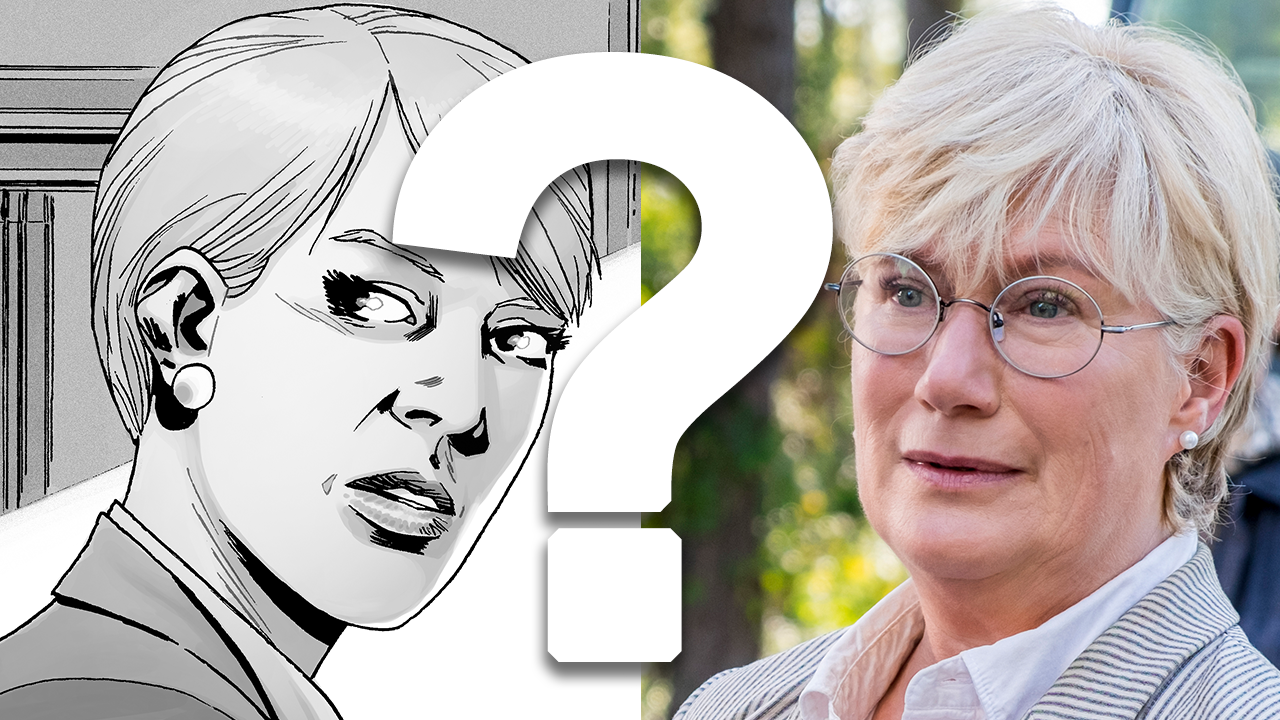 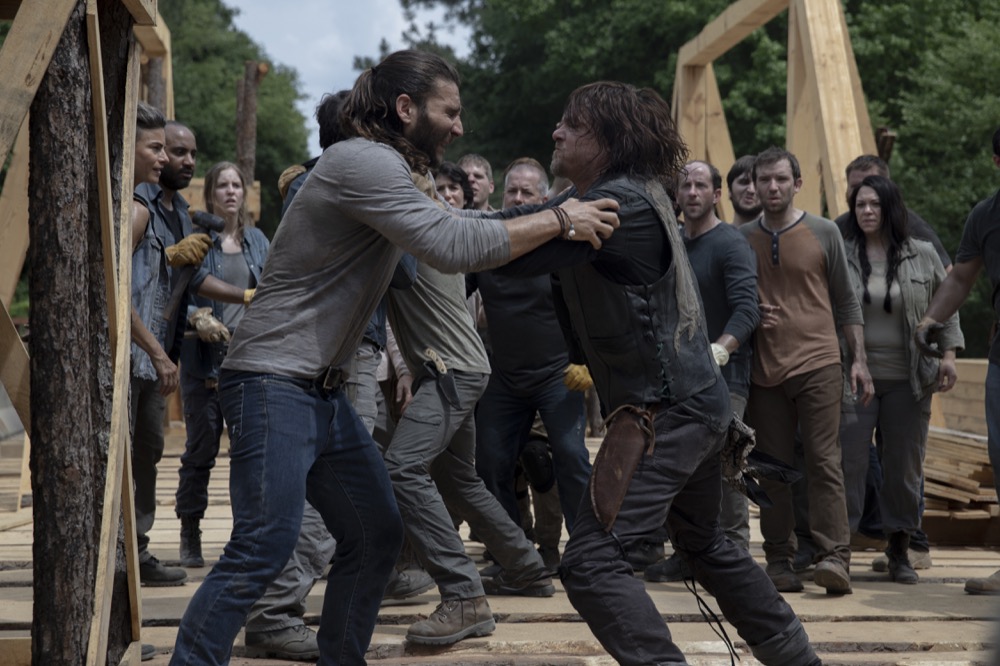 This one’s easy – as we mentioned before 99% of the episode storylines were exclusive to the show. Locations like the camp in the woods and the bridge didn’t appear in the comics, and neither did the storylines around them. The struggle between Rick’s group and the Saviors, Aaron losing an arm, Carol and Ezekiel’s light engagement, the infighting between community leaders, as well as Tammy’s visits to see her husband in jail only appeared on screen. Additionally, Daryl, Tara, Arat, Alden, and Justin are all unique to the show, and Carol died in the comics a long time ago. 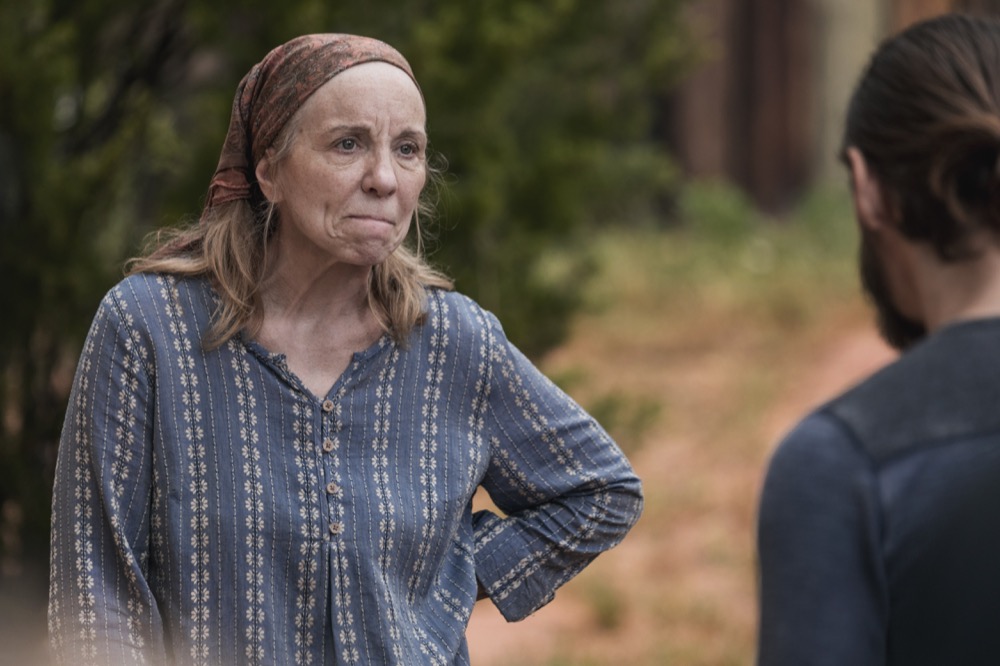 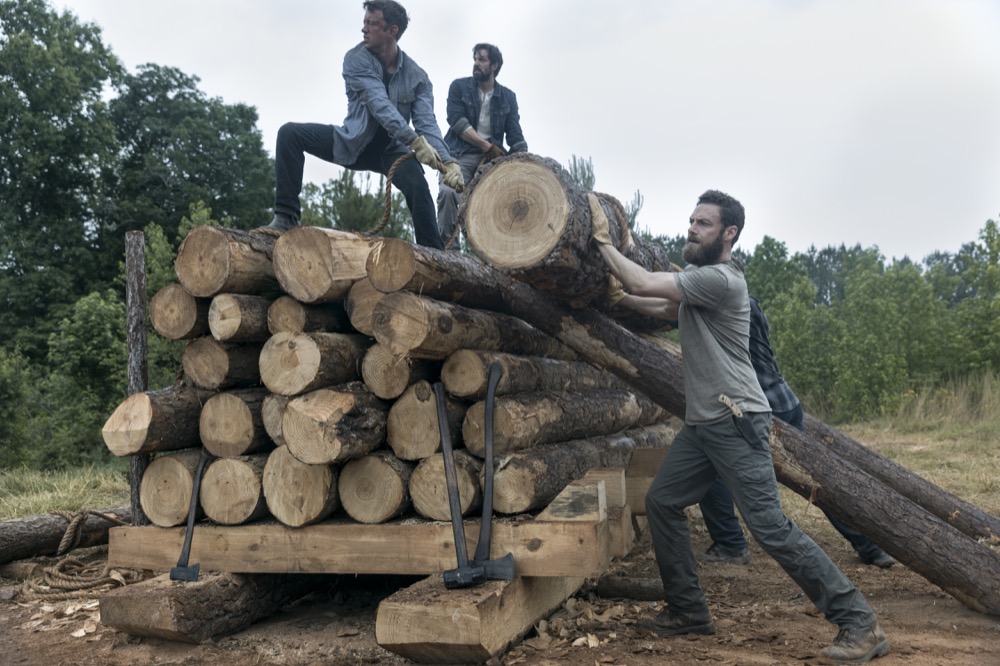 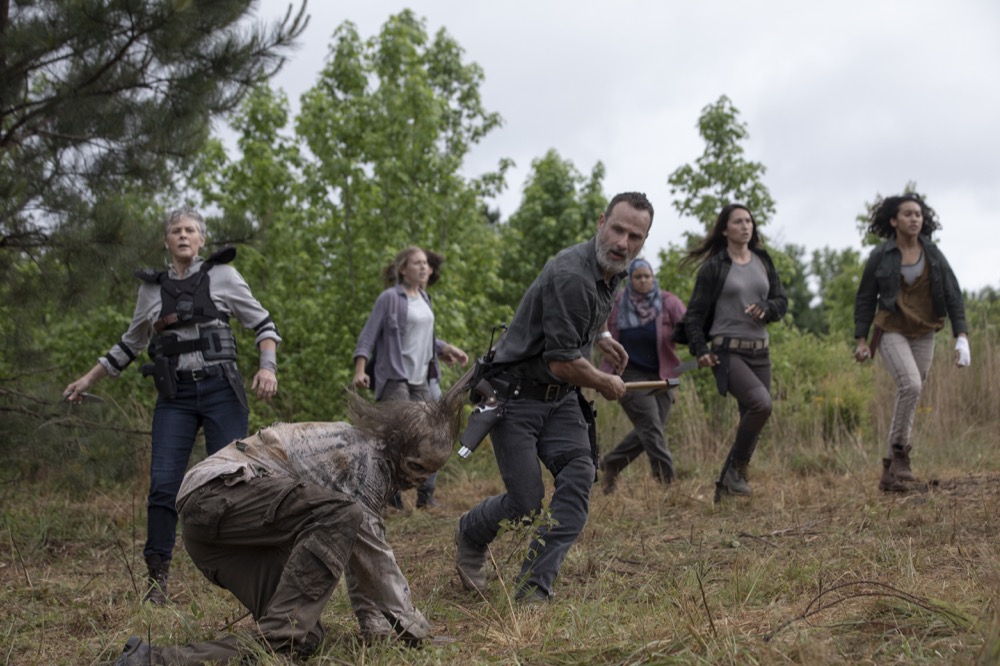 What did you think of the Rick and Negan scene? Do you think there’s anything more to the Toledo sign? And what the hell is happening with Father Gabriel and Anne?? Tell us in our comments!