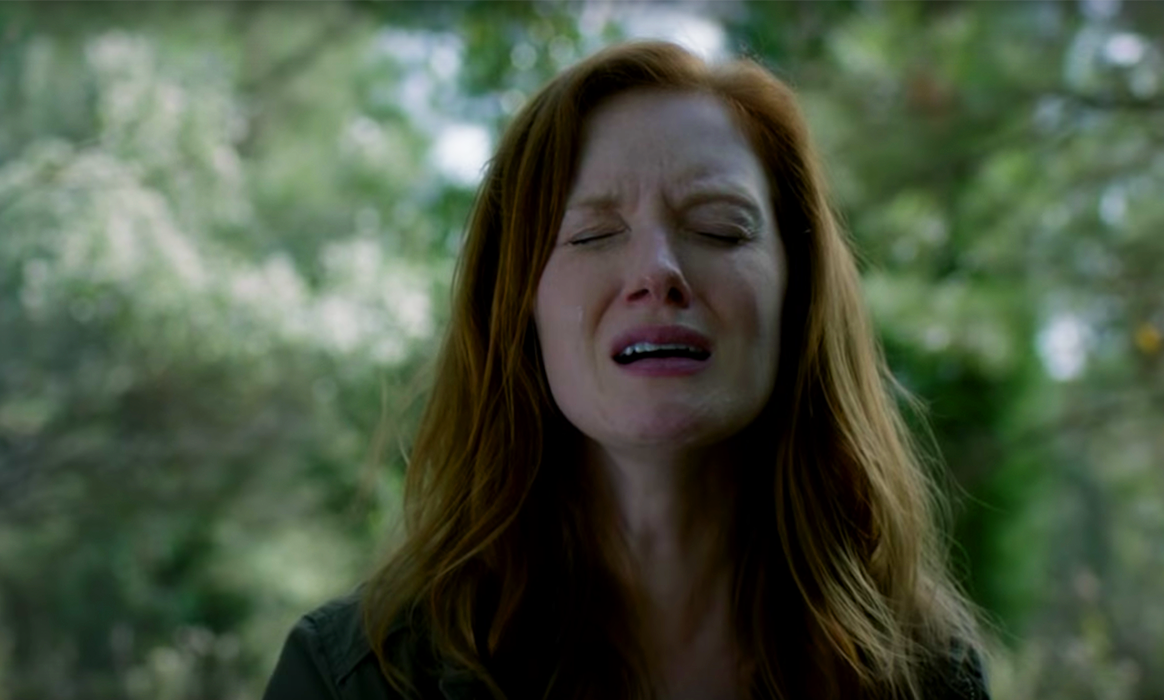 At the behest of Chief Giles, Ogden and his wife Kat skip town, but not before Ogden warns Giles he could have protected him “from what’s coming.” Elsewhere, Kyle questions Megan about playing hooky from her job, signaling a character swap; Kyle now has HIS life (mostly) figured out while Megan appears like a disillusioned mess. Meanwhile, Reverend Anderson’s only remaining ally Patricia asks him to move in with her to regain normalcy in her life.

Megan, who’s trying to keep her shit together helps enroll Amber in her school while Kyle vows to find Allison. Just outside of town Sidney stops Kat at a gas station bathroom and informs her, “I have a new job for you.” Reverend Anderson pleads with the church council to take him back when Sidney conveniently shows up to taunt him. He provokes, “Maybe you’re the one that needs to be reminded what it means to be a good Christian,” leading the Rev to appropriately clock him in that devil face of his. The omnipresent Chief Giles arrives and reluctantly arrests the Rev after Sidney presses charges.

Kyle recruits Mark to help locate Allison and together they break into her house. She’s not there, but then Kyle sees Allison’s mother Lauren outside and begs her not to call the police. Lauren blames Kyle for changing Allison BUT ends up telling him where she’s been. Meanwhile, Chief Giles sets Reverend Anderson free and says he’s there to help if he gets in any more jams.

Kat takes Ogden to an abandoned basement to help carry out Sidney’s plan. Ogden’s reluctant but she convinces him to help. Mark confronts Megan about vomiting at school and she drops a bombshell that she’s pregnant. Mark begs her not to get an abortion and reasons this baby can be a fresh start for them.

Kyle arrives at a local psychiatric center where Allison’s staying. He promises she’s not sick and should return home to the family. Allison, who’s afraid of causing more harm to Amber, refuses and instructs him to raise Amber from now on. Meanwhile, Reverend Anderson confronts Aaron about hanging out with Sidney. When Aaron refuses to explain the Rev grabs him and threatens him, prompting Patricia to swiftly kick him out of her house. The Rev has officially alienated his last ally. Before he can leave, Aaron warns him he’s “too late to stop it.”

Meanwhile, Megan experiences a demonic episode while taking a shower. Mark comes in worried, and Megan, who looks like Carrie, BASHES HIS HEAD THROUGH THE MIRROR! He collapses and starts bleeding out from his NECK…OH GOD. Megan just stares at him and covers her hand in his blood (as you do). Later, Amber calls Kyle crying and scared, screaming that something’s wrong with Megan…

So what did YOU think of tonight’s shocking ending?? Tell us in the comments!