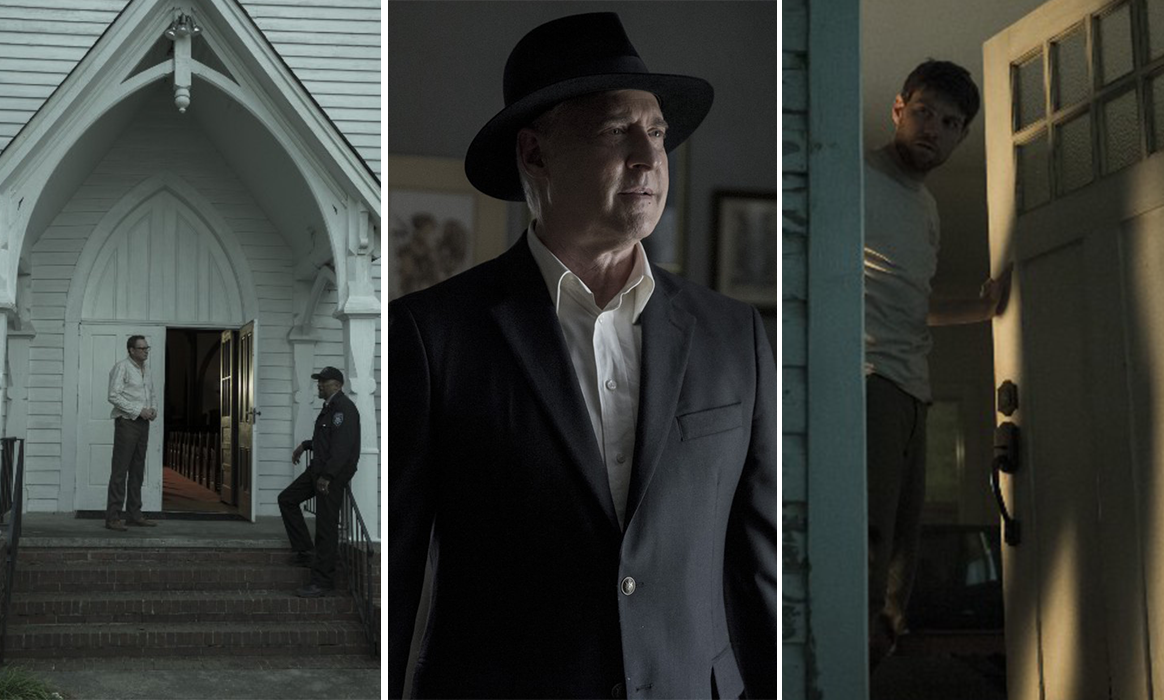 Outcast Season 1 Episode 6: “From The Shadow It Watches” Recap & Discussion

This season Reverend Anderson’s faith has taken more punches than Trevor Berbick. (For non-sports fans, Berbick was famously knocked out by Tyson back ’84 after a combination of punches sent him staggering). Every time an exorcism fails and Kyle succeeds it’s like Tyson threw another left hook. Your holy water isn’t doing anything – boom. Kyle’s the only one who can exorcise the entity – pow. “Your God is laughing at you” – BAM. There’s not much more The Reverend can take. With that in mind, the Rev digs up old exorcism videos to gather clues on his so-called failed exorcisms.

Kyle, who’s trying to get his life together acclimates to a construction job. At the police station Mark interrogates the woman whose nail was found in the trailer in the woods but she gives him nothing. Back at the church a nervous Reverend Anderson tries to replicate the Joshua exorcism by cutting his thumb to use on his current exorcism victim. Like Berbick he looks terrified, well-aware he’s fighting a losing battle.

That night Patricia pleads with Kyle to help Reverend Anderson but he refuses. Later, he finds Mildred’s trinket on his doorstep and is immediately blind-sided by a cane…it’s Mildred. She sits on his chest and sucks part of his soul out. Before she can finish the job someone pulls her off of him.

Time to dive into Patricia’s life. Her son Aaron (who’s responsible for the demon graffiti on the church) crudely grills his mother on seeing the Reverend. Kyle wakes to find Mildred’s cane in his living room…but no Mildred. Elsewhere, the girl Mark interrogates tells Ogden about the police. Sidney scolds Mildred for attacking Kyle and harps she put all of them at risk. Megan visits Kyle at work and tells him Allison still doesn’t want anything to do with him.

Chief Giles visits Reverend Anderson to inform him Mildred’s gone missing. He also reminds him his exorcisms haven’t been working but the Reverend doesn’t have the patience to hear it. Megan visits Donnie in the hospital, who tells her Mark’s the one who put him there. 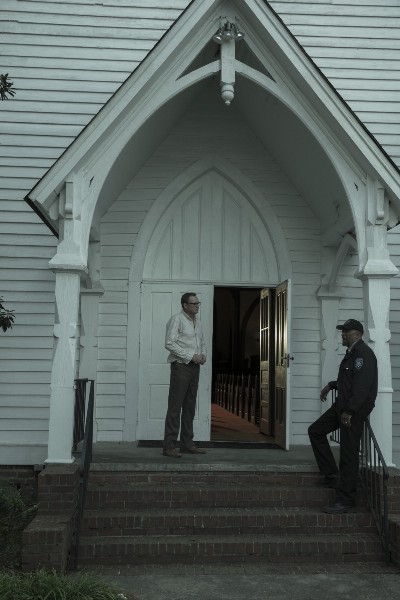 Back at his work site Kyle hallucinates seeing the demonic black goo emerge from a bucket and decides to quit his job. “I took a chance on you,” his boss yells as he drives off. Kyle shows up at the church to tell Reverend about Mildred. Suddenly, a possessed Caleb breaks out of his holding and tosses Kyle and Reverend Anderson across the pews (The Rev has now taken punches to his faith AND his face). Kyle touches Caleb’s face and causes the entity to jettison from his mouth. It swirls around Kyle and disappears in the rafters.

Soon after a normalized Caleb confesses to Reverend Anderson that his possession wasn’t torment, but rather a warmth pouring into him. He tells him he can’t serve him any longer because there’s nothing left to fear (IT’S A K.O. KNOCKOUT). Kyle drives by Mildred’s house and finds her DEAD on her porch like she had seen a ghost. Later, Chief Giles grills Kyle about his gift. “She’s not the only one out there,” Kyle warns referring to Mildred. Giles searches her house and finds a picture of a younger Mildred by the trailer in the woods. Elsewhere, Sidney shows up at the Reverend’s place and CUTS A F**KING PENTAGRAM into his chest as Aaron watches from the window.

Man, what an episode! Tell us what YOU thought in the comments below!