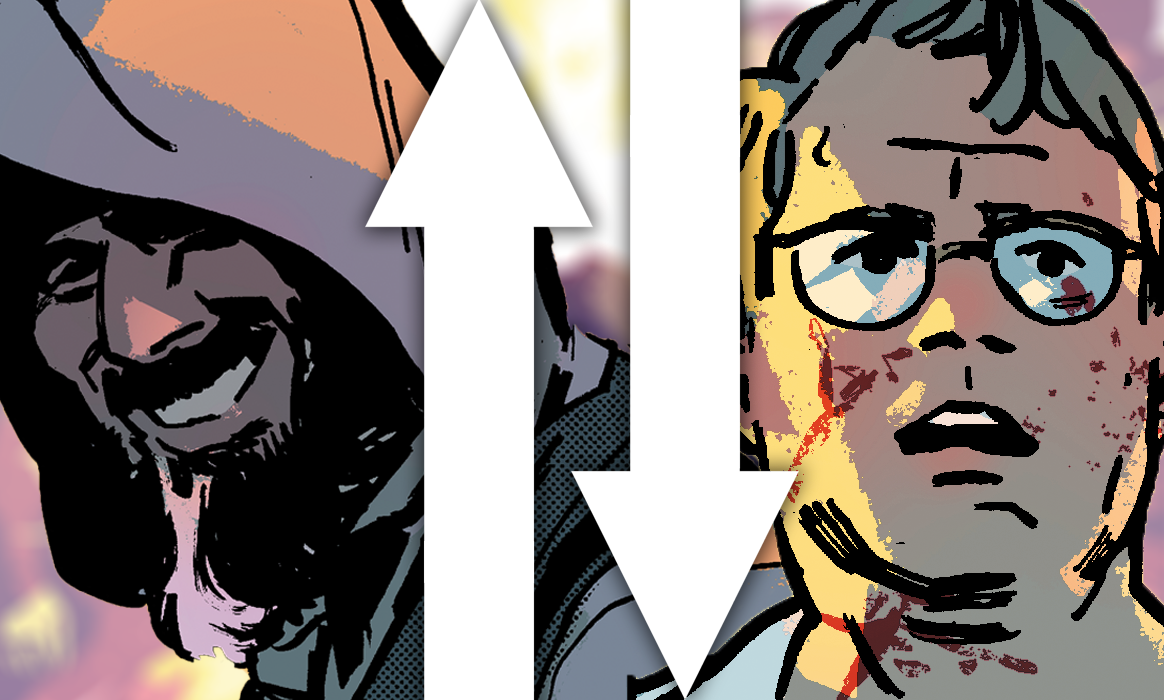 According to Robert Kirkman, this month’s issue of Outcast changes EVERYTHING, and well, it seems to! To catch up on the madness we re-ranked the major characters based on how much power they currently hold. Check out the list below to see what changed:

Kyle did something in this issue he rarely ever does – walk away. After spotting Reverend Anderson knee-deep in demon guts, Kyle decided he needed to distance himself from a fresh murder. Bravo Kyle, your discipline (especially with your family around) propels you to the top of our power rankings once again!

What an entrance! Turns out the mystery man who resembles an older, grittier version of Kyle IS his father! And unlike Kyle, this man knows how to USE his powers. After saving Kyle from the evil townsfolk it appears that he’s good, but only time will tell what his true intentions are.

Chief didn’t do much in this issue but drive Kyle and the fam to a murder scene. The fact that the chief of police didn’t immediately arrest everyone involved should tell you he holds a significant amount of power.

Ohhh boy, Rev. Look, we’re just as excited to see Sidney dead, too. But you may have gone too far this time. Casually chilling by a freshly-gutted corpse sporting that signature “What?” Rick Grimes face isn’t a good look. We know, he was the devil you had to kill him yadda yadda yadda but Kyle never (verbally) signed up for murder. Since you distanced your closest ally, we have to drop you a couple of spots.

Although the possessed folks of Rome got their asses handed to them by a bearded guy in a hoodie, this issue showed us there’s still a TON of them active despite Sidney’s demise. It seems like EVERYONE’S possessed now, so until that dies down we’re keeping them in the middle of our rankings.

All right, Amber didn’t do a ton this issue but cry over a dead body, but she still *HE-MAN voice* has the powerrrrrrrr! Sorry Allison, but your girl is a demon whisperer and until your touch sizzles people’s skin like an egg on hot pavement we have to rank her higher.

Allison did NOT plan on being involved in a murder cover-up today, which definitely played a part in Kyle abandoning the Rev by his crime scene. She may not be as physically powerful as her daughter but she still holds influence over our main power player Kyle.

Megan didn’t appear in this issue but still looks to play a large role in the overall story.

Similar to his wife, Mark also wasn’t in this issue but is still part of the fold.

Out of the Rankings: Sidney (for the whole being dead thing).

How did you feel about our new rankings following this ass-kicking issue? What do you predict will happen with Kyle’s dad? There are so many un-answered questions! Help us answer them in the comments: