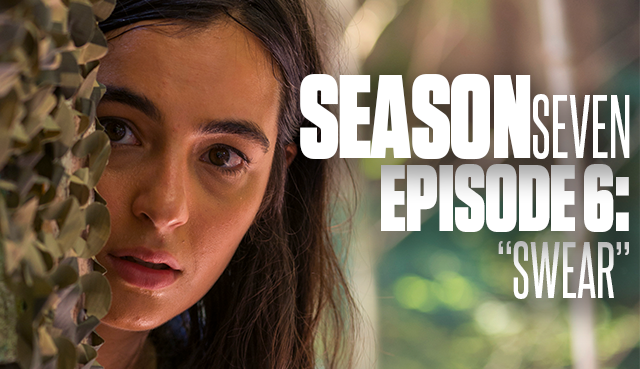 This week’s episode flips the show on its head and opens with two girls killing walkers on a beach. They discover Tara washed up on shore and the older one, Cyndie, instructs the younger one, Rachel not to kill her. Rachel storms off and Cyndie leaves supplies for Tara, who wakes up and follows Cyndie to a camp full of women and children. 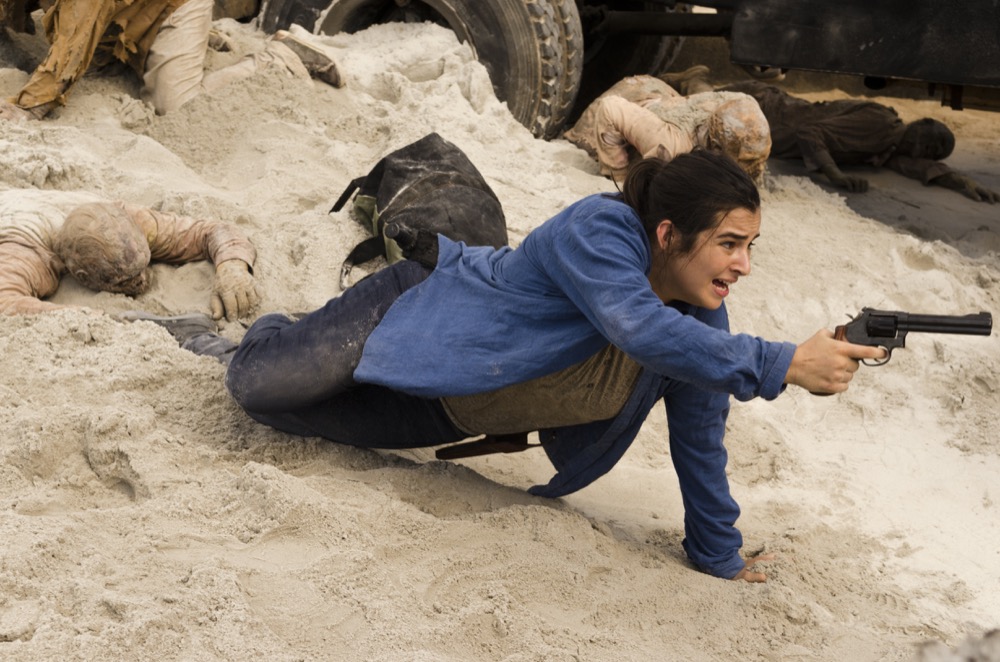 One of the women, Beatrice, spots Tara and shoots at her as she flees. Tara takes one of the women out but is cornered by Rachel, who holds her at gunpoint. Cyndie stops her (again) and Tara becomes surrounded. The leader of the Oceanside community, Netania, arrives and Tara apologizes for trespassing. 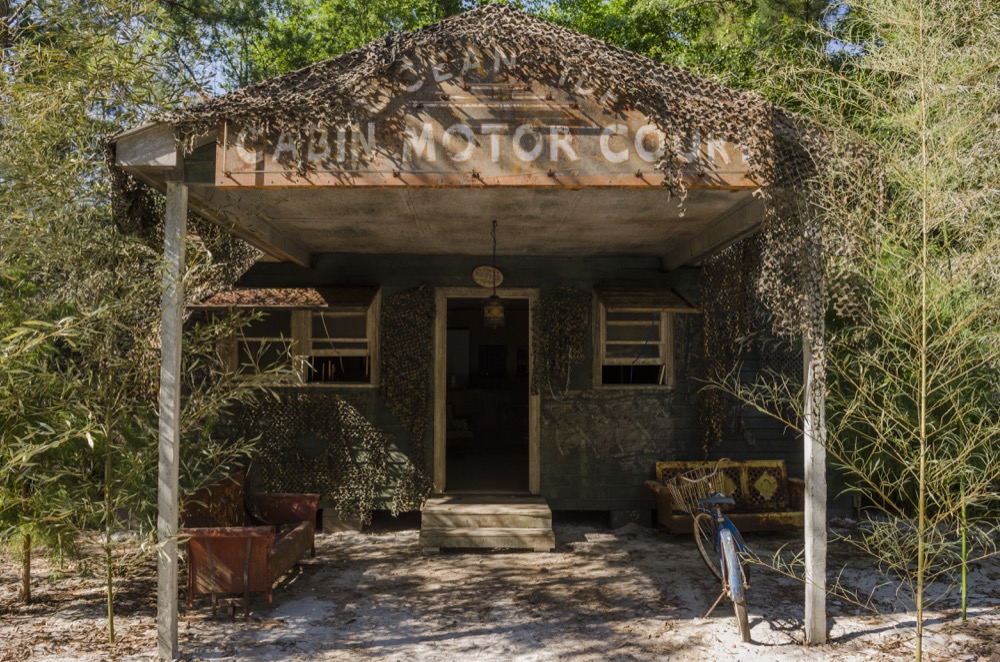 Flash back to Heath and Tara arguing about when they should return to Alexandria after being gone for two weeks. They decide to make one last supply run by exploring a bridge. They immediately get surrounded by sand walkers (that’s new) and Heath seems to disappear.

Flash forward to Oceanside where Tara tells the women she’s been surviving with her friend for the last few years. They’re skeptical but later allow her to eat dinner with them. Netania reveals she wants Tara to stay and explains the men in their camp got wiped out by another group. That’s when they decided to create a new community in the woods to hide. After more heavy questioning Tara comes clean about Alexandria that’s threatened by a similarly dangerous group (hmmm). She proposes their groups work together and Netania agrees to send out a guard with her back to Alexandria.

The next day Tara heads out with the guards and makes a run for it while they’re distracted by a walker. Stuck in a ditch, Tara sneak attacks Beatrice, who gets the best of her and holds her at gunpoint. Beatrice explains it was the Saviors that wiped out the men in their community and she can’t risk having Tara expose their whereabouts to them. Suddenly, Cyndie tackles her and Tara once again escapes. Cyndie makes Tara SWEAR (episode title!) she won’t tell others about her camp. She agrees and they head to the bridge.

On the bridge, Tara and Cyndie kill some of the sand walkers but are quickly overwhelmed when more wake up. They dash across the card hoods onto the other side but get separated. Beatrice and Cathy show up to escort Cyndie away. Tara discovers RV tracks, which implies Heath got away safely. She holes up in an abandoned sunglasses store and the next day finally finds her way back to Alexandria. Eugene fills her in on Denise and the others and later, Rosita questions if she saw any communities in her travels. Tara sticks by her word to Cyndie and tells Rosita she hasn’t found any such community. 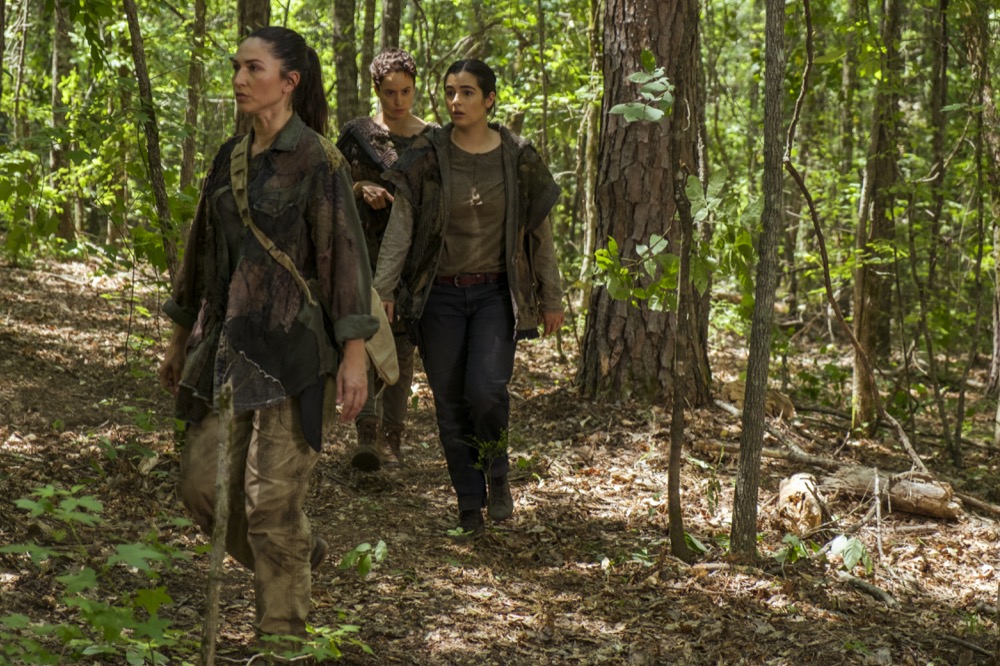 What did YOU think of this very different episode of The Walking Dead? Do you think we’ll see Oceanside again? Tell us in the comments!

How to Make The Walking Dead’s Kingdom Cocktail