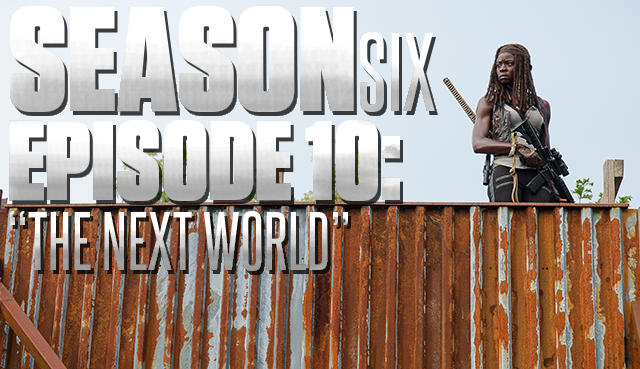 The Walking Dead Season 6 Episode 10: “The Next World” Recap & Discussion

Time jump alert! Sorry comic fans, but we’re going to skip Carl’s recovery and fast forward to RICK AND MICHONNE BEING AN ITEM #Richonne #MichonneIsTheNewAndrea #FreeKesha. Meanwhile, Denise corners Daryl and asks him to grab pop (shout out to the Mid West) during his supply run for Tara. After getting a pep talk from Eugene, Rick and Daryl head out for a supply run.

Rick and Daryl search an abandoned barn and find a U-Haul of supplies. They drive it to a gas station, tip over a vending machine, and ind themselves under attack by a man in a trench coat and beanie (*cough Jesus cough*). Daryl and Rick hold him at gunpoint as he explains a group of walkers are headed their way. They let him go and he reveals his name as Paul Rovia (Rovia? Like Monrovia?) AKA Jesus. Rick tries to ask the three questions but their new ‘friend’ runs off. Shortly after Jesus distracts them with firecrackers and steals their truck (with the tied up vending machine dragging behind). 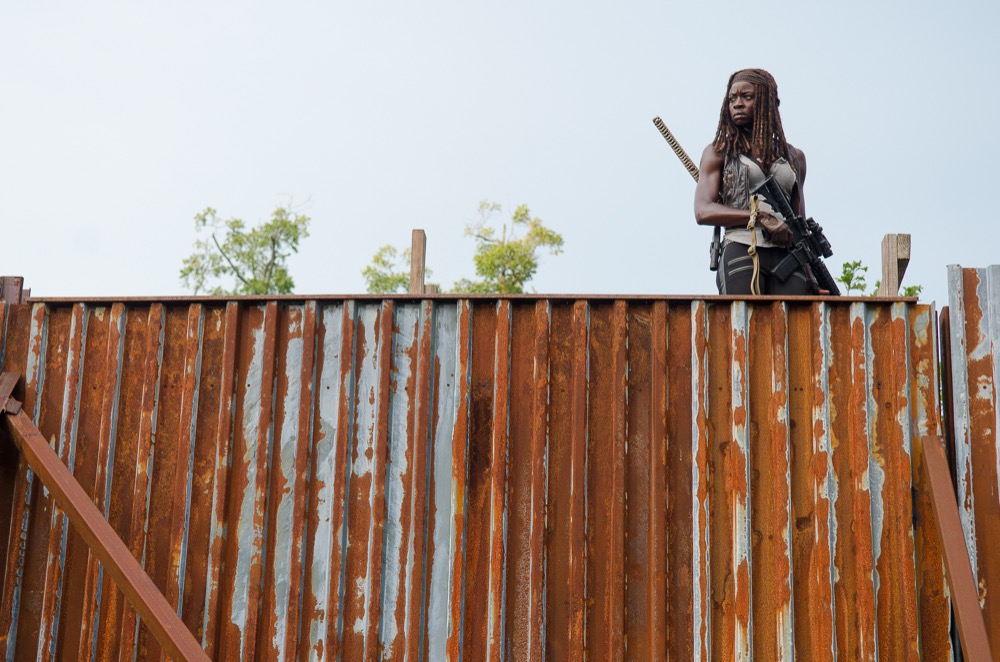 Michonne catches up with Spencer in the woods and recalls Deanna’s last words to her. Rick and Daryl catch up with the (abandoned) vending machine down the road and grab some pop for Denise. Meanwhile, Carl and Enid read comics in the woods (Skybound’s “Invincible,” to be exact) and spot Michonne and Spencer hiking nearby. Enid and Carl run into a turned Deanna and Carl instructs Enid to go home.

Rick and Daryl catch up with Jesus, who’s changing the U-Haul’s tire. Rick grabs him from behind but Jesus Jackie Chan’s his way out. After wrestling with Daryl they hold him at gunpoint, take the keys, tie him up, and drive off. After a while they discover Jesus has been camping on the roof of the truck the whole time. They stop, force him off, and Daryl chases him on foot. Daryl corners him in the truck, a walker approaches, and Jesus saves him. He puts the truck in reverse and it rolls backwards into a lake. 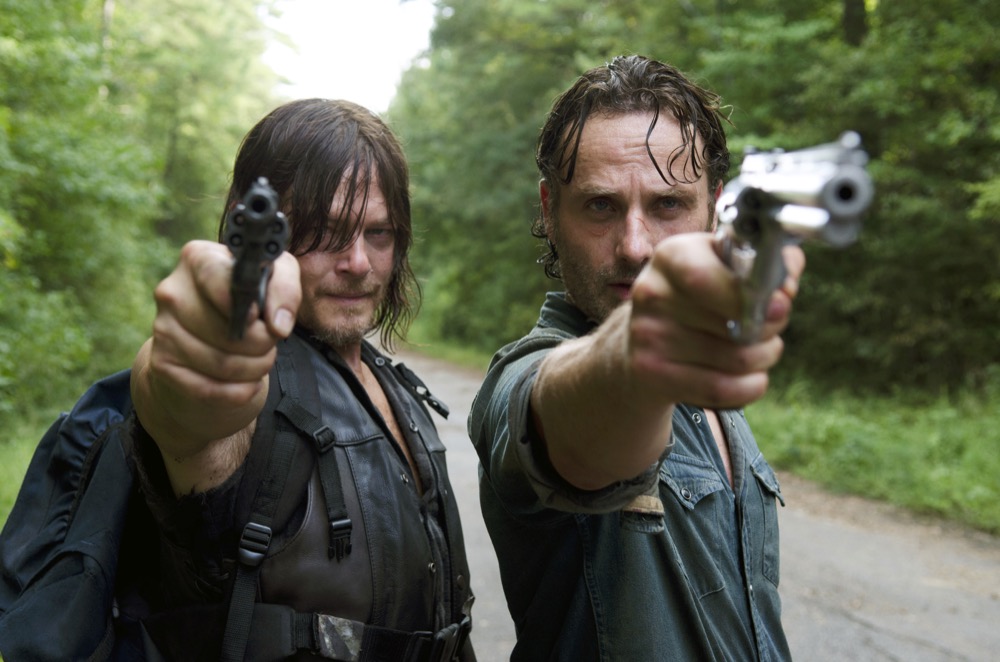 With some help from Carl, Spencer finally tracks down an undead Deanna and puts her out of her misery. He tells Michonne that’s the reason he was out there. Michonne assures him as long as he has friends he has a home. Later that night, Michonne tells Carl he should have left or killed Deanna instead of leading her back to town. Carl explains he wanted someone who loved her (like Michonne) to take care of it. 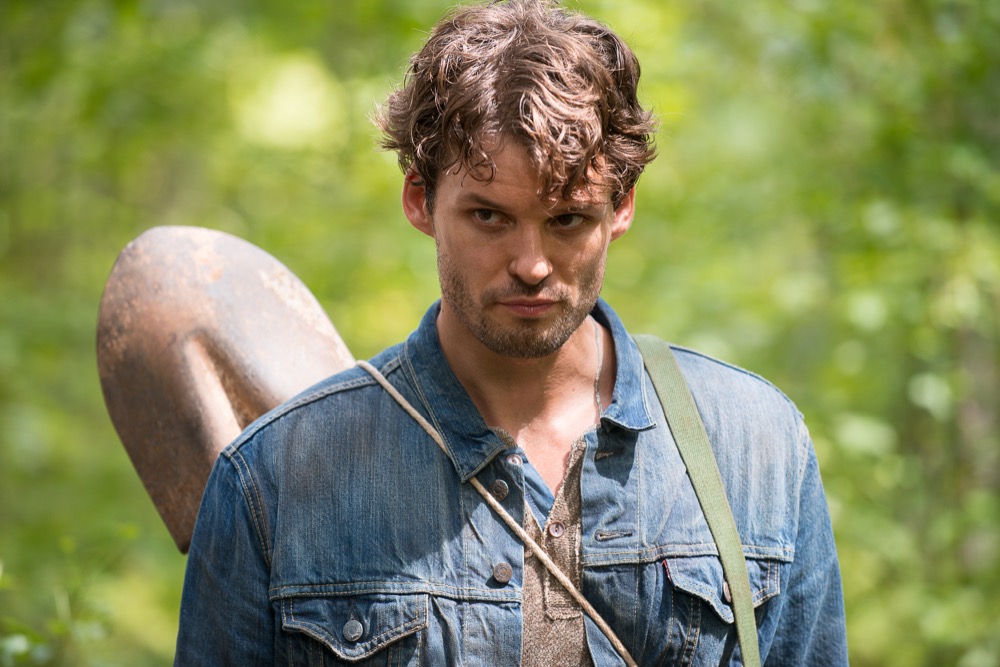 Rick and Daryl drive a tied-up Jesus back to Alexandria, carry him to the infirmary, and later lock him in the ‘jail.’ Shortly after RICHONNE IS BORN AS RICK AND MICHONNE FINALLY MAKE IT OFFICIAL. Unforutnately, Jesus ruins it later in possible the worst-timed ‘Rick, we should talk’ moment ever.

What did YOU think of the episode? Are you excited about Richonne? Comic fans: what do you think of the show version of Jesus??

Negan’s Backstory to be Told