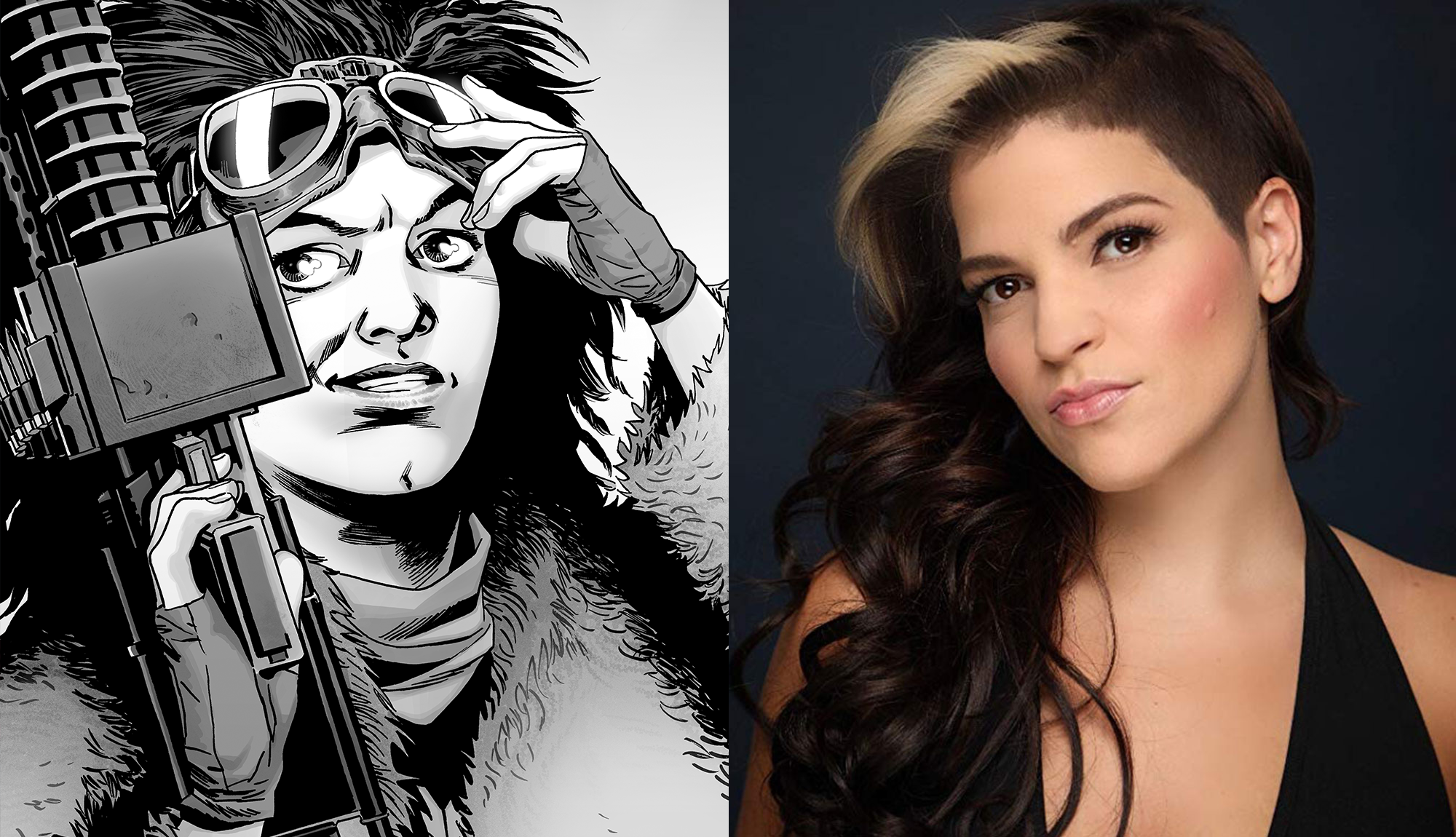 Another major character from the Walking Dead comics is soon crossing over to the show. Executive Producer David Alpert announced at New York Comic Con 2019 that actress Paola Lázaro has been cast as comic character Juanita Sanchez, better known as The Princess.

For those unfamiliar, Princess is a sassy spear-wielding, goggle-wearing, fuzzy pink jacket-rocking free spirit (with purple hair) originally encountered in Pittsburgh during our heroes’ trek to Commonwealth in Issue 171. Being the only living soul left in her city, Juanita calls herself “The Princess of Pittsburgh” because “Queen” would (to her) make her sound too old. She eventually joins the gang’s convoy to the massive Ohio community, which kicks off one of the final chapters in The Walking Dead comics. Here’s a look at her first appearance: 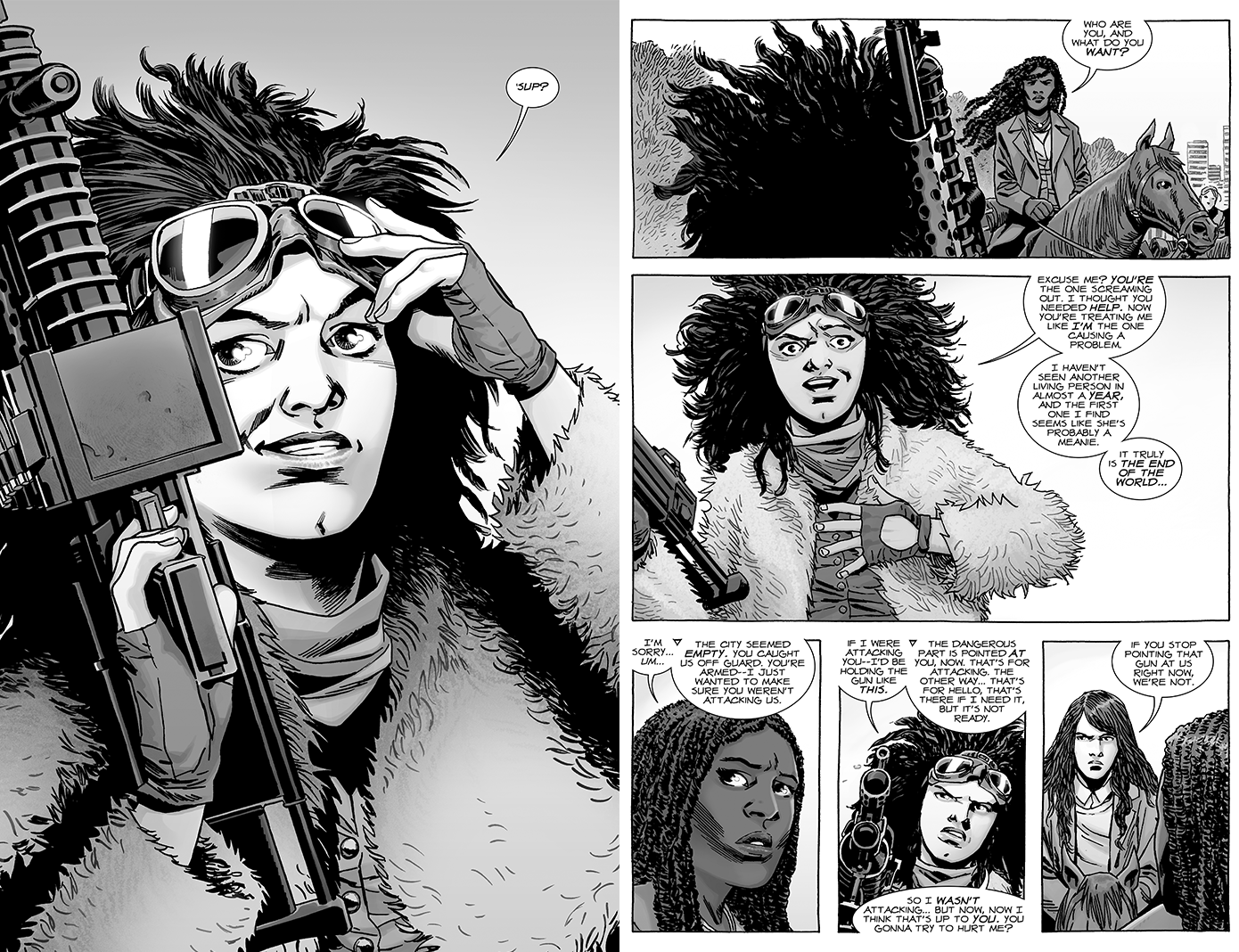 Princess has also graced the cover of three Walking Dead single issues along with a trade: 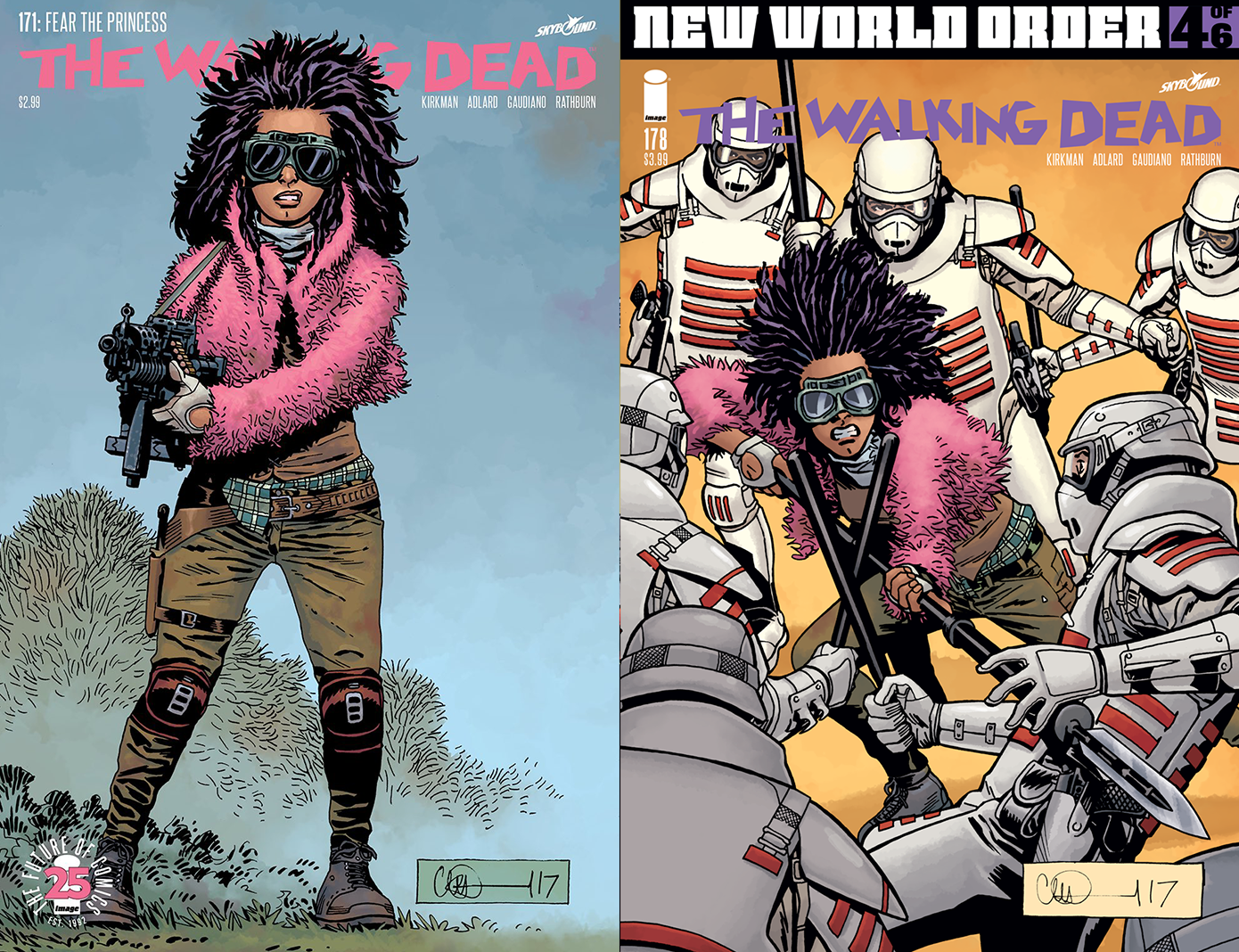 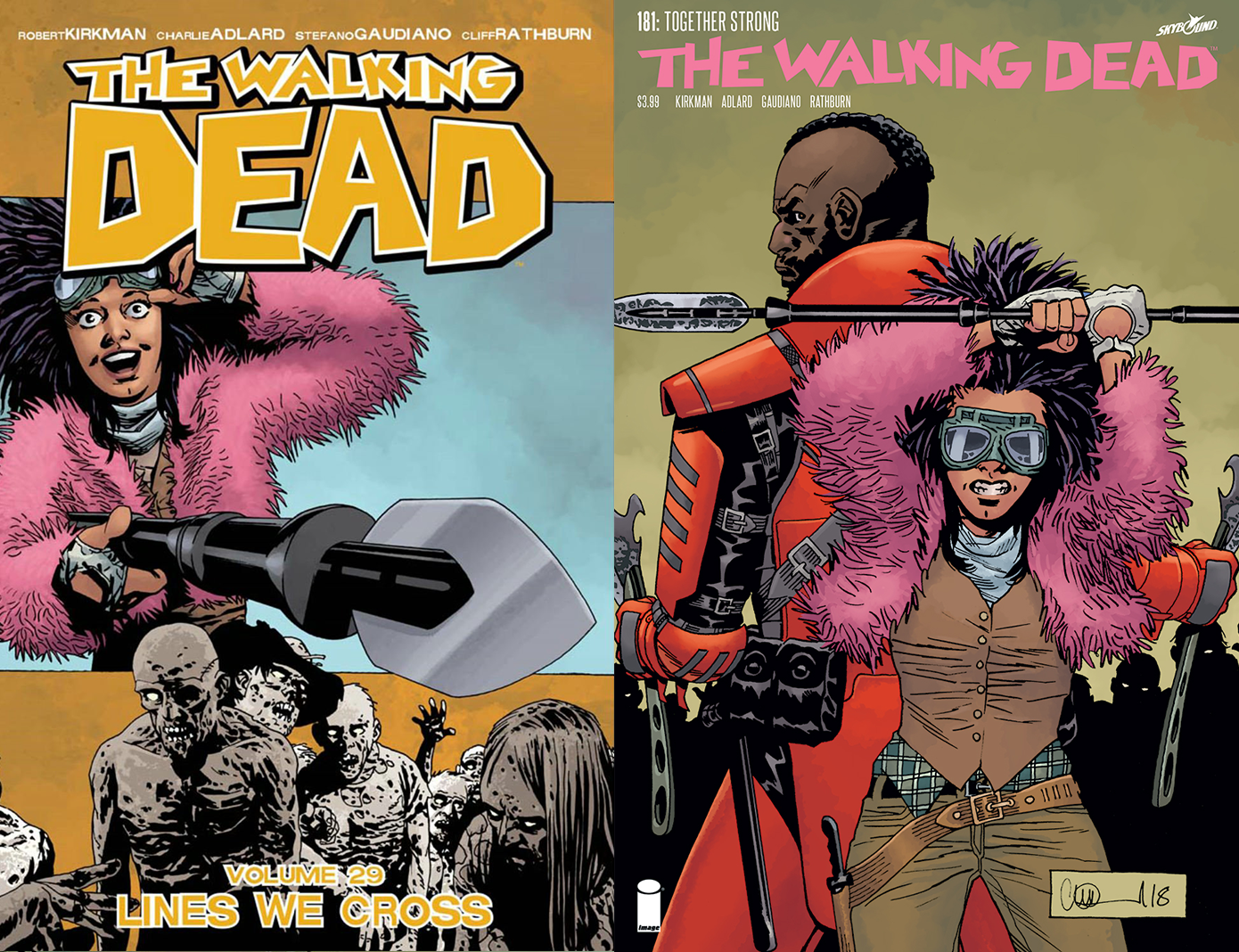 As for the woman behind the goggles – Paola Lázaro is a native of San Juan, Puerto Rico who is known for her roles in “Lethal Weapon,” “SMILF,” and “Pimp.” Lázaro is also a playwright who holds a Bachelor of Fine Arts in Dramatic Writing from SUNY Purchase College and a Master of Fine Arts in Playwriting from Columbia University. According her Women’s Project Theater bio, Lázaro has been “nominated for a Drama Desk Award for Outstanding Featured Actress in a Play in To the Bone at Cherry Lane Theatre. Lázaro was also in Martyna Majok’s John Who’s Here From Cambridge at EST. She received the Tow Foundation Playwright-in-Residence grant at the Atlantic Theater for 2016 – 2017 for her play Tell Hector I Miss Him.”

Learn more about the newest addition to TWD Family by following her on Twitter, Instagram, and checking out this QUIERO interview with her from 2018:

What do you hope to see from Lázaro’s Princess in Season 10? Tell us in the comments and also get in on her fandom early by checking out our Princess merch in our Skybound Store!

Watch The Opening Minutes of The Walking Dead Season 10

Lauren Cohan Is Returning To The Walking Dead In Season 10