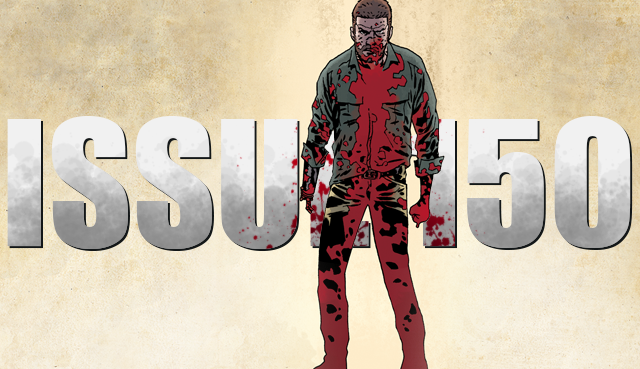 The ONE HUNDRED AND FIFTIETH issue of THE WALKING DEAD is out and it’s in your hands now, so let us know what you thought down below! We’ll be awarding our favorite comment with a Kirkman-signed copy of the MAIN Charlie Adlard cover! If you want to snag one of the other covers signed, keep your eyes on our social channels! And come strong with those comments gang! Love it or maybe just kind of love it, we want to hear your thoughts.

PREVIOUSLY: Rick’s consultation with Negan doesn’t go as planned for either of them. Negan’s advice doesn’t get him out of his cell, and Rick refuses to lie or mislead his people as Negan suggests. Instead, Rick lands on a new idea: training an army to wage war on the Whisperers. Meanwhile, at the end of Sanctuary, Dwight prepares to leave, but not before grabbing Lucille from the back of a closet.

Sneak Peek Into the Season 6B Premiere