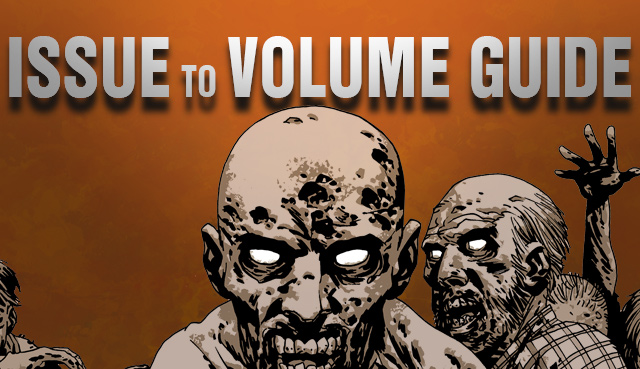 WE’VE UPDATED THIS POST WITH NEW ISSUES AND RELEASE DATES.

Barring the accelerated pace of the ALL OUT WAR arc, individual issues of The Walking Dead come out each month.
The release cycle for paperback volumes is generally two a year and hardcover books generally come out once a year, late fall.

Here’s a map of the different versions, some of these are being forecasted pretty far out and have loose estimates:

Our “Story” page in the comics section (update in progress) has an issue break down as well as plot details (so don’t expand unless you want to know).