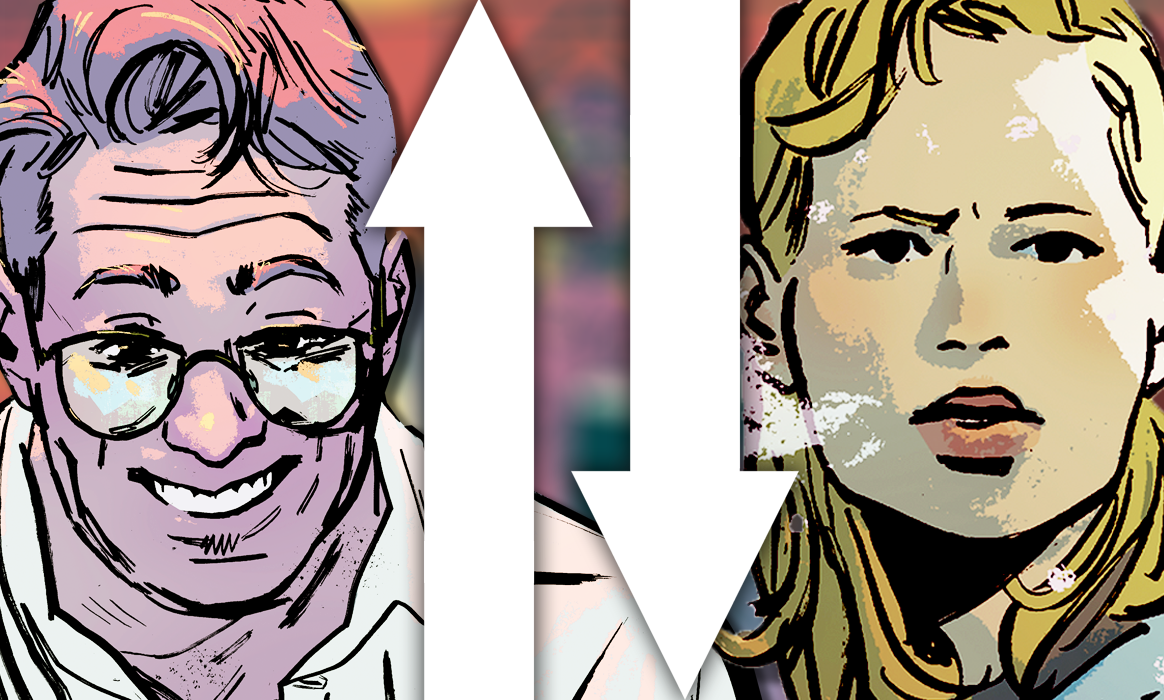 The possessed Romans threatened, Kyle trained, and The Reverend lived up to his title in this issue of Outcast. Because of those things we re-adjusted our character Power Rankings.

Simon once again commands the top spot of our Power Rankings because he is still training Kyle, who’s success relies upon his father.

Until Kyle fully harnesses his abilities we have to keep him in the second slot. We’re happy to see him push back against the Reverend, who has found a strange level of confidence lately. Hopefully Kyle can keep him in check.

Chief Giles wasn’t in this issue but he still holds a significant amount of power around the town.

Reverend Anderson received the biggest jump this week after finally forming a congregation of folks who side with him. Often an outcast himself, the Rev seems to have found a community he can influence, which in turn gives him a ton of power around town. We’re not entirely sure this is a good thing.

The possessed Romans made a huge move by breaking into Megan’s home, holding Mark and Holly captive, and threatening to burn down their home if they don’t tell them where Kyle’s located. After she booted them out they turned to a their larger community, where they hold even more power. This is definitely a group to watch in upcoming issues.

Megan showed a lot of bravery standing up to the aforementioned possessed Romans AND telling Kyle they need to get out of dodge before things get worse. For all of that, we’re bumping her up.

Allison’s serving the all-important role of protecting the Barnes family while he trains, but otherwise she hasn’t been too involved.

We moved Amber down because outside of being a kid she hasn’t done much lately. We know how powerful she can be, but until it manifests itself we’re keeping her here.

How did you feel about our new rankings following this issue? Is there something up with the Rev? Will Kyle leave town again? Tell us in the comments!