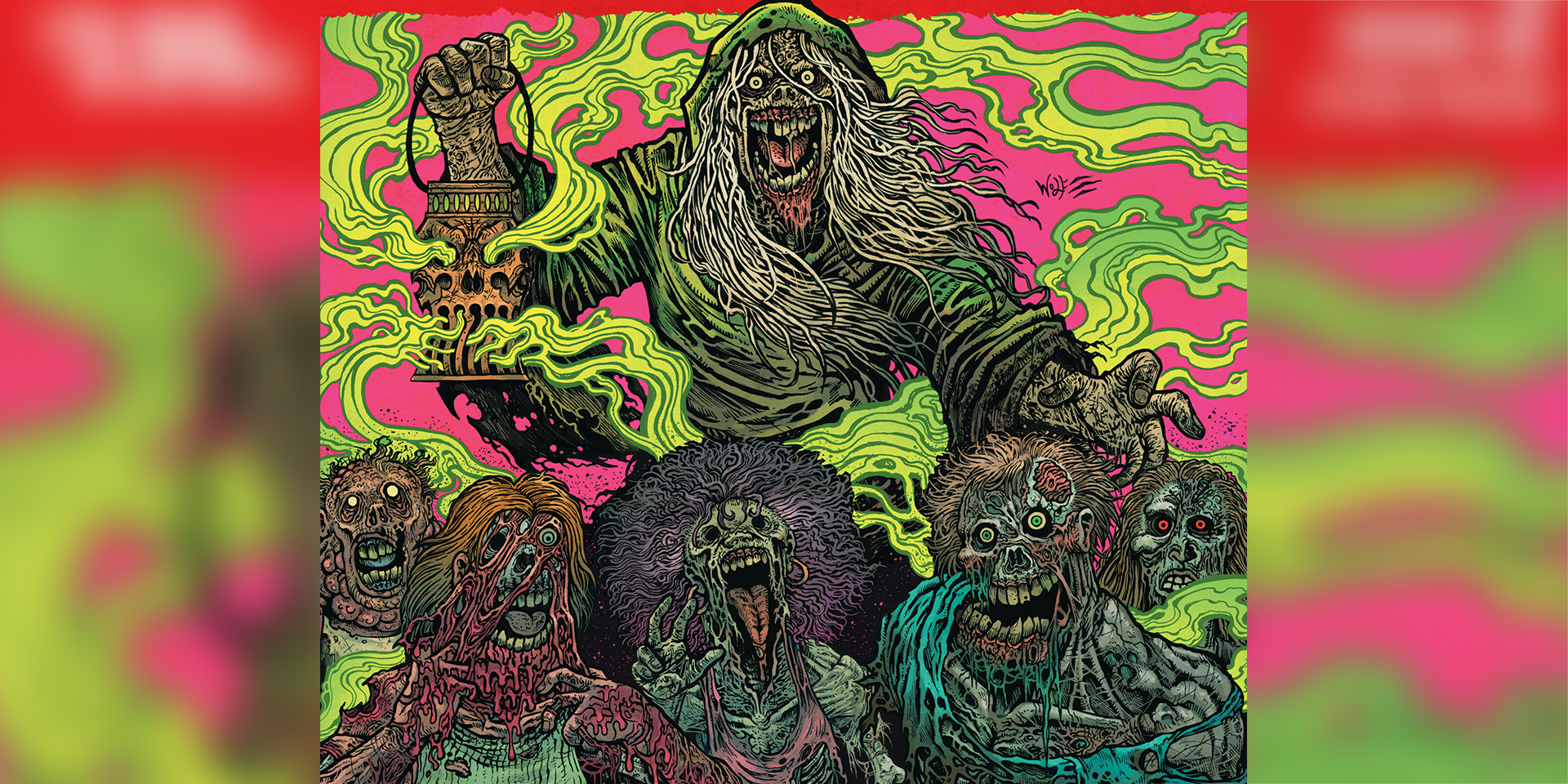 “The horror fix that fans of the Shudder anthology series have come to expect and appreciate.” – CBR

“This is a title that is going to be gracing my shelves for a long while to come.” – Big Comic Page

On the heels of an instant sellout and second printing of its debut issue, Skybound announced today that Creepshow #2, the latest in the five-issue comic book anthology, has sold out and will return with a second printing. Based on Greg Nicotero’s hit Shudder TV series produced and licensed by Cartel Entertainment, Creepshow #2 will return to comic shops on December 28, 2022. 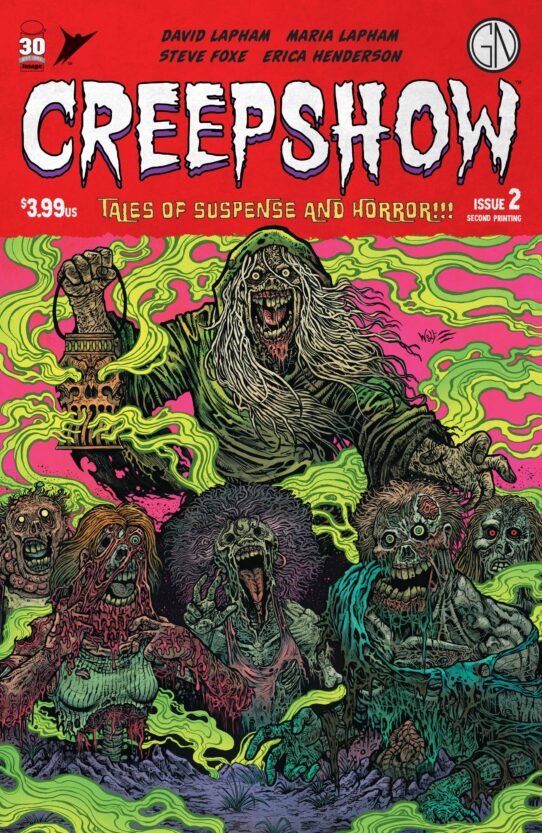 “Creepshow fans are some of the most passionate horror aficionados on the planet, and they’ve shown up in full force for this series,” said Alex Antone, Editorial Director at Skybound. “We love reading all the letters they’ve been sending us month after month…and this is only the beginning of our plans for Creepshow!”

David Lapham and Maria Lapham (Stray Bullets) kick off the issue with the terrifying tale of a tree whose roots grew so deep they reached Hell…and the girl who sat beneath it. Trish Mulvihill (Batman, 100 Bullets) colors the story, and Pat Brosseau (I HATE THIS PLACE) letters.

Then, writer Steve Foxe (Razorblades: The Horror Magazine) joins forces with artist Erica Henderson (Assassin Nation, Dracula, Motherf**ker) to share the shocking story of legendary comic creator Sal Medina—and the dedicated fan who went too far. Henderson is additionally on duty for colors, and Brosseau is back for letters on this story as well.