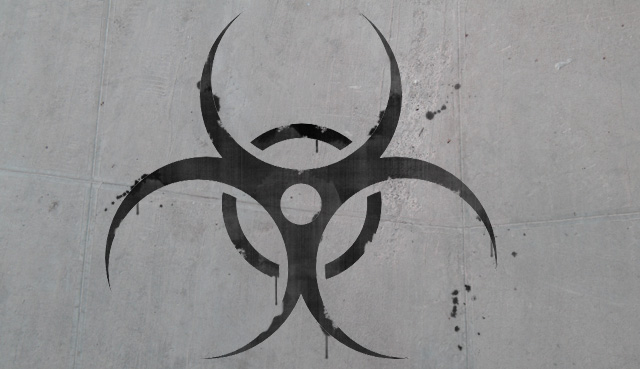 At the end of last night’s episode we see newcomer Patrick die from some sort of ailment. Tons of speculation from Twitter and at the office. What could kill someone that quickly? Here are some quick killers:

Appendicitis: Although not typical, sufferers can die hours after the appendix bursts, although this will generally be preceded by days of pain and fever.

Ebola: Symptoms can be very flu-like, with abdominal pain, vomiting, cold sweats, coughing, etc. End-stage symptoms include bleeding from mucous membranes, rashes, and hematomas. Death usually results from organ failure, but only after days or weeks of intense illness.

H1N1/H5N1: Related to swine flu and avian flu, symptoms include your typical flu symptoms: chills, fever, headache, coughing, and weakness. The difference being a much higher mortality rate amongst this more advanced flu type. Like Ebola, H1N1 and H5N1 are generally quick killers.

Botulism: A person can come down with botulism after eating contaminated food, including canned goods. Symptoms can hit in as little as 6 hours. Symptoms include slurred speech, droopy eyelids, and fatigue, all results of the botulinum toxin’s paralytic effects. Up to 60% of botulism cases are fatal if left untreated. Death can occur in less than a week after infection.

Staphylococcus Food Poisoning: Ingesting food infected with Staphylococcus bacteria can lead to onset of symptoms within 30 minutes, and death within days from complications if untreated. Staphylococcus has been on the increase in recent years due to antibiotic-resistant strands and thrives in unsterile environments. Like dirty zombie-infested prisons.

Poison: Any good Breaking Bad fan knows about Ricin. What if Patrick were poisoned? Ricin is (relatively) easily made and hence it’s literary popularity. Ricin can take up to a week to kill an infected adult. More quick acting, but far more exotic, are nerve gases like Sarin or VX. These nerve agents can kill in less than a minute. There are various other poisons that have actually been used through history, ranging in scarcity and lethality, but they all take a week to months to kill.

So what killed Patrick? I’d say poisoning is the least likely (who would want to kill nice little Patrick?) followed by Ebola, given it’s geographical limitations (it’s mostly limited to central Africa). The rest, while slower acting than the short window we see on the show, are all somewhat reasonable. Remember that at the end of Season 1, the CDC doctor told Rick that everyone is infected, hence the need to destroy the brain of any person who dies. It’s entirely possible that whatever this infection is, it speeds up viruses and bacteria and hampers the immune system. After all, people die from walker bites in short order.

What do you think?

Episode 401: 30 Days Without an Accident-Recap

AMC’s The Walking Dead Kills It In Ratings