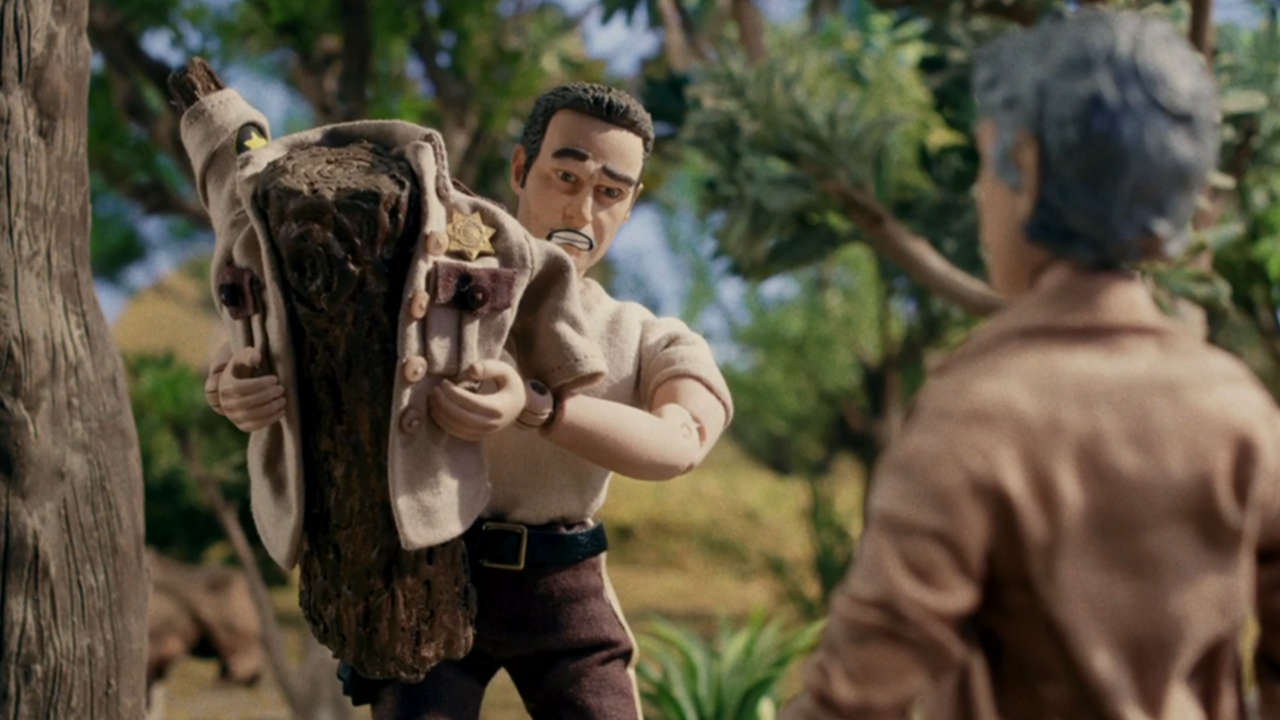 The special is told through the eyes of an elderly Carl, who shows up in a post-post apocalyptic Walking Dead museum to explain to the Nerd what REALLY happened during the apocalypse. “The framework for the museum came up weeks into writing, and then the idea to make Carl the mouthpiece for it came around the same time,” Robot Chicken Creator Seth Green told us in October. “But he’s the best character to tell the story because it’s probably through wild misinterpretation. Like a child’s eyes on all of this.” Although this was made before anyone knew of Carl’s fate, the special still holds up as an incredible Walking Dead parody.

The Blu-Ray will also include commentary from Robot Chicken’s Matt Senreich & Tom Sheppard along with Scott Gimple and Robert Kirkman. Additionally, fans will get a behind-the-scenes look at the making of the stop motion special. We included videos from Look Who’s Walking below: