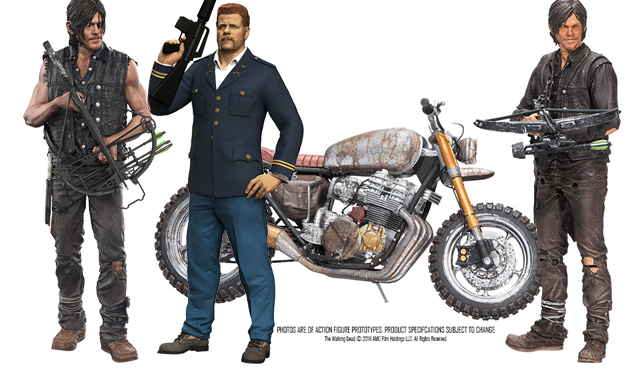 Missing The Walking Dead? We have your fix! This week McFarlane announced NEW Walking Dead figures! Below you find TWO different Daryl figures along with a 7-inch Abraham. According to The Nerdist, “McFarlane Toys are bringing back the 7-inch action figure in a big way this year, with their boxed “Color Tops” series that will include characters from Titanfall, Naruto, Gears of War and much more, including a returning Spawn.” Check out the Walking Dead series below! 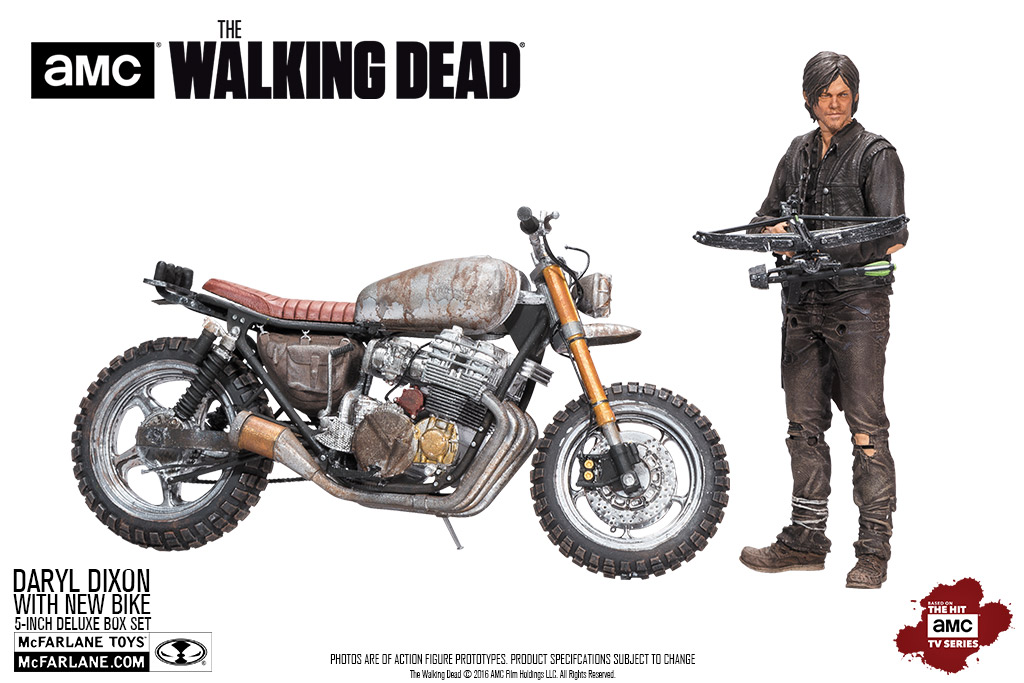 Daryl Dixon is a skilled hunter, fighter, tracker, and mechanic whose talents have made him one of the most valuable individuals to the group, and allow him to build and maintain his own motorcycles. Daryl first sported a custom chopper which belong to his brother, but has since lost it when the Prison was overrun. In Season 5, now with access to a garage full of parts in Alexandria, Daryl has modified a brand new bike to suit his scouting and independent lifestyle.

This deluxe box features Daryl Dixon’s new bike used in Season 5 and Season 6 of AMC’s The Walking Dead. Deluxe box comes with Daryl Dixon equipped with Crossbow and Knife and his new highly detailed bike. The figure’s 5-inches tall and will be released THIS SEPTEMBER @ $34.99.

McFarlane ALSO announced two 7-inch prototypes of Abraham & Daryl. Click on the images below to get the full-scale experience. 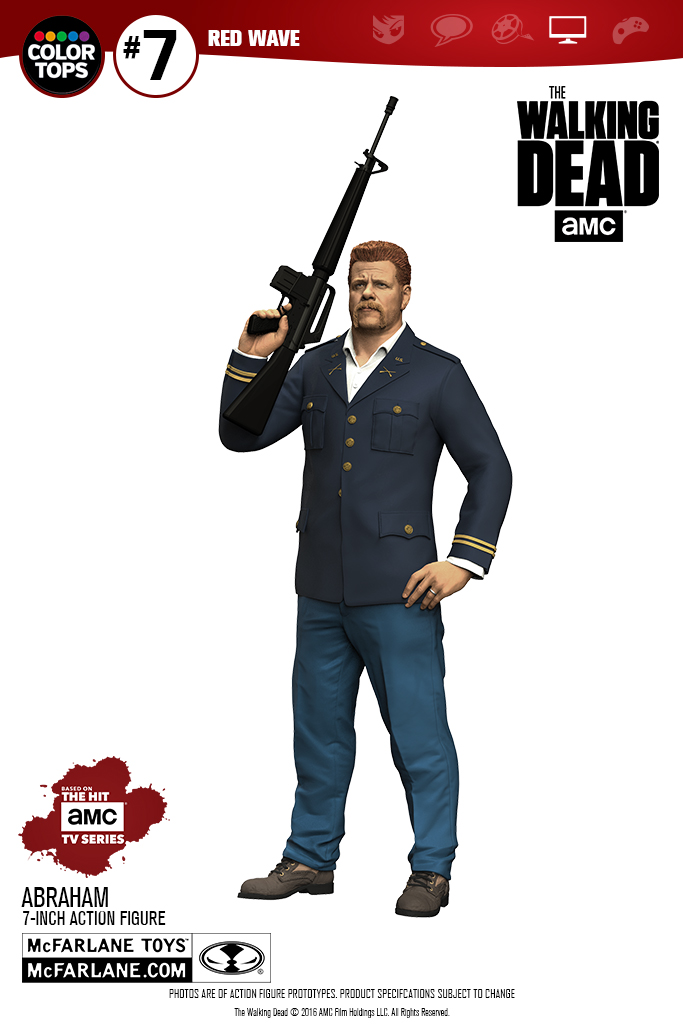 According to McFarlane, “Abraham Ford was a lost man who found purpose in joining and becoming a core member of Rick Grimes’ survivors. Dressed in Army Dress Blues he finds during a scouting mission, he dons a garment sentimental to his past military career and begins to embrace his new outlook in this life.”

This 7-inch figure includes a grenade launcher and assault rifle. 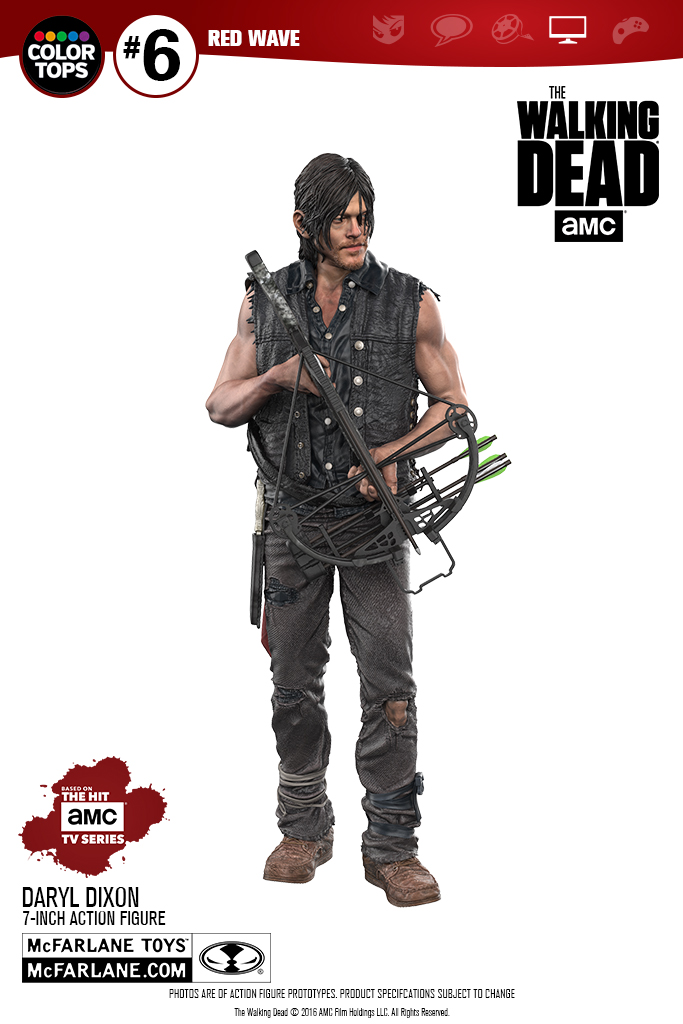 Daryl Dixon’s ability to use whatever he has at his disposal to survive and protect his friends has made him a key member of Rick’s group. Even during a knock down drag out brawl in the first half of season 5 of AMC’s The Walking Dead, Daryl prevailed by ripping the head off a walker to knock out his combatant.

This 7 inch figure comes equipped with a crossbow, knife and a Walker head with spine.

What do you think of the upcoming figures? Which ones would you like to see next?? Let us know in the comments!