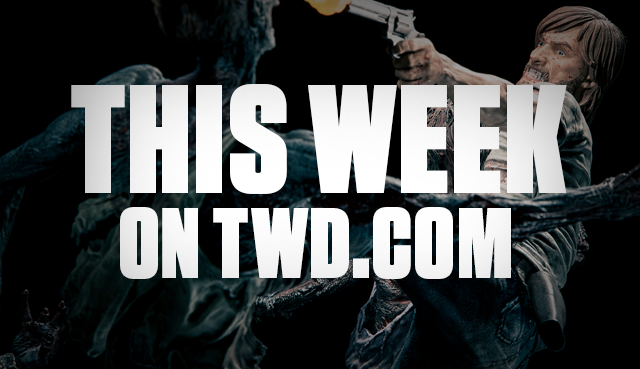 Lizzy here, hope you all had a good week! Now that it’s Saturday, let’s look back on everything that happened this past week…

**The Dead Cup Continues! Our homage to the World Cup where you vote each day on who would win in each pairing per a group, and then the winners move onto the next round.

***On a related note, check out our Suarez-TWD meme collection!

**The Horde On: SDCC Teasers! We snooped on what everyone has been saying about our mysterious San Diego Comic-Con Exclusives!

**At the Saturn Awards, TWD walked away with four awards! Most importantly, super adorable Kyla Kennedy presented the award to Scott Gimple.

**Norman Reedus talks about Season 5, and reassures us that everyone is at their most badass!

**Brand new photos from the TWD Escape in Minneapolis! Evacuation zones, jumping over cars, navigating walker-filled cages–this album has it all!

And now, the incredibly-not-so-secret top secret test to see who actually made it to the bottom of the recap. If you’re reading this, leave a comment about if you’re going to San Diego Comic-Con or not! And if not, do you have any other convention visits planned?

Scott Gimple on The Spin-Off & Season 5