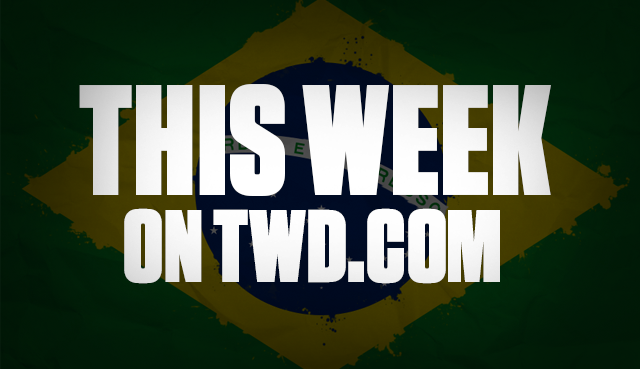 Lizzy here again, because Brian does not post on the site. I KID, I KID. He posted like one thing this week. But it was a good one, which brings me to the first of the things you may have missed this week:

**The Dead Cup Begins! Our homage to the World Cup where you vote each day on who would win in each pairing per a group, and then the winners move onto the next round.

**TWD Featured on Jeopardy! And one contestant guessed it wrong and lost $9,000.

**Special Edition TWD Hyundai now available! We break it down in our post and lay out all of the unique features!

**Caption Contest! There’s still time to enter and caption Rick, or Negan, or both!

**INTERVIEWS, INTERVIEWS EVERYWHERE. Michael Rooker, Danai Gurira, and Norman Reedus in his cool house that has a deer in it.

**The Horde On: Who’s Missing. Every week we pick 10 comments about a certain topic and post them for the community. This week’s topic was who we still haven’t seen yet in the New Beginning arc.

**AMC will be holding a Dead, White and Blue Marathon during 4th of July weekend!

**Also, PSA, registration is now open for the San Diego Escape! Come and get your tickets!

And now, the incredibly-not-so-secret top secret test to see who actually made it to the bottom of the recap. If you’re reading this, leave a comment about what your summer reading is shaping up to be. Rereading TWD is perfectly acceptable, of course, but what else are you planning on lugging to the beach/mountains/wherever?