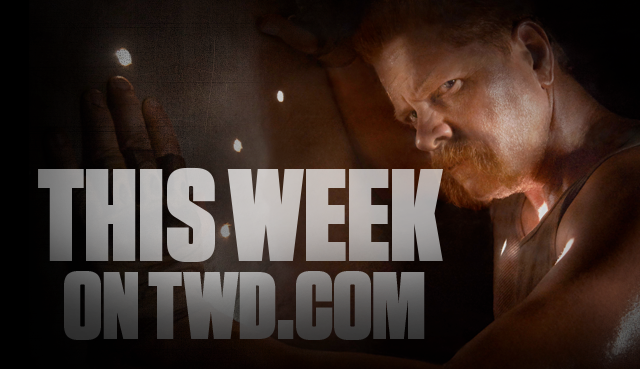 As the show gears up to return this October, we’ve had plenty to report on this week! See our highlights of TWD news below:

**NEW Season 5 Premiere Trailer!! “Cross any of these people, you kill them.” It’s giving us chills!

**Batch #2 of Season 5 Character Photos! Featuring Rosita, Eugene, Tara, Abraham, Tyreese, Carl, Beth, Gareth, and Bob Stookey trapped in what looks like a boxcar but, who knows, might be something else…?

**The cover of The Walking Dead #135 revealed… but what does it mean?

**The official Season 5 Synopsis was released! And it touches on Terminus, Washington, D.C., and more!

**Funtimes interviewtimes: Robert Kirkman talks to The Walker Stalker Podcast for their 100th episode, and Josh McDermitt talks to MoviePilot about Eugene!

**Behind the Scenes Stunts Video takes a look at the stunts coming up in Season 5.

**Memes, memes everywhere! Check out our memes about what to do when someone says that The Walking Dead is bad!

And now, if you made it to the end, let’s discuss… comic book genres! What are your favorites? Do you read other horror books apart from TWD? And dare I ask… Marvel or DC?

(TRICK QUESTION, the answer is Image.)