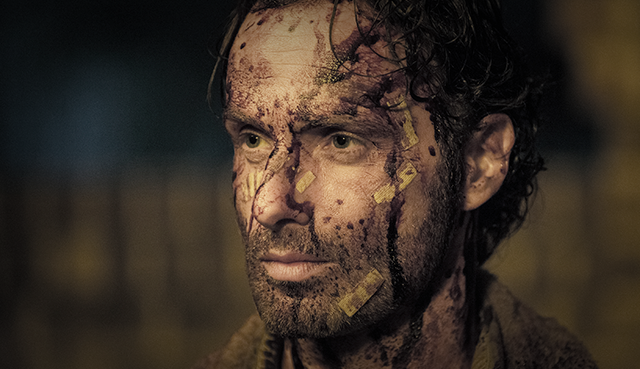 This Isn’t a Ricktatorship… It’s Anarchy.

Season 5 of The Walking Dead ends in anarchy.

Deanna—leader of Alexandria, voice of law and order—abandons her own government the moment she orders, “Do it.” There is no trial, no formal sentence. Exile is forgotten as Rick, covered in blood, commits murder without hesitation.

In some ways, this may look like the Ricktatorship we were all promised this season. “The new world’s gonna need Rick Grimes,” Abraham’s map proclaims. As society struggles to get back on its feet post post-apocalypse, someone will need to step up and lead it, and this might be Rick’s chance. While many fans were quick to cheer Deanna’s decision to let Rick deal swift justice, we have to ask:

Is this really the Ricktatorship we wanted?

Rick has always eschewed leadership, only to find its responsibilities and burdens heaped back on him. In some ways, this makes him an ideal leader; he doesn’t desire power (like Shane) or abuse it (like the Governor). However, Rick has always had one foot firmly in the camp of being anti-government, and with good reason. Time and time again, governmental institutions have let Rick & Co down. From the disastrous refugee camps within Atlanta to the flailing remnants of the CDC, it’s clear that what remains of civilized society cannot be trusted.

And even when humanity begins to rebuild, the results are worse than ever. The leaders of the post-apocalyptic communities are corrupt to the core, from the Governor’s dictatorship in Woodbury to the twisted oligarchy of cops in Grady. It’s no small wonder that Rick didn’t trust Alexandria upon arrival.

Inside Alexandria, Rick immediately suggests taking over the community, but this is not because of any desire to rule. He doesn’t covet Deanna’s position, and he doesn’t want to rewrite the laws—he wants to live by his own rules. He thinks he can improve Alexandria by acting on his instincts, and, to be fair, these are the same instincts that make him such a good leader. However, they are not a substitute for law and order.

For abusing Jessie and for murdering Reg, Pete never faced the law; instead, he faced a gun barrel. And that gun belonged to Rick, who, by all civilized definitions, is now a murderer as well. While Rick may have killed people in the past, Pete’s death was not committed in self-defense. Pete was on the ground, helpless—a threat to order, perhaps, but not to immediate safety. Shouldn’t he have ended up in jail or in exile, not in the ground?

Deanna abandons her fledgling government when she gives in and commands Rick to kill Pete. That is the moment Alexandria falls into anarchy. Because if the law is that murder is now punishable by death, shouldn’t Rick face the same fate as Pete?

In Season 6, do you think Rick will face consequences for killing Pete? Or will he turn around and take charge of Alexandria (aka The Ricktatorship Ascendant)? And just for fun… how would you classify some of the other groups in The Walking Dead? Terminus? The Claimers? Comment below and let us know!

And if you haven’t watch it yet, check out this video where TWD cast & crew wrap up Season 5: 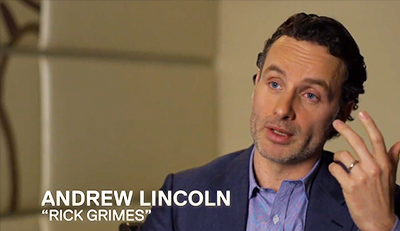 Home | The Walking Dead | This Isn’t a Ricktatorship… It’s Anarchy.

Poll: Who Can Play Negan?