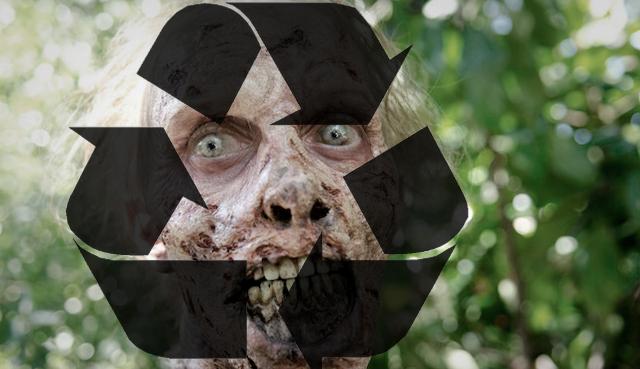 Q: You’re spearheading an effort to “go green” on set. What does that entail?

A: Every year, we try to build on what we established the year before. During Season 2, we tried to address how much paper we were using and encouraged people only to print when they had to or to print on double-sided paper; or to use an electronic device to retrieve their information. So, we started there and then really got into the recycling efforts. It’s a challenge. There are people who don’t understand, I think, all the reasons why recycling is such a good idea. We try to make it as attractive as possible and as easy as possible to do it, but sometimes people just don’t want to do it. To that end, we’ve tried to have a “green” representative from each department to be the cheerleader.

Q: What’s been the coolest or most innovative way in which you’ve re-used something? Do any of these efforts make their way into what we’re seeing on screen?

A: The amazing prison garden that the production designer created for Season 4. We bought a composter and started composting breakfast and lunch. This year, we’re expanding our effort so we’re composting all the time even when we’re on location. We had compost at the end of the season that we used in our prison garden last year. They were flowering fruits and vegetables all over the interior of the prison, so we’re using it all the way through its cycle. This year, we have our own garden for the crew and we hope we’ll make some zombie salsa here when the tomatoes ripen. [Laughs]