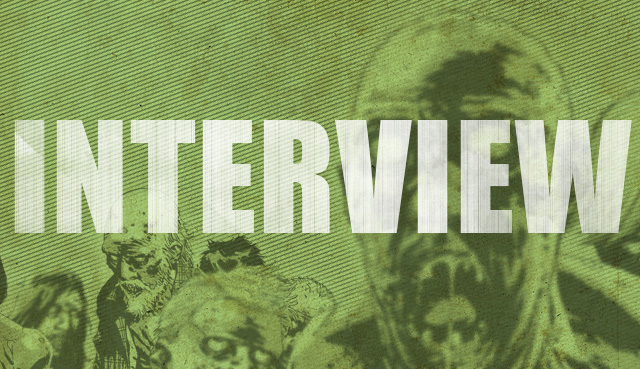 Q: This is your first season on The Walking Dead production. How did you get into the swing of things?

A: I jumped in feet-first on the Premiere. It’s probably one of the biggest stunt-heavy episodes ever filmed. I didn’t have a whole lot of time to sit around and think about how to properly get into gear. We had to hit this gear immediately.

Q: What stunts from previous seasons do you find the most impressive?

A: Some of the stunts they’ve had to do with walkers have been impressive because the walker can’t react like normal people or how we’ve been trained to react. In this business, you learn that if you get shot, you fling yourself around and make the death spectacular, but it’s the exact opposite with a walker. There was one instance when a walker walked off of a porch, over the railing and never reacted like a stunt person would — he never put his arms over his head to save himself or balance himself to fall properly. He literally went crashing to the ground as a walker would. They’re not concerned with their safety or well-being.

Q: Is there a particular stunt that looks like it should be easy to laypeople, but in actuality is very difficult?

A: Almost daily as we’re killing walkers, it’s become commonplace to see a walker get stabbed in the head or shot, but each one is its own little work of art. The logistics of a knife being in somebody’s brain and how a hand would hold the knife buried in somebody is all one big choreographed move. Each one of these kills becomes its own little scenario that we have to watch very closely.