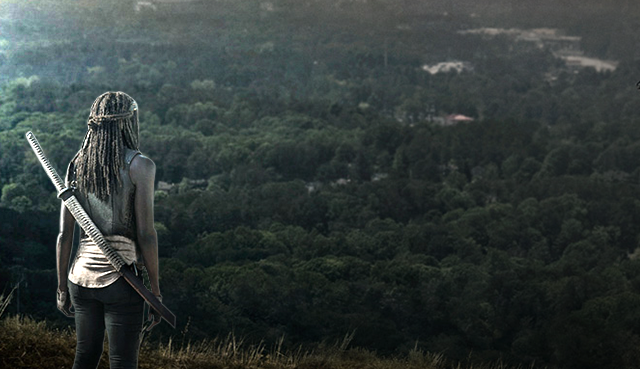 Walking Dead fans should prepare themselves for a darker and grittier second half of Season 6. Michonne actress Danai Gurira tells Entertainment Weekly about the new territory they’ll cover along with how Michonne will take on Deanna’s responsibilities:

ENTERTAINMENT WEEKLY: Okay, Danai, how would you describe the arc and tone of what we’re going to see coming up in these back eight episodes?

DANAI GURIRA: It’s so full of many different things. It’s a really full meal. There is an experience that they’re starting to go through that they’ve never experienced before, and it is new territory for them, though their response to it is based on a lot of what they’ve learnt in their past experiences. But they are stepping into newer territory than they realize. There’s also very specific character growth and experiences and arcs that are surprising — and I think very intriguing — that also occur in the midst of the larger arc, which is a very macro and ethic transformative experience for the group. 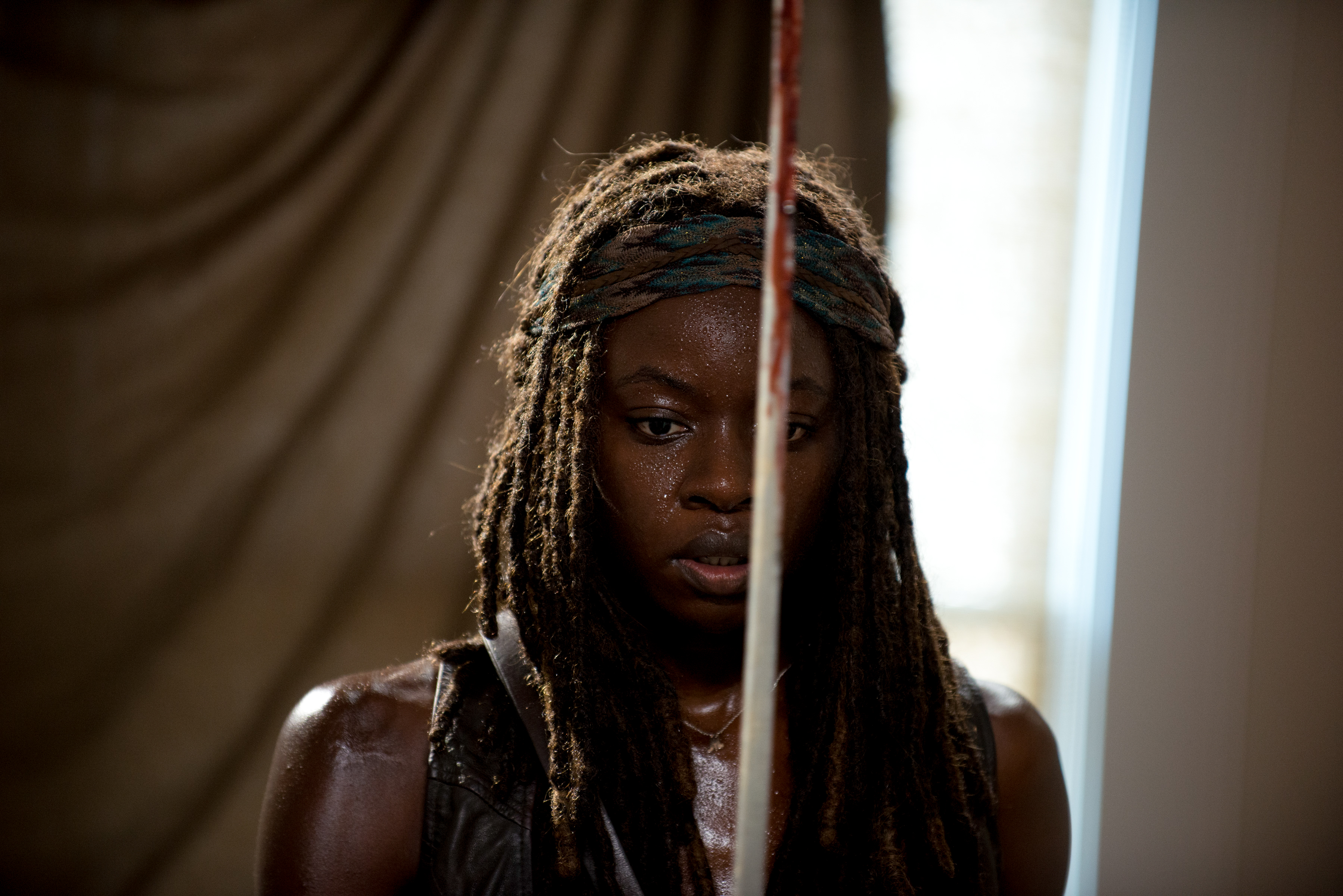 EW: When you talk about character growth, what does that mean in terms of Michonne? Obviously Deanna entrusted her future plans for Alexandria to Michonne, so what’s Michonne’s take on that going forward? Is she going to feel a responsibility to see those through?

DG: I think Michonne has already felt a deep responsibility to Alexandria. She’s the one who was really on Aaron’s side when Aaron came and tried to get them to go, and she’s the one who trusted him and got Rick there. Rick initially punched him in the face and was not having it. And she’s the one who when Rick was kind of losing it and really not trusting these people, she knocked him out, gave him a timeout really, so that he could really rethink how he approaches everybody.

She’s the one who put up her weapon and really tried to transform amidst their rules and put on the uniform they asked her to put on. So she’s always respected Deanna and always really wanted this place to work and always really wanted a home for them to really function with some degree of normality. She said in the episode where Tyreese died, “We’ve been out here too long.” And she was seeing it affects her people, so I don’t think that’s really the shift. I don’t think that’s necessarily a change for her. 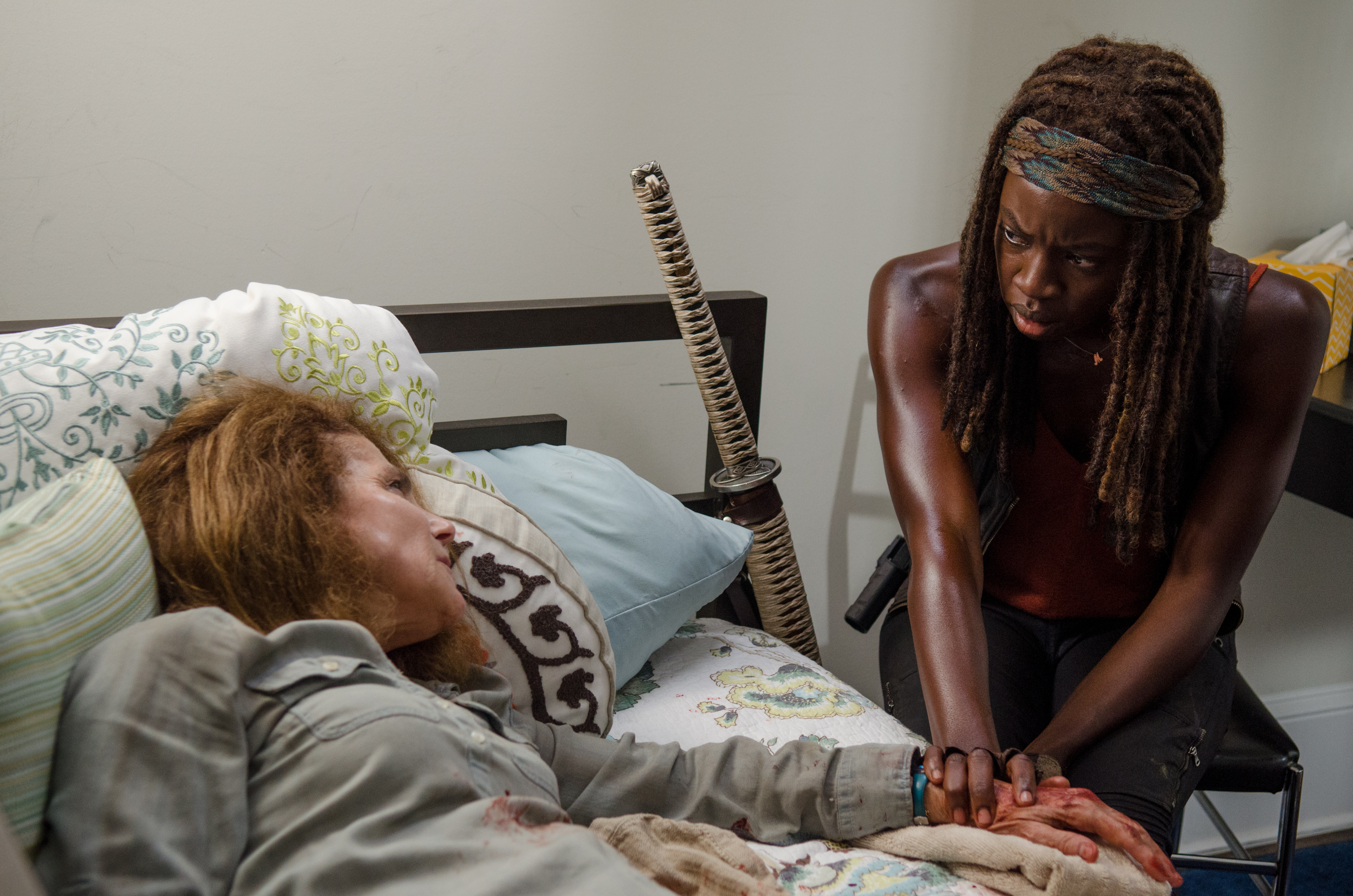 She’s always really cared about this place and wanted it to be a home for Carl and for Judith and for everybody, a place where they could stabilize and reconnect to their humanity in the more level-minded way. But I feel Deanna went a little further into Michonne with that question she asked her, about what do you want? It’s something more than being dutiful to the group and to those things. It’s something else, and I think that Michonne’s journey is to figure out what that something is.

EW: Usually when a place gets overrun like Hershel’s farm or the prison, the group gets out of there and has to start anew. But Alexandria is a long-term home in the comics. So what makes this place different and worth saving? Is it just the infrastructure and the community? Is it a matter of “we can’t keep going out there”? Or is it both of those things?

DG: I think it’s definitely both of those things. It is a time where they have to make a decision about how this moment is going to differ from the moments before. And it’s about the idea of, do you go back out and run, or do you find a way to take a stand? And it is really kind of that thing that makes their journey continual and dynamic. We don’t know yet what exactly their response to this level of invasion is going to be, and whether or not they’ve really learnt from what their choices were in the past and the way they got there, but I do know that they are fed up with constantly moving. 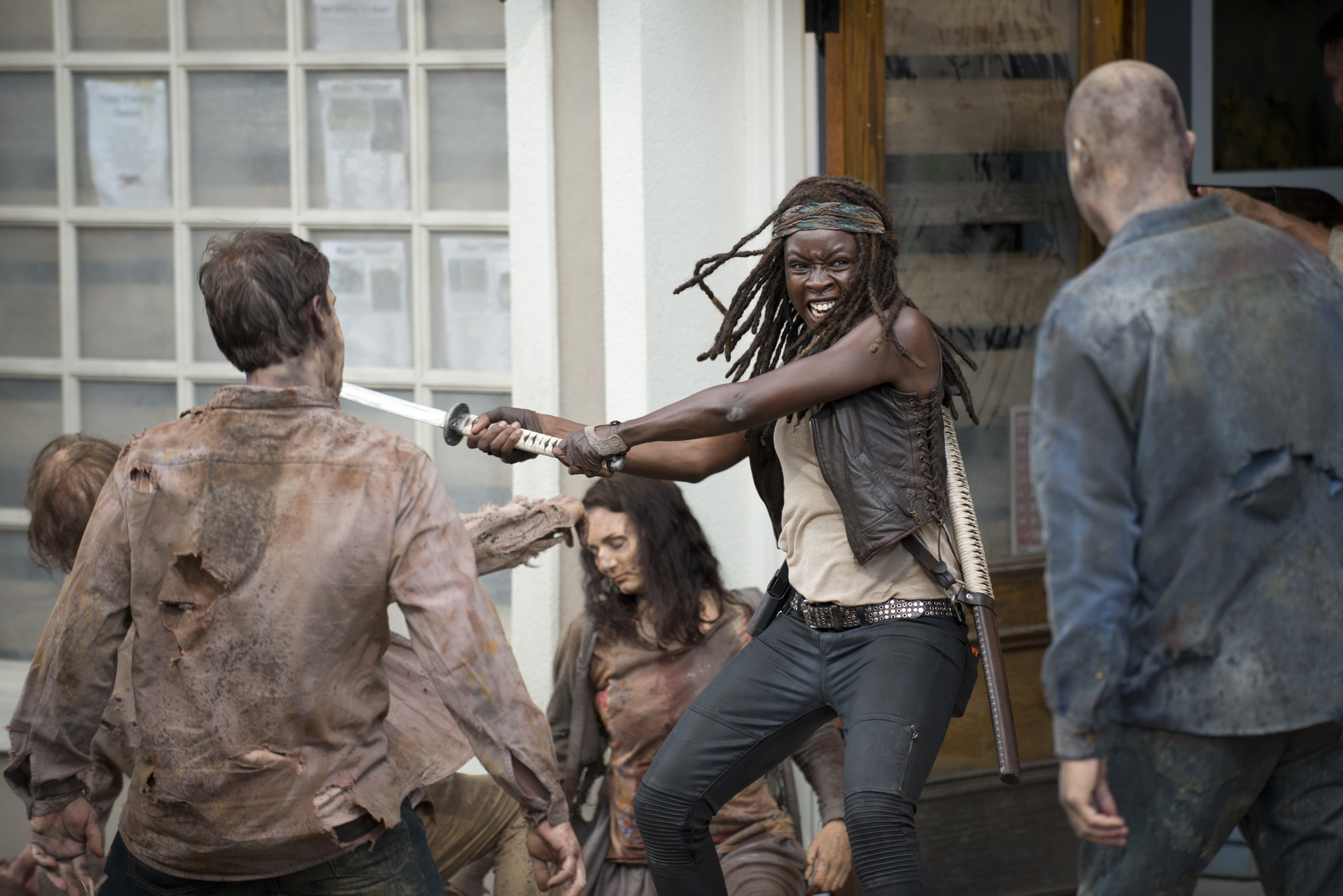 That doesn’t mean they can necessarily stop moving, but they’re fed up with it. They all wanted to be able to call a place home again because being on the road is the worst. I mean, that was horrible to shoot, let alone to live — living in cars or walking down the street and hoping some random animal is caught. You know, living off a few bullets and a few drops of water — there’s nothing worse. So really, I think it is a moment of truth for them to really figure out what is this moment going to mean for us and how does our journey continue? It all depends on we respond to this moment.

Want more from this interview? Then check out Entertainment Weekly!

How Maggie’s Pregnancy Will Affect Season 6B

Andrew Lincoln’s Favorite Episodes Are In Season 6B