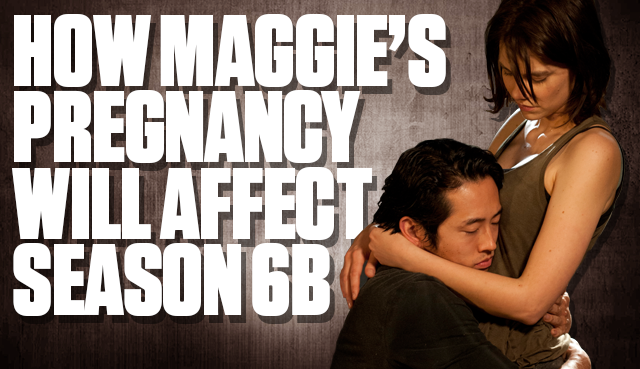 How Maggie’s Pregnancy Will Affect Season 6B

The zombie apocalypse isn’t the most ideal setting to raise a baby. Despite this, one of the biggest bombshells to come out of the first half of Season 6 was Maggie’s pregnancy. Our friend Dalton Ross at Entertainment Weekly recently sat down with Steven Yeun to discuss how her pregnancy will affect the rest of the season along with what else we can expect in the next 2 months!

ENTERTAINMENT WEEKLY: Glenn and Maggie have a baby on the way, which is no small development. So what does this mean for Glenn going forward?

STEVEN YEUN: It’s interesting because people assumed that Glenn didn’t know about the pregnancy, that Maggie would have not told him, and she told Aaron. But Glenn has known about the pregnancy since the very beginning. I’m sure it was something that they knew could happen, and they found out when it did, and that’s the type of bond that Maggie and Glenn have, where they tell each other everything. If you go look back at that moment in the beginning of the season when Glenn says, “You know, you should be here, watch over this place, because we’re not,” I forget Maggie’s exact line, but it alludes to the fact that they’re living for somebody else as well.

If you watch the first eight episodes painting that picture over it, Glenn does everything because of that. Everything Glenn does is because of the kid that’s on the way, be it down to even saving Enid, even pressing her to come back with him. You know, why would he do that? And he mentions Maggie and he mentions that she would have done it, and then he mentions that he is doing it for himself. But I think, ultimately, what he’s trying to get at is that he’s trying to build a world for his kid that can be as close to what he grew up in as possible, that can have hope to be some sort of secured, stable environment. 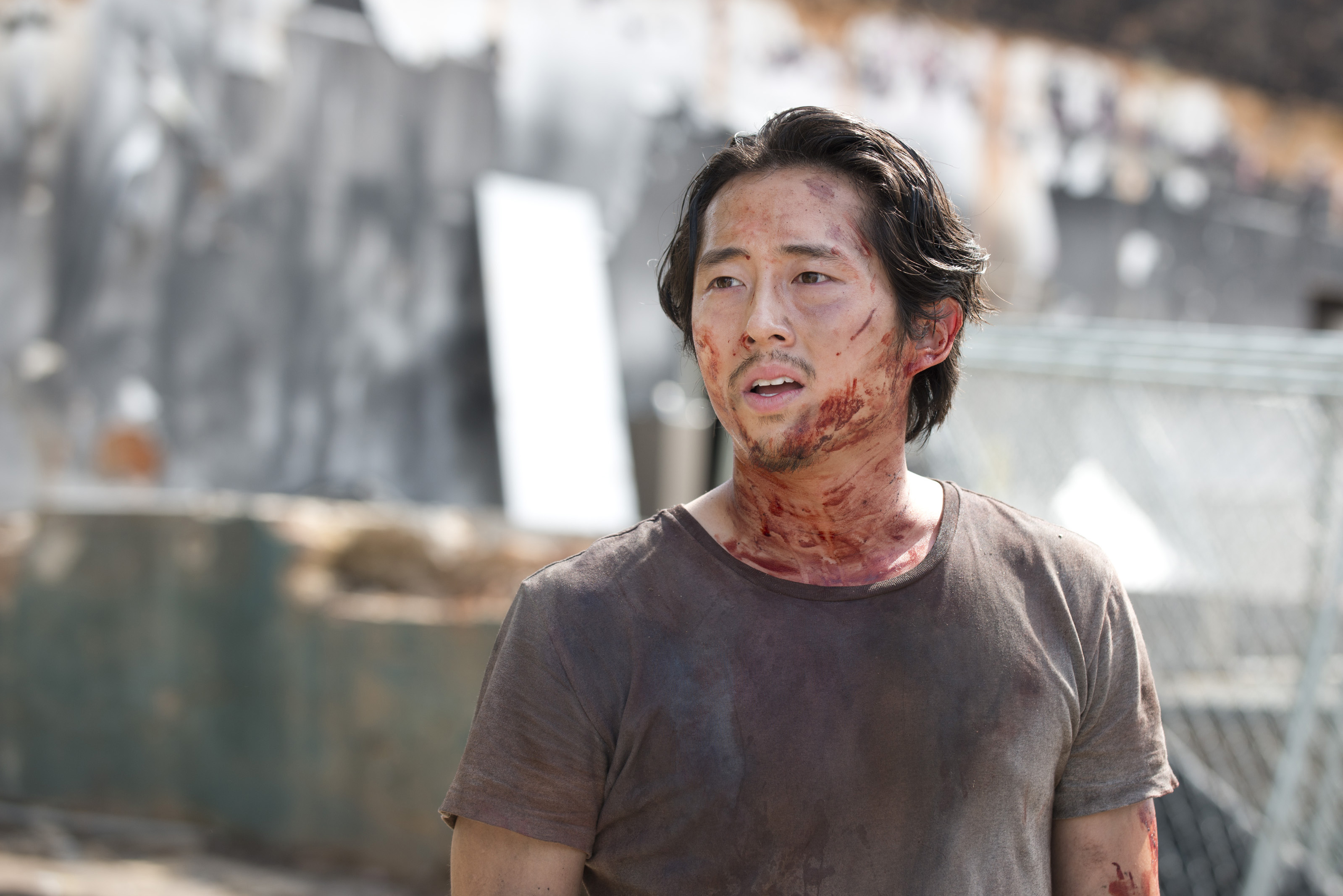 And part of that is echoing from the last season, the idea that sometimes we can be out there too long, and that we can completely lose ourselves. And to that extent as well, there’s the fact that Glenn has not killed another human being as of yet, and it’s not from a place of Glenn saying, “I can never do that,” but it’s more along the lines of Glenn has not faced a situation where he’s been forced to. And if he isn’t forced to, he chooses not to, because I think for him, he’s trying to preserve a part of himself to say that anything that I do, I want to be able to look my kid in the eye and say, “Hey, I lived this way, and I’m still here. So you can live this way, and you can still be here as well.” I think everything’s kind of a prep for this kid, and so, yeah, I mean, that’s kind of where they’re at right now with the baby.

EW: We know Jesus is showing up soon and he comes from the Hilltop. So, the world is going to start to expand with different communities. What’s Glenn’s take on that, and some of these places in relation to Alexandria?

SY: To all of them right now, their scope of what the world is is kind of centralized and localized within that concept of Alexandria. I think for them, that’s their world right now, and that’s what they’re trying to fortify and make great. But if there are more civilizations out there, that’s a fact that probably for Glenn, based on what type of people they are, will be a positive experience because there are limitations that Alexandria has at this point.

EW: After we get through this whole terrible situation the group is in right now with the zombie herd inside the walls, is this going to bring whoever survives together, or is it going to sort of continue to divide them?

SY: I think the group is resilient. The group absorbs people, loses people, but at its core, it’s what brought them together. The survival of all those individual members is pretty much from the fact that they found each other, that they have each other. Oftentimes I watch our show, and I’m like, “This is the most unlikely group of people that have ever existed, people that would never be probably friends in real life, but somehow they got brought together and they got to see that all of them are made of some similar strands.” And that’s a concept that’s always going to prevail in this group and in our show, which is that survival is not an individual struggle, but it’s a group struggle. 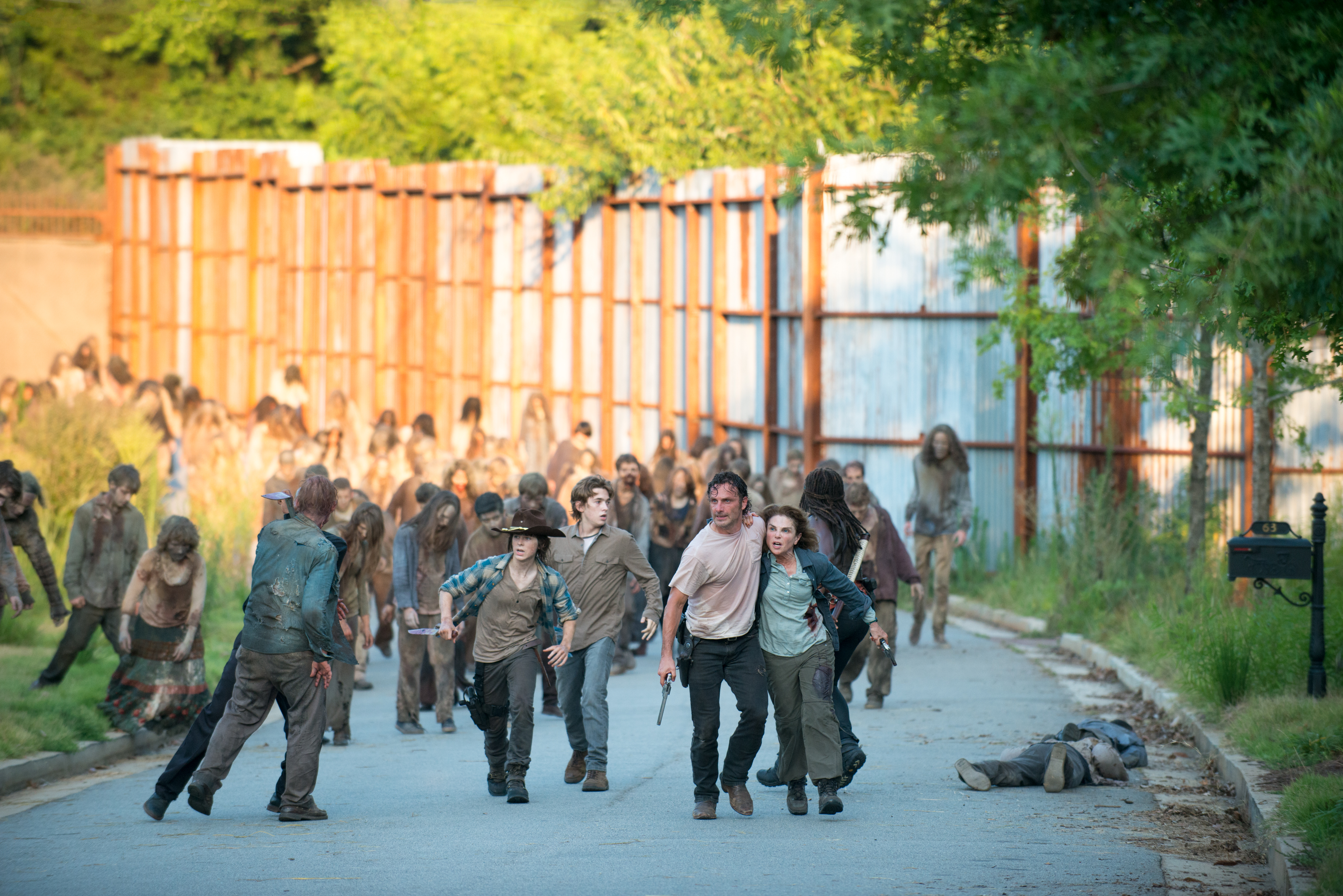 To get the full interview head over to Dalton Ross’s article on Entertainment Weekly!