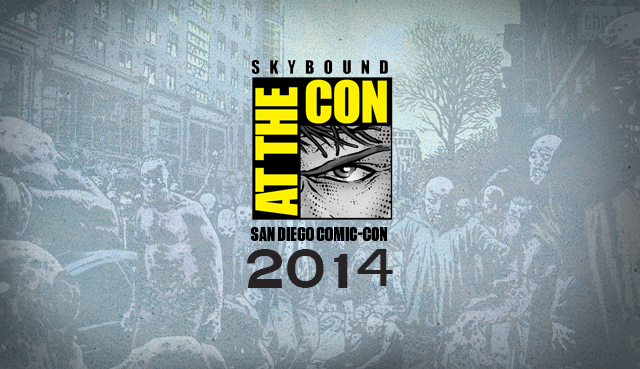 Dive into the world of the Eisner award-winning graphic novel The Walking Dead with creator Robert Kirkman and artist Charlie Adlard. Panel will be moderated by The Walking Dead editor Sean Mackiewicz.

The panel will feature an exclusive, never before seen teaser of Skybound’s first feature film, AIR starring Norman Reedus (The Walking Dead), a co-production with Automatik Entertainment (Insidious franchise) which has been acquired by Sony Pictures Worldwide Acquisitions.

Norman Reedus will join the panel to discuss the making of AIR and what it was like to work with Kirkman and Alpert outside of The Walking Dead. Director Christian Cantamessa (Red Dead Redemption) will also join.

Robert Kirkman and David Alpert will discuss Skybound’s newest division, Skybound Interactive, and will share news about the critically acclaimed game The Walking Dead by Telltale and other happenings in the interactive space.

Panel will be moderated by IGN’s Greg Miller.

Join Skybound’s Robert Kirkman (The Walking Dead) and other Skybound writers and artists including Josh Williamson (Ghosted), Khary Randolph (Tech Jacket), Matt Roberts (Manifest Destiny), and Chris Dingess (Manifest Destiny) as they discuss not only their own works, but the ever-changing landscape of the modern comic book industry. Panel will be moderated by Skybound Editorial Director Sean Mackiewicz.