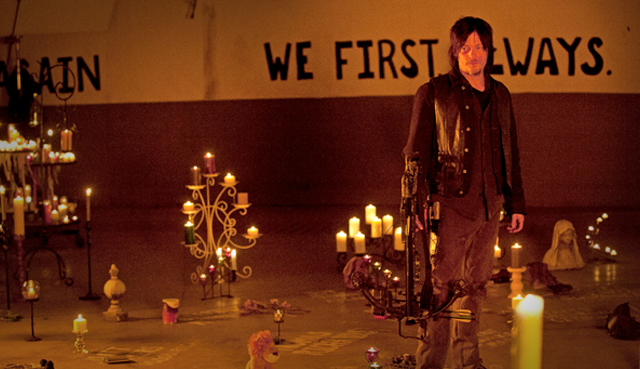 Entertainment Weekly spoke with Norman Reedus, who teased what he knows so far about Season 5.

“From what I know, it’s gonna be just completely insane,” Reedus told EW. “I sort of knew I needed like a good month to rest to jump in. The storyline they’re throwing me is a thousand miles an hour.”

When asked if he could pry anything else from Scott Gimple or Robert Kirkman, he simply said, “Those guys are very good at telling you a bunch of stuff, and you sit there for an hour and you walk away and go, ‘What the hell did he just say? What’s going on?’ They’re very good at masking what they want to tell you.”

Hat tip to Entertainment Weekly, who spoke with Reedus.