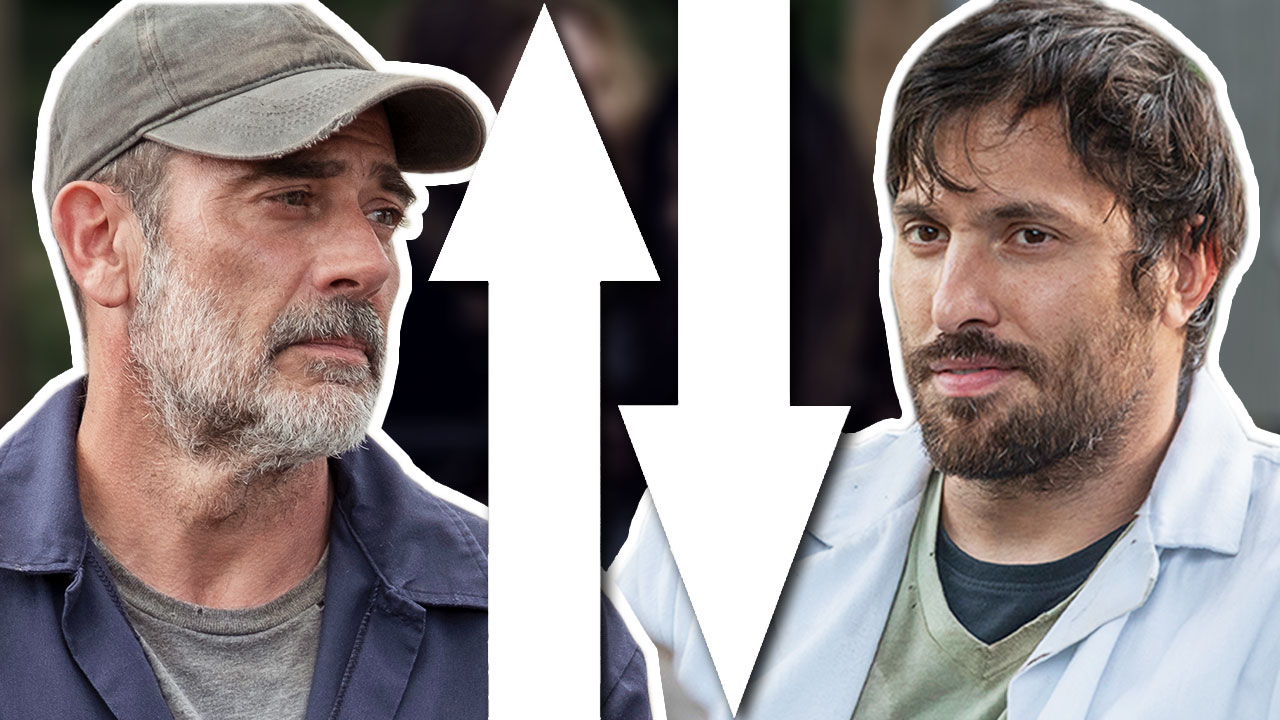 Michonne played double duty this episode when she helped save Ezekiel, battle alongside the Hilltop, and advising Daryl with the Negan/Lydia situation. She may not be the most powerful character overall, but she is among the non-Whisperers.

Daryl has really come into his own since Rick left. Faced with a nearly unsolvable problem, Daryl still managed to cool down both sides of the Lydia debacle. If Negan hadn’t escaped, he might have actually solved it. Still, Daryl’s influence in Alexandria and trust from Michonne easily makes him the third-most powerful character in the apocalypse.

Daryl may be the mediator but Father Gabriel’s the one running the show. According to Angela Kang, Gabe was set to vote to keep Negan alive had he not broken out of his cell. That sort of nuanced justice, especially considering their history, shows how far he’s come as a leader.

We’re keeping Aaron at the same spot this week despite his unwillingness to save Negan with his vote. Sure, Negan’s war with his people resulted in Eric’s death, but Negan saved Aaron just days ago. It seems short-sighted for him to turn around and sentence him to death for something that clearly wasn’t his fault.

Negan completed a 180 on his character arc right before he decided to escape. He warned Lydia, saved Lydia, and nearly died for Lydia. That sort of selflessness gives him points in our book. And now that he’s on the loose, he’s more powerful than he’s been in years.

Ezekiel really went through it this episode. Like the fans, he too felt his character arc dwindling, so he nearly offed himself. Thankfully, Michonne was kind enough to talk him down and lift him up to the point where he seems like himself again.

Judith’s right, the Whisperers ARE probably trying to tire out their communities. She’s wise beyond her years and we’re so thrilled to have her among our characters.

Jerry reminded us again how much of a badass he is when it comes to battle. Plus, he’s always ride or die for the King, so we’re moving him up.

Connie only got lowered because of Jerry rising and Rosita staying put. She still kicked ass though. Plus, she has some great scenes coming up next week. Stay tuned.

Magna and Yumiko’s tension doesn’t seem to be going away anytime soon. This week we learned Yumiko used to be her lawyer, and next week we’ll get even more backstory.

Same goes for Yumiko. Much more story on the two of them in Episode 1005.

Alden proved his worth again this episode during the Hilltop attack, but not enough to move the needle on our list.

Someone who DID prove themselves enough for a promotion is Luke, who finally took up arms and battled alongside our heroes. It’s a modest bump but we see you, Luke.

No offense to Kelly, she’s certainly not devoid of power, she just hasn’t made a huge splash this season so far. Expect that to slightly change come this time next week.

And that wraps up our Power Rankings for Week Four of The Walking Dead Season 10! Tell us what you thought of our list in the comments below!