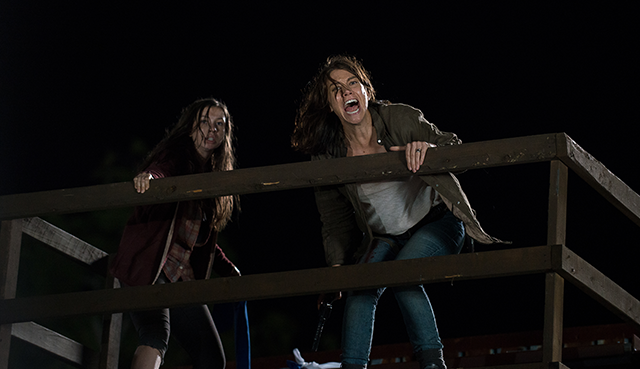 Lauren Cohan: Season 6 Just ‘The Beginning of The Show’

ENTERTAINMENT WEEKLY: Let’s talk about the big midseason premiere we had the other night. Maggie sees Glenn, and he’s alive! But he is then almost killed again saving you. So that’s a bit of a mixed bag, I guess, right?

LAUREN COHAN: Yeah, it’s the ultimate hero return. That episode was so fun to shoot because there was no amount or volume of screaming that was enough for [director Greg Nicotero], and we were up on that tower and just squealing our guts out. And Steven had the same experience. And then we went into ADR afterwards, and he had to do some more “Maggie!” It was the “Adriaaaaaaaan!” of The Walking Dead. We finally see our hero back, and then…it was very scary.

EW: What was filming that like up on the platform?

LC: Being on the platform was great. We were in a harness hanging from that platform, and that was definitely one of those cases of, like, I want to do the stunt. It was fun. I mean, this whole season has had so many more stunts than usual.

EW: When you guys got to Alexandria, you all got your jobs assigned, and Maggie’s job was to basically be an apprentice to Deanna and to be groomed to lead. Deanna is now no longer with us. So what does this mean in terms of Maggie and her evolution in terms of becoming a leader?

LC: It’s been really interesting, because Deanna saw things in Maggie that she didn’t necessarily see in herself when they got to Alexandria, and I think the most important part was that she could be this intermediary. She understood the way her group functioned, but she also has that hopeful vision and aligned with that hopeful vision that Deanna had to create a sustainable community.

And this is all coming before she’s pregnant, before she knows that they’re going to have a baby, and so it’s very fortunate that she gains these lessons from Deanna. And then what we get to see as we progress is Rick saying that Deanna was right. These are the things you have to do, and he’s realizing that Maggie may be able to deal with certain people that he isn’t able to. He’s, well, you know, brutish.

So we have this sort of combined approach to a lot of the future challenges that we’ll see this season, and it’s fantastic. I feel really lucky to have had both Scott Wilson and Tovah Feldshuh to have as Maggie’s mentors, because they’ve been my mentors too, and these actors, I mean, they’ve just done everything. To be able to learn from them and then have that portray that in the show has been really fun. 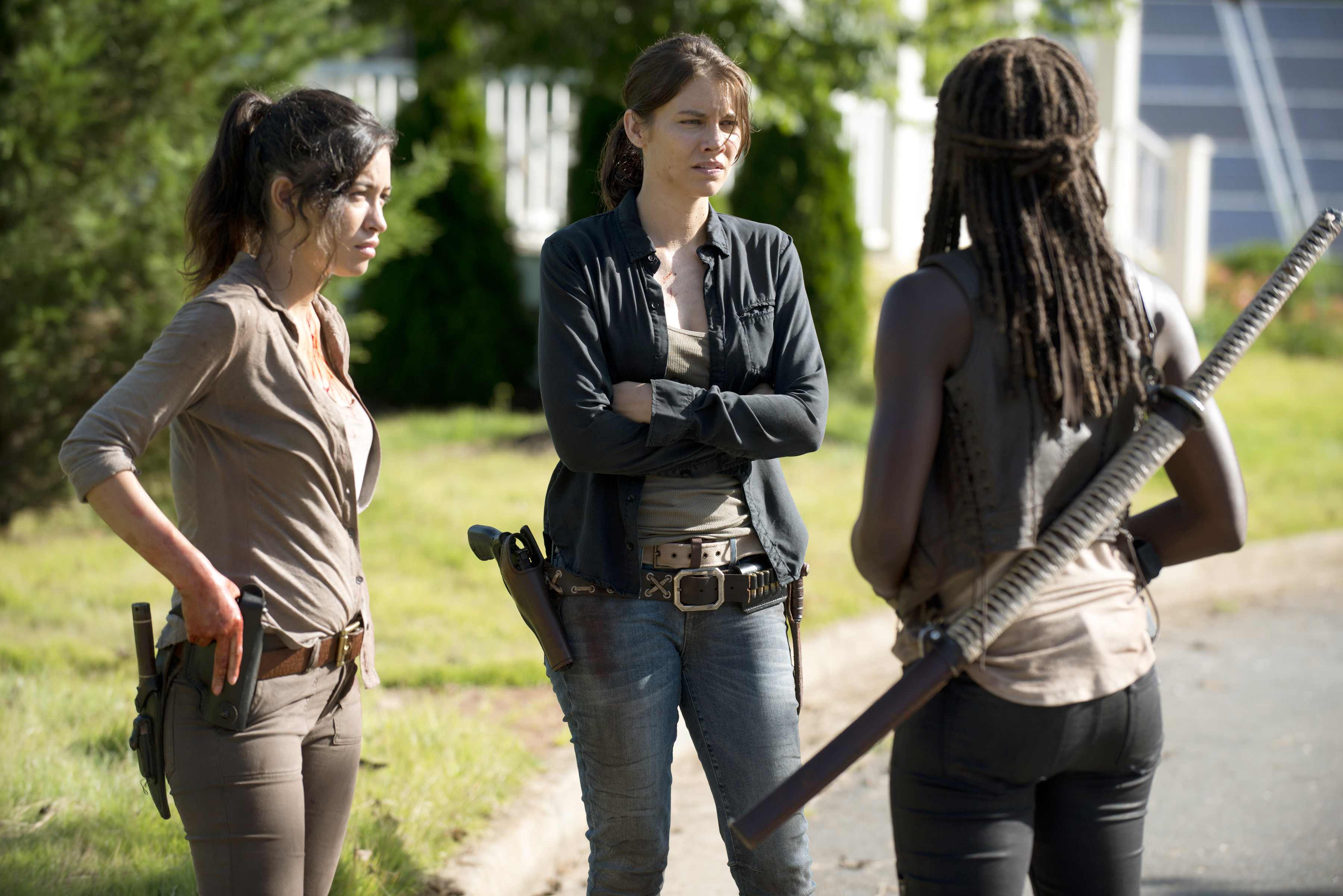 EW: Okay, give us a little tease in terms of what we can expect going ahead now.

LC: Going forward, we’re reunited and stronger, but as a group we need to expand — not just with babies, but we need to expand, and we’re going to go out into a new territory that’s going to really open up the next level of the show. You’ve seen the group look for new safeholds, but the next place we find is going to be the beginning of the show as we’ve come to know it.

Catch the rest of the interview over at Entertainment Weekly!

Home | The Walking Dead | Lauren Cohan: Season 6 Just ‘The Beginning of The Show’

Negan’s Backstory to be Told