First, let me state that I am not a doctor. I wasn’t even very good at biology in high school. I DID watch every episode of ER, so, you know, there’s that. But I spent HOURS* reading up on bullet wounds to the head to determine whether Carl could survive the gunshot to the eye that he suffers in both the comic and now the show. Here’s what I found:

• Certain parts of the brain are more valuable than others. If a bullet hits either the brain stem or the thalamus, it is bad news. Luckily for both versions of Carl, the damage seems to be away from the central part of the brain. Of course, the bullet also needs to miss major blood vessels. 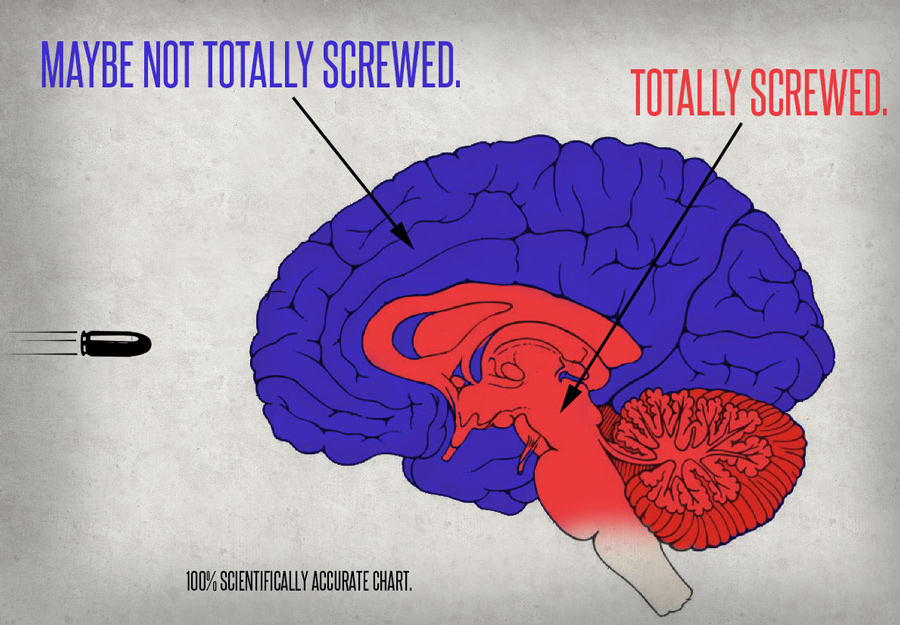 • Bullets traveling at a lower speed do less damage to the brain. Carl was shot with a handgun, which, as far as these things go, is better than being shot with an assault rifle.

• Ideally, the bullet will pass through the brain and exit the skull instead of staying in place. Definitely the case in the comic, but in the show it looks like Carl isn’t quite so lucky…

• And lastly, speed of care. Keeping oxygen supplied to the brain is crucial (keeping blood pressure up and keeping the patient breathing), so immediate medical care is vital. Luckily, Carl is a few doors down from the town doc. 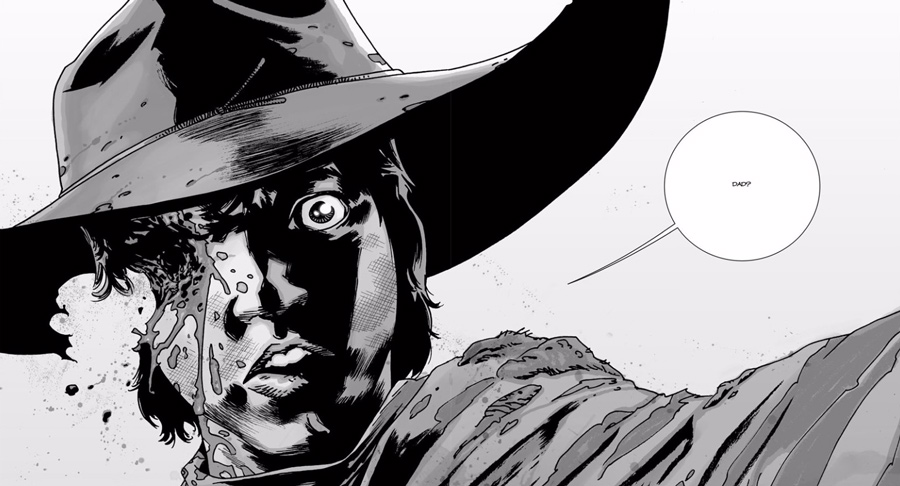 So based on the above, it seems like Carl’s wound actually DOES tick all the boxes for best-case-scenario, more or less. Although, looking at the comic, that wound is GIGANTIC. A MASSIVE chunk of that kid’s head is missing. Maybe we’re seeing it through Rick’s eyes though? But I digress, what do YOU guys think?

*Ok, minutes. This is all from an article titled, “What Does It Take to Survive a Bullet to the Brain?” by Karen Rowan. It was the best, most concise article on the subject. Huge shoutout to Dr. Keith Black for his medical expertise.

Home | The Walking Dead | Could [BLANK] ACTUALLY Survive a Gunshot to the Head?

Lauren Cohan: Season 6 Just ‘The Beginning of The Show’ 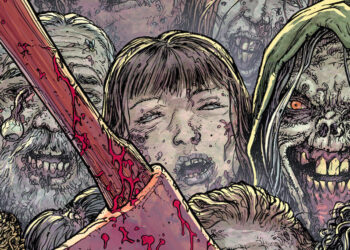