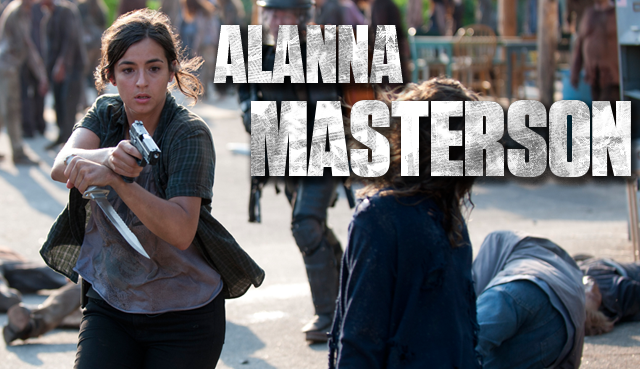 Q: What attracted you to Tara when you signed on to play her?

A: I didn’t know much about my character. I just knew that I had a family, and that I was a lesbian and that I was just like this badass chick, which is always great. They’re really secretive over here, which is great because it keeps you on your toes. But I liked that she was tough. I have four older brothers, so I grew up in a pretty tough household, and even though Tara’s not Daryl with a crossbow or Michonne with a sword, she’s still sort of a badass in her own right. Once she meets the Governor she’s just not phased by him.

Q: It’s true, she’s super vigilant at first. Are you that type of person at all?

A: Yeah, definitely. I have a hard exterior. But I’m also a complete baby. I cry in every movie. I cry in those Budweiser army commercials. Home improvement shows? I’m sobbing.

Q: Was the on-screen romance an aspect of the part you embraced?

A: It was awesome — they finally have a lesbian character on the show, I’m so excited! And then I got to meet my girlfriend and she was awesome. It’s the same as if they had given me a love interest that was a boy. I think watching the show, you need a little bit of romance, because you want something to fight for. You, the audience, root for the love of the two people, whether it’s Glenn and Maggie or whoever.

You can read the full interview over at AMC’s The Walking Dead Blog!