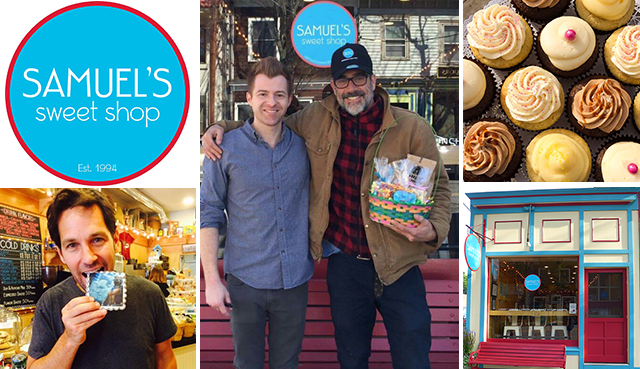 The former owner, Gutner, left a lucrative family textile job in 1994 to open his dream store “Samuel’s of Rhinebeck,” which he happily owned for 20 years. 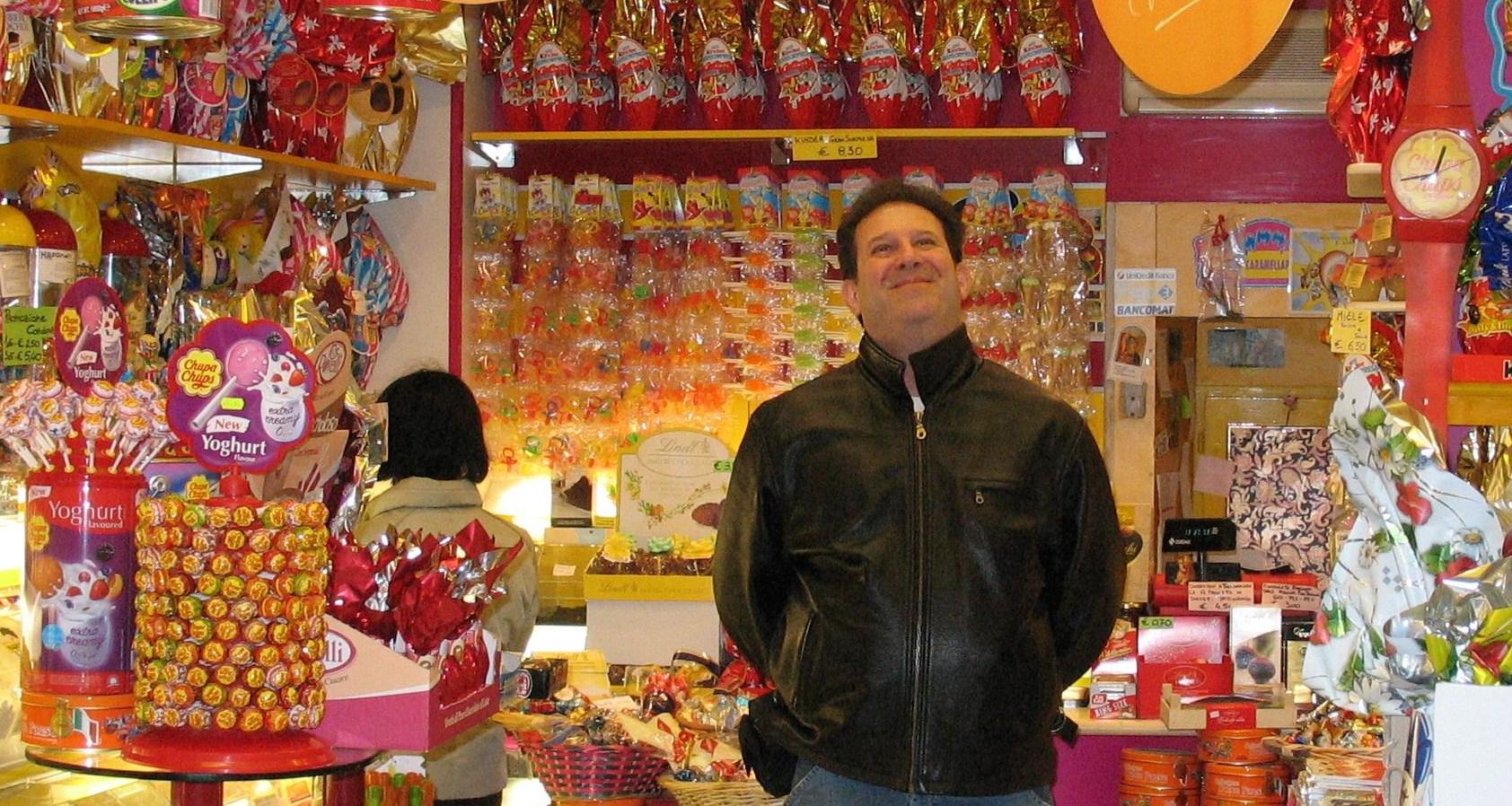 Ira Gutner pictured above taking in a local candy shop in Italy.

In an interview with Stephen Colbert earlier this year, Morgan recalled how he subsequently got involved with the shop: “The first guy I met in this town called Rhinebeck was Ira, and he owned this candy store. He passed away a few years ago and Paul (Rudd) and I had been friends for a while and we just didn’t want it to turn into a smoothie stand or something. It had been there since the early ’90s so we were like, ‘Yeah, let’s pool our money together and get a candy store’ so now we’re the proud owners of Samuel’s Sweet Shop!” 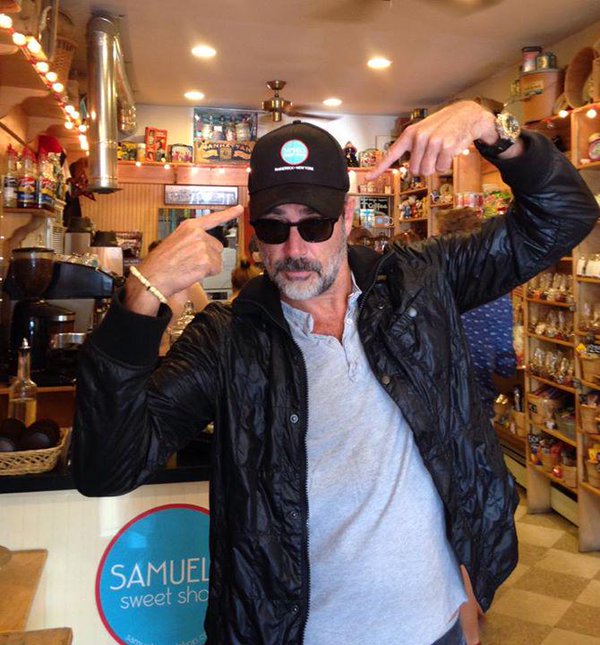 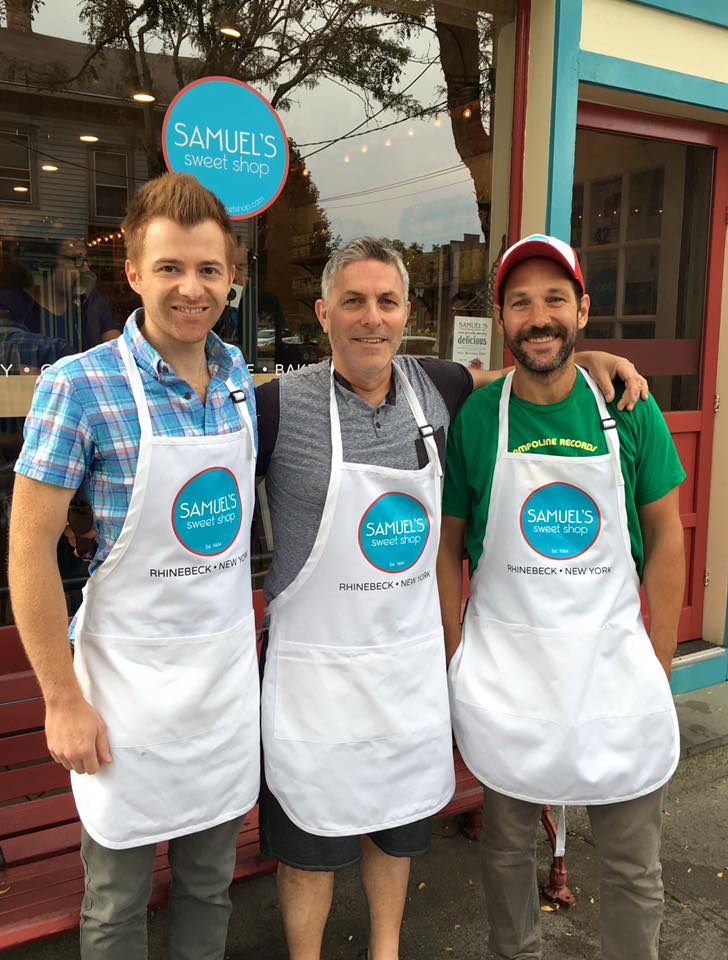 Watch JDM tell the complete story to Colbert below: