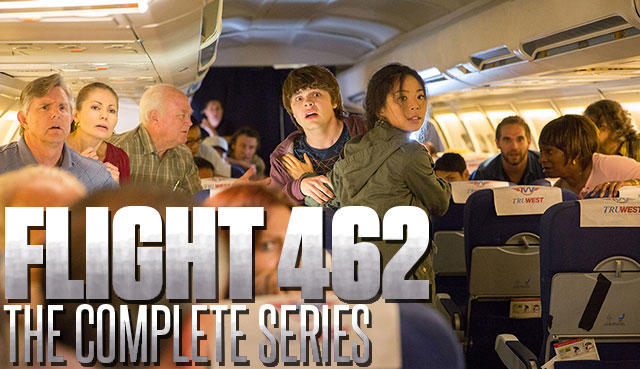 Fear is…SPREADING. 16 weeks later we finally have the entire story of Fear the Walking Dead’s Flight 462. Catch up on the drama from the beginning in the episode break-downs we have below. Remember, ONE of the characters from this series will join the Fear the Walking Dead cast in Season 2.

Flight 462 opens with a teenaged boy, Jake on a plane as it’s boarding. He’s worriedly texting his mom, who didn’t make her flight but insists his father will still pick him up when he lands. A woman behind him is praying out loud as his mom gives him a ring. Out of the gate Jake’s mom assures him “everything is going to be OK,” but it’s easy to hear the panic in her voice.

An older passenger across the aisle from Jake receives an alert on his phone about other planes being grounded and questions a flight attendant if they’re still taking off. They are.

As the plane begins to move down the runway Jake hears screaming at the airport over the phone and reasonably asks what’s happening. His mom, seemingly trying her best to keep it together, again assures him everything’s fine and hangs up. Charlie, a female passenger sitting in front of Jake closes the window flap he’s looking out of as if to shut him up.

As the plane takes off, Jake hastily texts his mother after their call was cut short. “What happened??? Still there??? Mom r u ok???” he desperately texts (while ignoring the turn your phone off before takeoff rule). The man across the aisle vomits into a sickness bag as his wife comforts him. Jake notices his “Mom r u ok???” text didn’t send and then locks eyes with Charlie, the female passenger sitting in front of him. Jake helplessly gazes out the window as the ground becomes smaller and smaller. 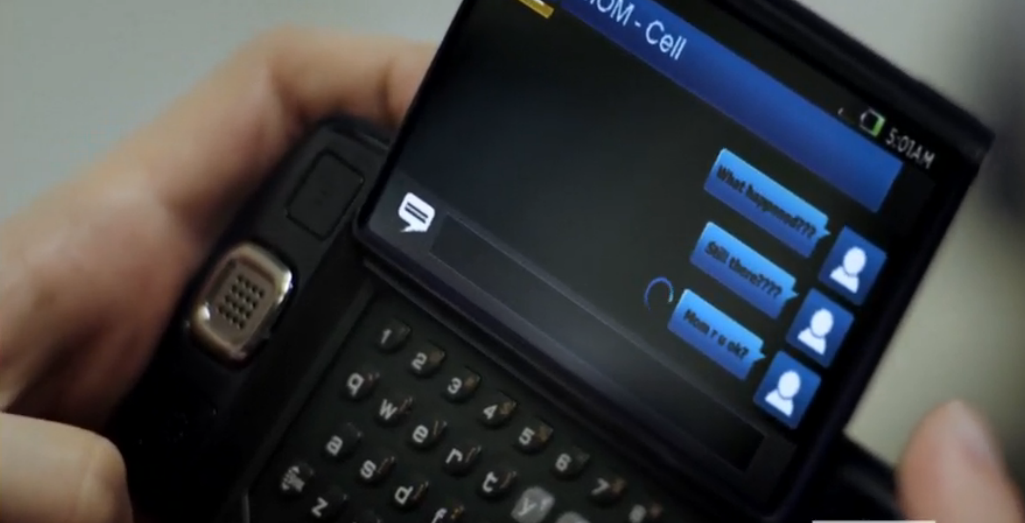 Dierdre the Flight Attendant walks through the aisle with the drink cart. Suzanne, who’s husband Marcus is sick, asks for two vodka on the rocks. Jake explains to the passenger next to him how he and his mother were on standby and only he could make it on the plane. Charlie listens on as the lady reassures Jake that his mother will make the next flight. Jake explains his dad, who just moved to Phoenix for work, will be waiting for him at the airport. Dierdre hands another passenger, Anthony, two ginger ales without him asking. They obviously know each other.

Charlie looks on as Marcus falls ill again. He shoves his way out of his seat past his wife yelling “Move it” and rushes to the lavatory. His wife Suzanne quickly justifies his behavior to worried passengers by saying nonchalantly, “It’s the reflux.” Charlie questions her on Marcus’ health but she brushes it off again as a family issue. “It doesn’t seem like indigestion,” Charlie bemoans. Suddenly defensive, Suzanne asks Charlie if she’s a doctor and warns, “mind your own goddamn business.” Jake inquires if this is a result of the flu going around but Charlie turns around and ignores him. (Spoiler alert…it’s not the flu).

Jake witnesses more lights in Phoenix go out as the flight attendant and Suzanne do everything but play Red Rover to get Marcus to leave the lavatory. Marcus FINALLY responds by pounding back on the door. Charlie, clearly knowing something everyone else doesn’t, gets out of her seat and instructs the flight attendant not to open the door. She’s immediately intercepted by the air marshall siting close by. As he restrains her, the flight attendant finally unlocks the bathroom door and an unconscious Marcus tumbles out. He doesn’t exactly look…alive. 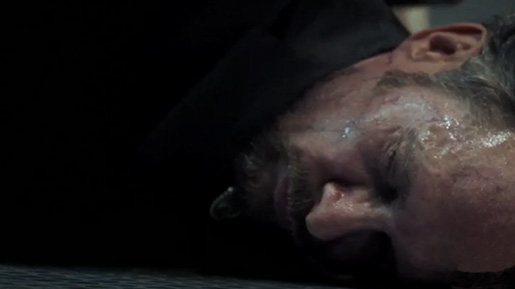 Suzanne attempts CPR on her husband Marcus but he’s unresponsive. The pilot announces Phoenix is experiencing a power failure and they’ll have to re-rout to Los Angeles. Suzanne becomes upset with the news and pleads with Dierdre the stewardess to land immediately. Dierdre grabs the defibrillator when Charlie barges through the crowd of onlookers and tears open Marcus’ shirt. He has a bite wound on his lower abdomen. Charlie’s suspicions were right on. Suzanne, Dierdre, and the nearby passengers are at a loss for words after this discovery.

After discovering Marcus’ bite wound, Charlie instructs Dierdre to tie him down immediately. Suzanne protests and Dierdre applies the defibrillator to Marcus’ chest. Charlie begs her not to but Anthony restrains her and reveals he’s a U.S. Air Marshall. He instructs the curious passengers to take their seats as Dierdre attempts to revive Marcus. Charlie helplessly watches as the shock pads finally work and Marcus opens his bloodshot cloudy eyes. He is clearly not himself.

An infected Marcus wakes up and attacks the people around him. Anthony grabs him from behind and demands the passengers get back. Charlie warns everyone to not let him bite them. Anthony smashes his head against the wall and finally wrestles him into the bathroom and locks it. Charlie notices blood on her hand but it’s not hers. She looks up to see Dierdre, who’s been bitten.

After discovering Dierdre’s injury Charlie instructs Anthony to tie her down. “She’s hurt,” he protests but she explains he can help her once she’s tied down. “What happened to him will happen to her,” she says. Anthony sits her down and Charlie tells her to call the captain to land the plan. She reveals she’s been trying but then says, “It’s not just Phoenix…there’s no where to land.”

Suzanne stays by the lavatory crying and Anthony suggests she gets up. “I just wanna see my husband,” she explains. Anthony explains her husband’s sick and Charlie adds, “There’s nothing you can do.” Suzanne asks if she can tell Marcus she loves him and goes to open the lavatory but Charlie stops her. She sits idle as Charlie watches the “Occupied” sign.

Anthony instructs passengers once again to take a seat as Suzanne sits by the lavatory door. Marcus stops pounding and Suzanna stands up. Charlie tries to stop her from opening the door but it’s futile. Marcus springs out and immediately attacks Suzanne. She bites out her neck, spewing blood everywhere. Anthony empties out his gun to no avail. Marcus tackles him to the ground and Charlie implores him to shoot him in the head. Andrew’s out of ammo.

Charlie pulls Marcus off of Anthony and falls down. Marcus tries attacking her but she kicks him in the head. Jake takes time out of his busy schedule of doing nothing to grab some sewing needles nearby. He climbs over several aisles and hands them to Charlie, who immediately puts it in Marcus’ head. As they catch their breath they notice one of Anthony’s gunshots has hit a window, and the glass is beginning to crack around it.

The crack on the airplane window continues to spread as Dierdre acknowledges Suzanne is dying. Charlie waits a moment and then jams a sewing needle into Suzanne’s head. Anthony is in shock and exclaims, “You killed her.” “I saved her,” Charlie shoots back. Dierdre cries out as the cracking window finally breaks.

It’s all-out chaos in the airplane cabin as the oxygen gets quickly vacuumed out of the broken window. Charlie advises everyone to get to their seats and apply the oxygen mask. She secures herself next to Jake and tells him she was the one that took his mom’s seat on the plane. It’s because of her that his mom was stranded at the airport. Jake reasons his mom is with his dad and Charlie reassures him, “And you’ll be there soon.”

Nick from Fear the Walking Dead attempts to break into a house. Back in Flight 462, Dierdre faces her fate and calmly removes her oxygen mask. Charlie and Jake hold on to dear life as Nick notices their plane quickly descend above him. The plane seems to be steering towards the ocean.