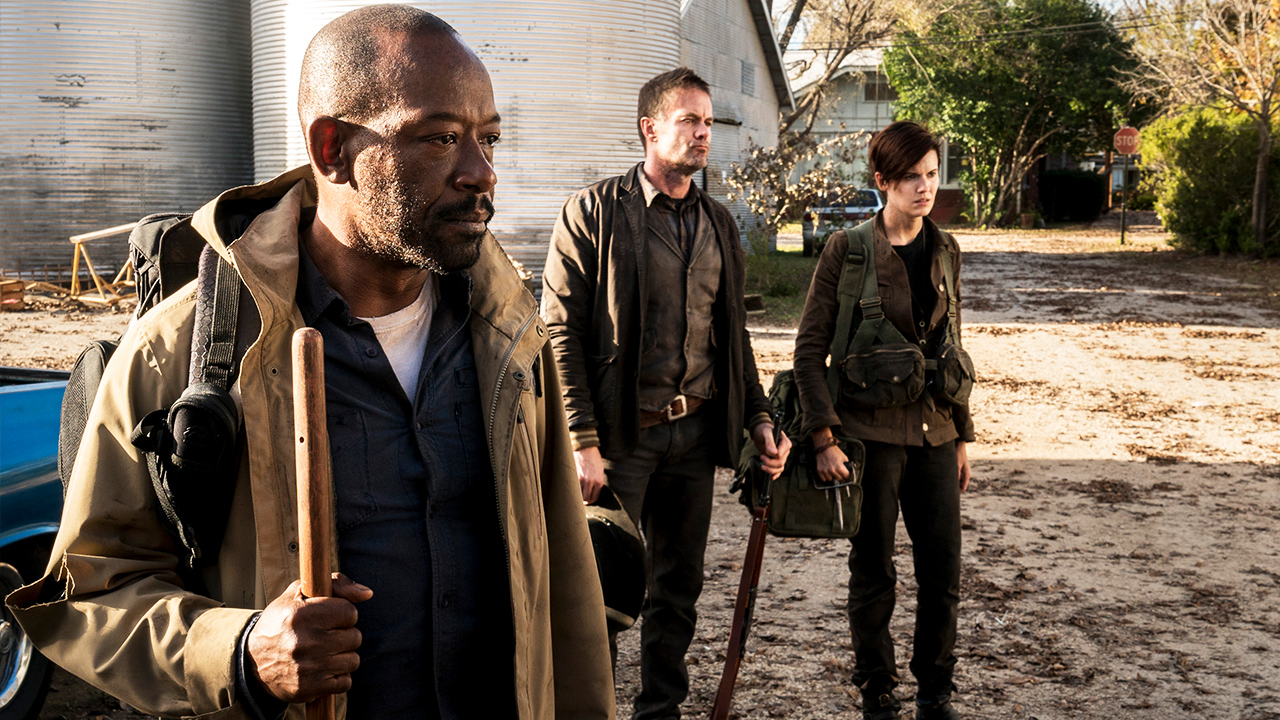 It’s mostly true; Fear’s fourth season focuses half of its story on Morgan and the new people he meets on his journey west. Whether its new characters John, Althea, and Naomi or series regulars Alicia, Strand, Nick, and Luciana – Morgan only knows as much of their backstories as they tell him. “Just as we didn’t have to follow Rick Grimes’ police career before we watched The Walking Dead or we didn’t have to see the beginning of Negan to follow him,” Gimple added.

Of course, knowing SOME backstory from the original characters wouldn’t hurt. The inter-workings of Madison’s dynamic with her kids and friends will help give context to Season 4’s larger picture. Although we do recommend you binge the three seasons at some point (or at least skim our recaps), the majority of major characters, locales, and plot lines from them are barely mentioned in Season 4.