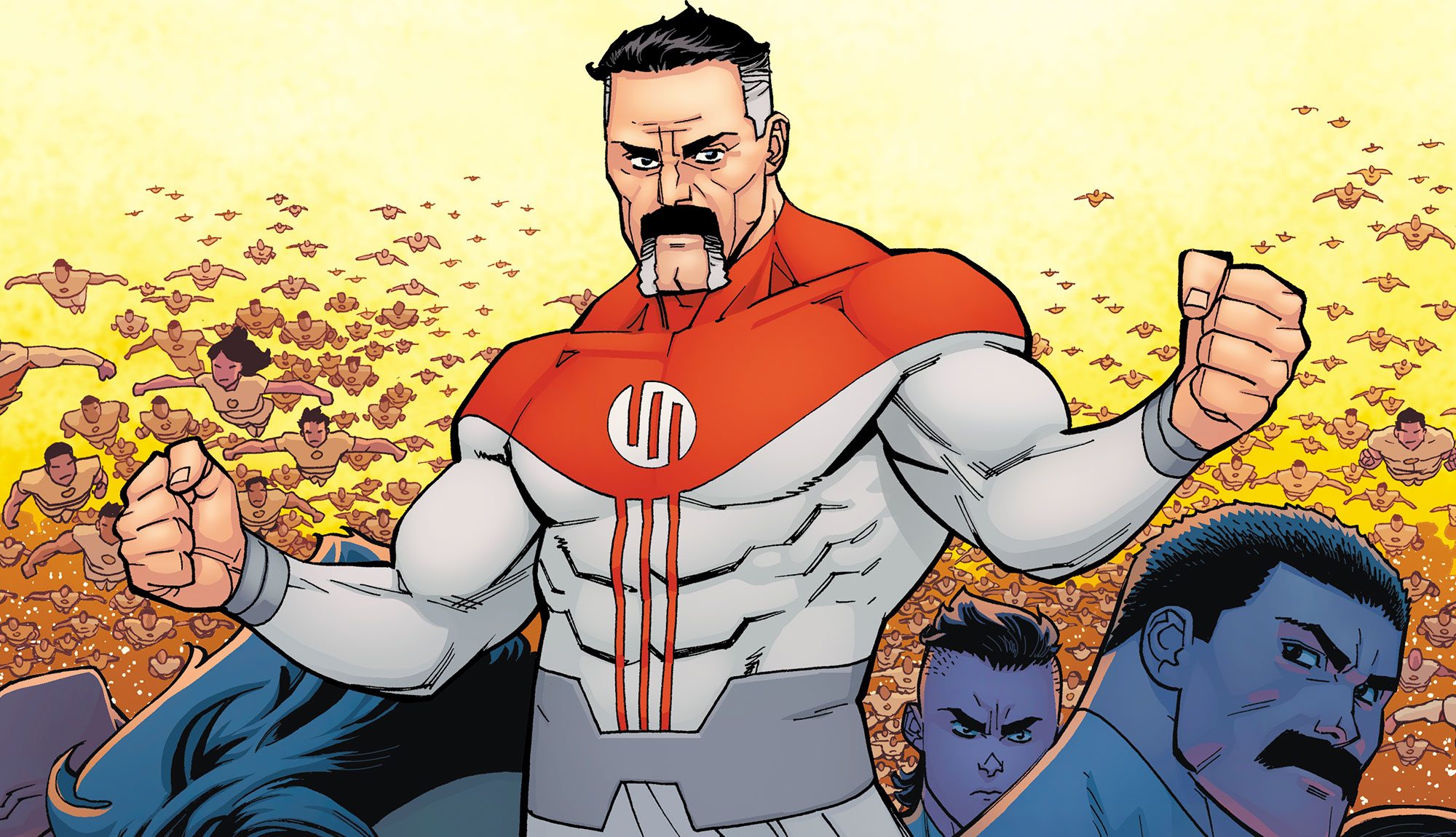 We may be a few years away from the movie adaptation of Robert Kirkman’s superhero comic Invincible (produced by Seth Rogen & Evan Goldberg), but that doesn’t mean we can’t speculate about its story! We asked fans like you on Twitter which villain they want to see in the movie and we received a TON of amazing replies. So, here’s a list of baddies listed from the most to least popular.

Definitely Angstrom Levy. Seeing “The Invincible War” on the big screen would be dope! pic.twitter.com/eNsGHelvOT

Angstrom Levy was my favourite. His design was fantastic along with the use of portals and knowledge from other realities. He had a great arc and brings the possibilities of other versions of Invincible later on.

Angstrom Levy without a doubt! His powers would work really well in a cinematic setting.

Angstrom is the perfect villain. The perfect balance of being completely psychotic, but real and hilarious when it’s needed.

Powerplex also brings a great story. He’s someone who doesn’t have to be the main villain of the movie, but could be a subtle, yet emotional side story. pic.twitter.com/tAuN6E0R1F

There’s so much potential with Angstrom. They could have so much fun with all the different dimensions! Both visually and with how the fight plays out. Imagine them actually falling into Walking Dead or our own universe.

The movie should explore the first major threat on Marks life: The fight against his father, Nolan. It’s personal, brutal, heartbreaking and lays the groundwork for the story that follows. And then later… bring on Conquest! ???? pic.twitter.com/RNQvmePHne

You can’t go wrong with the Omni-Man showdown ?? pic.twitter.com/wUhEdv5SWL

It depends. If this is a one off origin story then the only “villain” that matters is Omni Man. If you’re cooking up a franchise, you can do a lot of different things. Maulers Robot. Thragg. Battle beast. Lots

Movie 2: Angstrom with a Viltrumite cliffhanger.

I DEFINITELY want to see conquest fight Invincible in a movie but I think it’s too early for them to fight in the first one so idk maybe Nolan and Angstrom Levi, and we better get fight scenes bloodier than Logan especially against conquest ?

Don’t mind seeing this guy as the big bad in the invincible movie. pic.twitter.com/2GRrgFe8Bq

Conquest gotta be there and the fight has to be comic book accurate.

CONQUEST. One of my favorite villains ever. Pure, gleeful destruction.

Invincible V Conquest, no origin story. Just drop right in the middle of a teenage boy trying to defend his planet.

I really feel like Angstrom Levy and the Mauler Twins would be the perfect set-up villains for the first film (with the throwdown with Omni-Man being the main event). Honestly, though, you could have Mark against Tether Tyrant in the film & I’ll still watch it a dozen times. pic.twitter.com/Rhi9JgjDkD

Angstrom Levy, Mauler Twins, Robot and Allen (heh) are top of my list.

Dinosaurus! Loved the conflict that he brought out of Mark! Also that he was ruthless powerhouse

Dinosaurus! I know its incredibly unlikely in a shortened time span to get to the character, but the logic and depth that he explores with Mark is outstanding.

Anybody not saying Furnace or Octoboss is wrong.

Thragg, of course!!! He is the epitome of a fear-inducing villain!! Thragg made me tinkle myself every time he made his presence known.

Come on we all know robot and conquest. These two are so great and I would love to see them on screen. Robot is a complex and intelligent character and conquest is just pure evil and brutality. We might not see these two in the first movie. But I hope we can see them soon.

Nolan HAS to be the villain for the first movie. But it would be cool to see Mark fight Allen the Alien. Ya, not a villain but its an iconic fight and setup for the future!

Give this man a medal

And that wraps up our villain poll – wait, what’s that? One more tweet?

OK fine, Darth Maul it is.

But seriously, looks like Angstrom Levy, Omni-Man, and Conquest are your top choices – and we’re OK with that! Keep commenting below to continue the discussion and we might add you into the post.

Everything You Missed From Fan Fest Chicago 2019

Meet The New Kids From Fear the Walking Dead Season 5