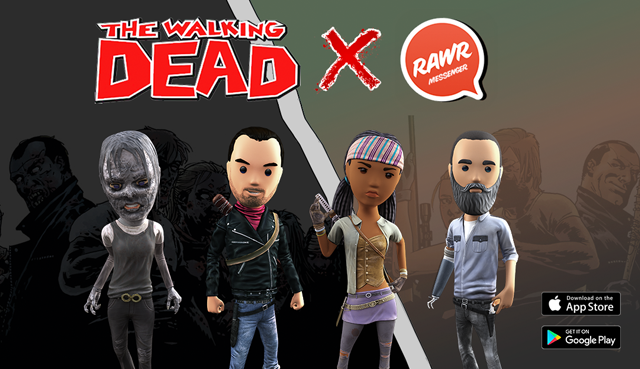 Skybound is having a HUGE week and the first big news for THE WALKING DEAD is our inclusion in the Rawr Messenger app! Rawr takes texting into the 3D realm with custom avatars that act out your hashtags. Our fans will be able to outfit their avatars with clothes, weapons, and accessories from their favorite characters. You’ll be able to rock Michonne’s Katana, Rick’s prosthetic arm, Negan’s jacket, Alpha’s Whisperer skin, and more. It’s awesome! Skybound Insiders (sign up here!) will of course get some exclusive gear, starting with Rick’s (or is it Carl’s?) iconic hat. Check out how this all looks:

We’ll be discussing this more from our Twitch stream at NYCC this week, so stay tuned!

Rawr Messenger, the 3D avatar-based messaging app, today announces the launch of an official The Walking Dead in-app digital store, from which users can purchase unique items for their character to wear. The store, set to be discussed on The Walking Dead’s Twitch stream at Comic Con 2016 in New York, allows users to style and customize their avatars with official clothes, weapons, and accessories, meaning characters can resemble the likes of Rick, Michonne, and Negan.

The official Walking Dead items are purchased with in-app credit, which can be bought outright but also accrues over time. Users can receive Rick Grimes’ sheriff’s hat for free by signing up to the Skybound Insiders online community. The in-app store is the result of an ongoing partnership between Skybound Entertainment, creators of the Walking Dead, and Helsinki-based Futurefly, creators of Rawr Messenger.

“As a huge fan of The Walking Dead myself, I am so glad to open that world up to Rawr users.” Comments Oskari ‘Ozz’ Häkkinen, Founder and Chief Product Officer of Futurefly. “We want our users to be able to express themselves in whatever way they deem fit, be it through accurate representations, expressions of who they would like to be, or celebrations of their favourite celebrities, TV characters and role models. Though I cannot say Negan is that much of a role model, the fact Rawr users can dress up like him makes me very happy indeed.”

The Walking Dead digital store signifies Rawr’s third high profile corporate partnership since August 2016, following formal launches with Chelsea Football Club and Red Bull. Corporate partners who create digital stores receive a portion of the revenue from items sold, but more importantly they will benefit from the access to credible target audiences, as well as to new younger users, a notoriously difficult demographic to target. This is the first time ever that 3D wearable items are available to purchase within a messaging app.

The announcement represents a unique revenue stream for the Rawr messenger app, with apps of its kind traditionally finding it hard to monetise. Although other apps have obtained millions of users, monetisation has always remained a challenge within the industry. A UK-based research organisation, Juniper Research, claims the messaging business is going to shrink over the next few years from $113.5 billion to $112.9 billion (2014-2019). Revenue is also predicted make up a very small percentage (1%) of the income that is generated by SMS and chat traffic by 2019, with the majority of the $113bn coming from traditional SMS messages sent over mobile networks.

San Francisco and Helsinki-based Futurefly is backed by early investors in Snapchat, WhatsApp, Twitter and Facebook, as well as Arielle Zuckerberg. To date, Futurefly has raised $3million in seed funding, following an injection of $2.5 million in September 2015, to help launch Rawr. The company is able to call upon expertise from a prestigious collection of backers, with a proven track record of working with mobile messaging and social media giants. Futurefly follows in the footsteps of world-famous Finnish tech precedents such as Nokia, Supercell (Clash of Clans) and Rovio (Angry Birds). Since its launch back in July 2016, over 20 million conversations have been started in Globetrotter, (which is the app’s modern-day equivalent to pen pals) that allows random users from all over the world to be paired together and chat anonymously and safely. 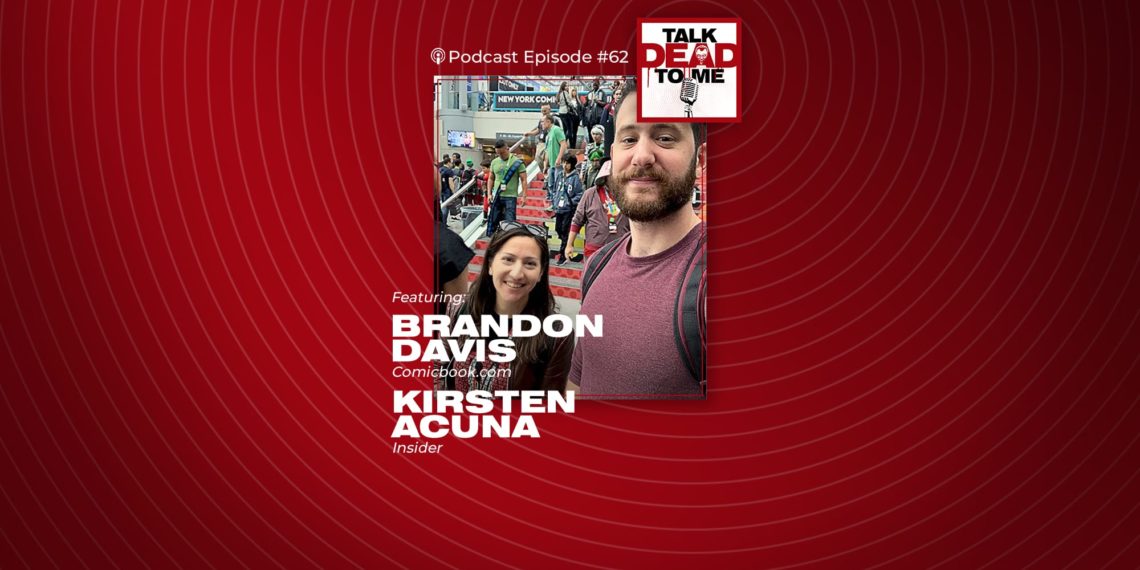 This week we brought in Comicbook.com's Brandon Davis and INSIDER's Kirsten Acuna to dish out ALL the hot takes about the first half of Fear Season 6 along with Season...