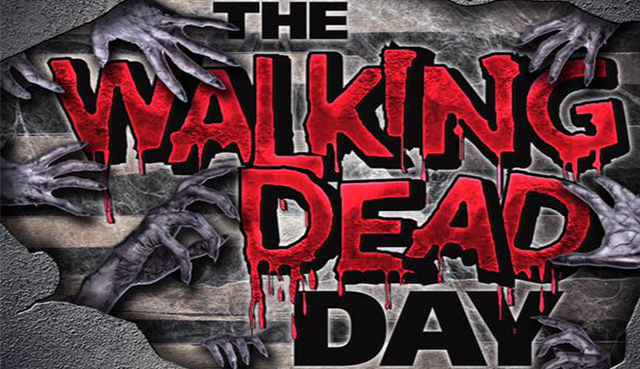 On August 6th The Walking Dead will officially have its own day! We’re thrilled to announce a special zombie-filled event taking place in Robert Kirkman & Tony Moore’s hometown of Cynthiana, Kentucky, where fans can meet Robert Kirkman, get exclusive merchandise, get trapped in a walker-infested prison, and more! This is a free event open to the public courtesy of Cythiana-Harrison County Chamber of Commerce.

Before we get to the events, we’re very proud to announce that an exclusive Walking Dead #1 variant by Tony Moore will be given away to the first 10,000 fans in attendance! Here’s a sneak peek: 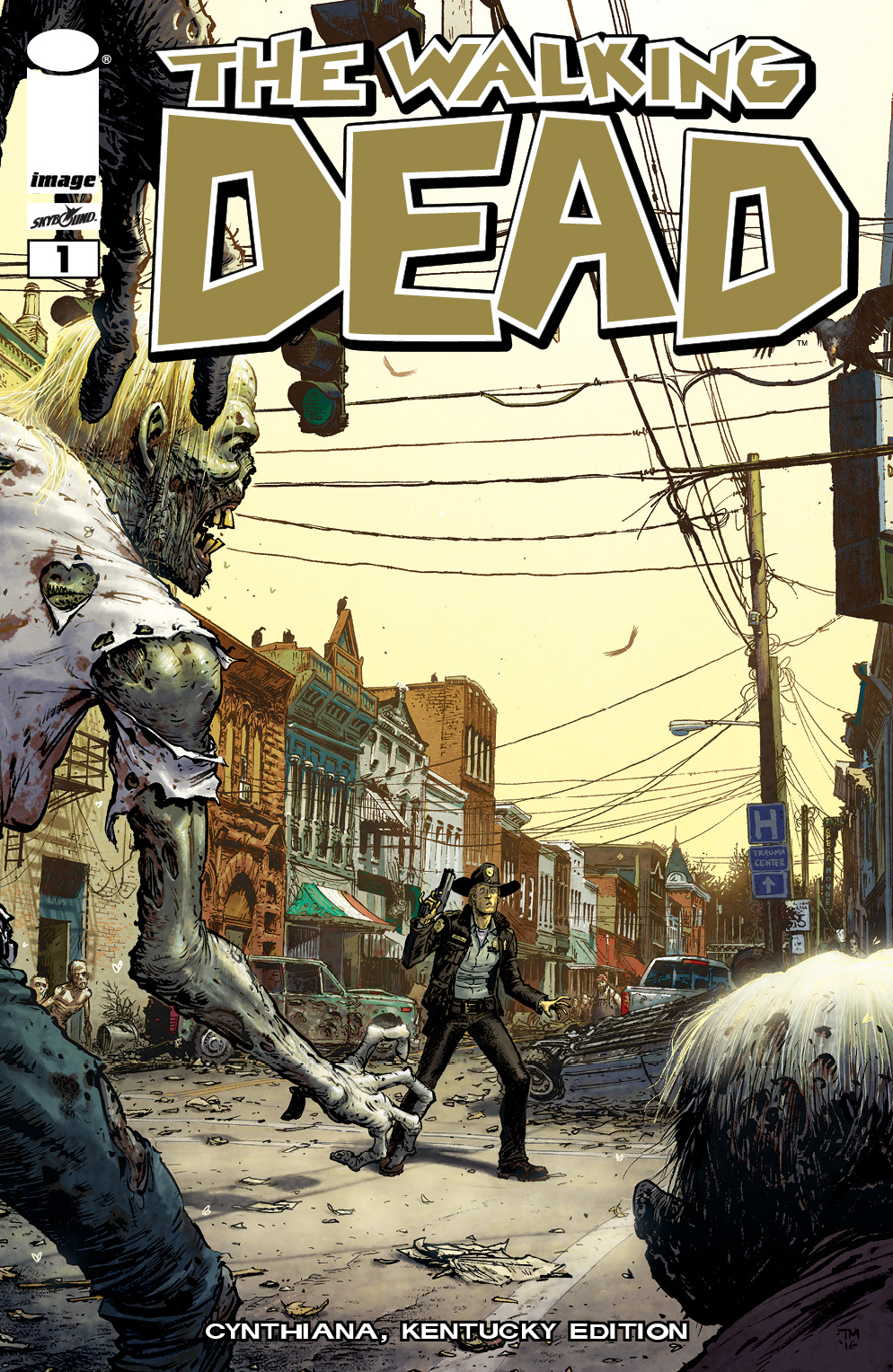 Now, here’s a breakdown of the day: 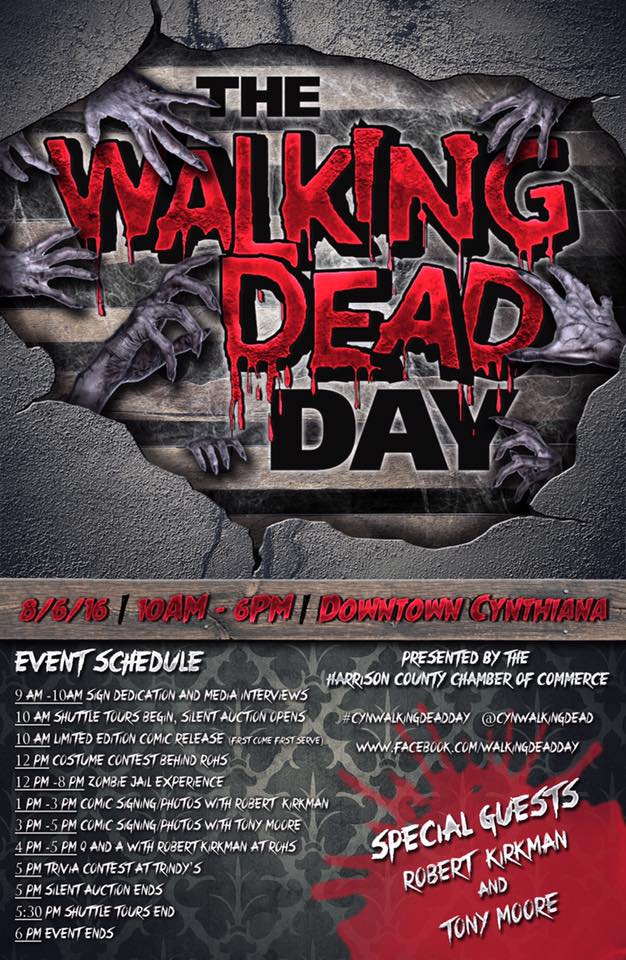 *Large backpacks/purses/bags will not be allowed inside of signings or Q and A for safety reasons. No weapons will be allowed. Foam or cardboard weapons for costumes are ok. Please plan accordingly.

If all of those amazing things weren’t enough, event-goers can ALSO enjoy a giant Walking Dead mural painted on the side of the city’s local theater. After a rigorous fundraising campaign, 60 buckets of paint, and a love for the horror genre Portuguese artist Sergie Odeith completed the art piece in under a week. In addition to celebrating The Walking Dead, the piece also kicks off a downtown revival of Cynthiana. Kentucky.com spoke with Arts Council Board Member Emily Ammerman, who said, “We wanted this first mural to really make a statement…and it’s great to honor the Walking Dead, because it has been such a big hit and people here are proud of the local connections.” Below is local news video of the project along with the finished piece: 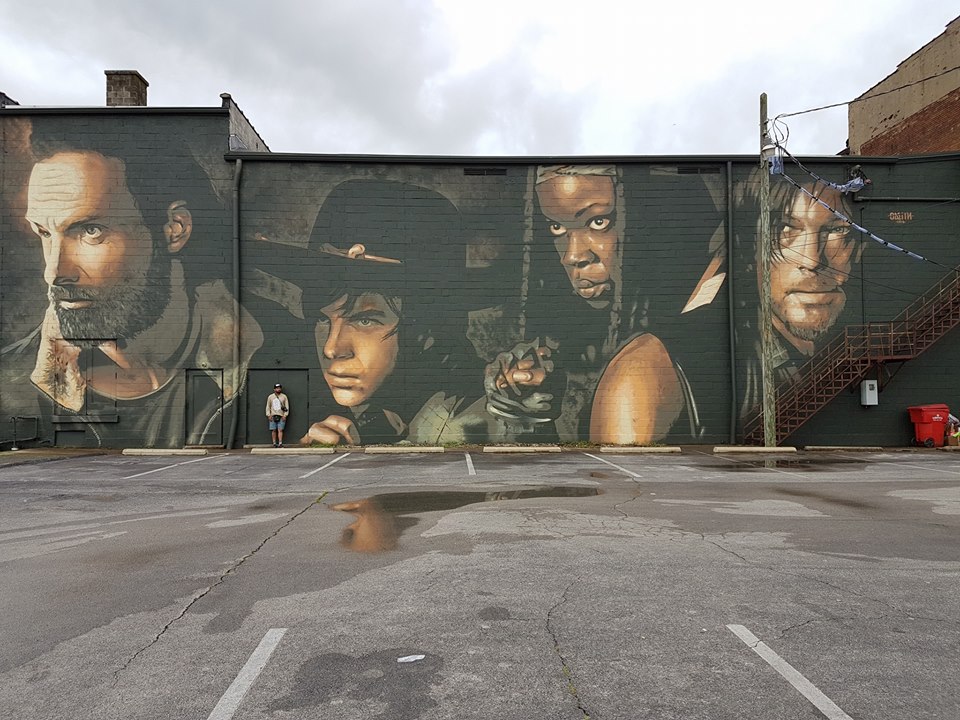 Make sure to stay tuned for more updates on their Facebook Page! So, will you be going??

A Look Inside The Walking Dead Magazine Issue #17