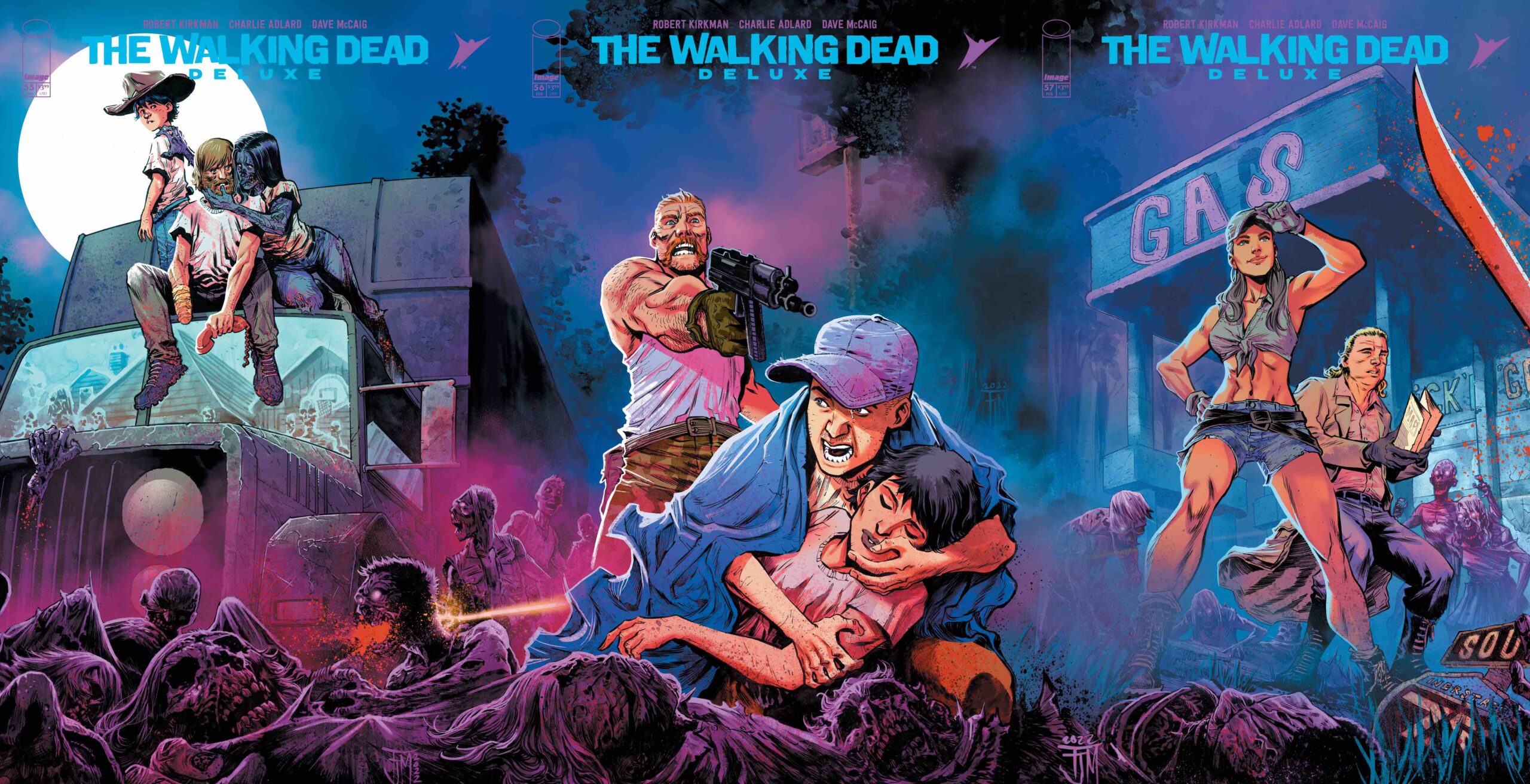 Today Skybound revealed the first set in a captivating series of all-new The Walking Dead Deluxe connecting variant covers from artist Francis Manapul (The Flash, Clear). Kicking off the next arc of the landmark series, Manapul’s covers showcase iconic characters amidst a connecting foreground of Walkers as never before depicted. 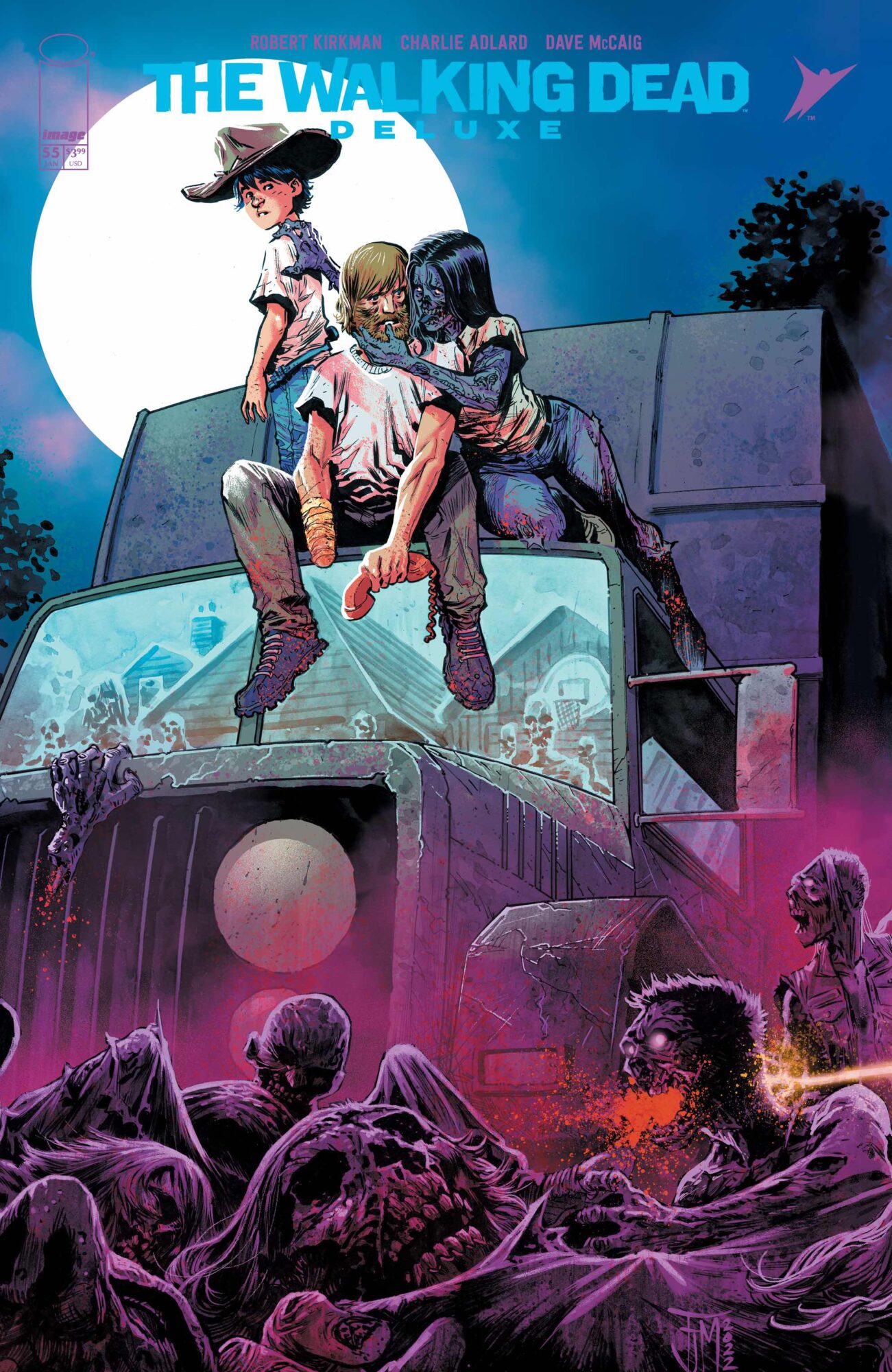 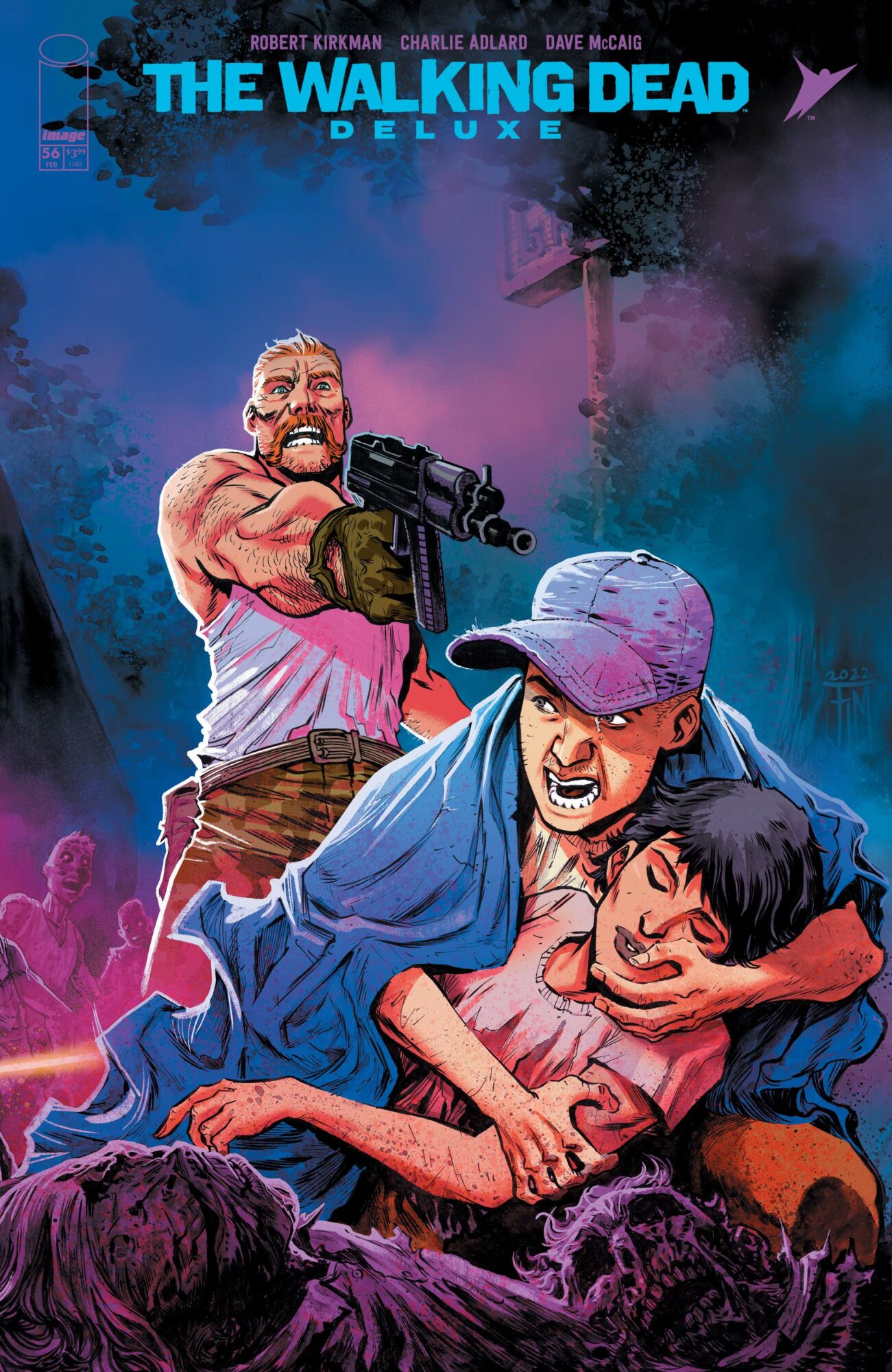 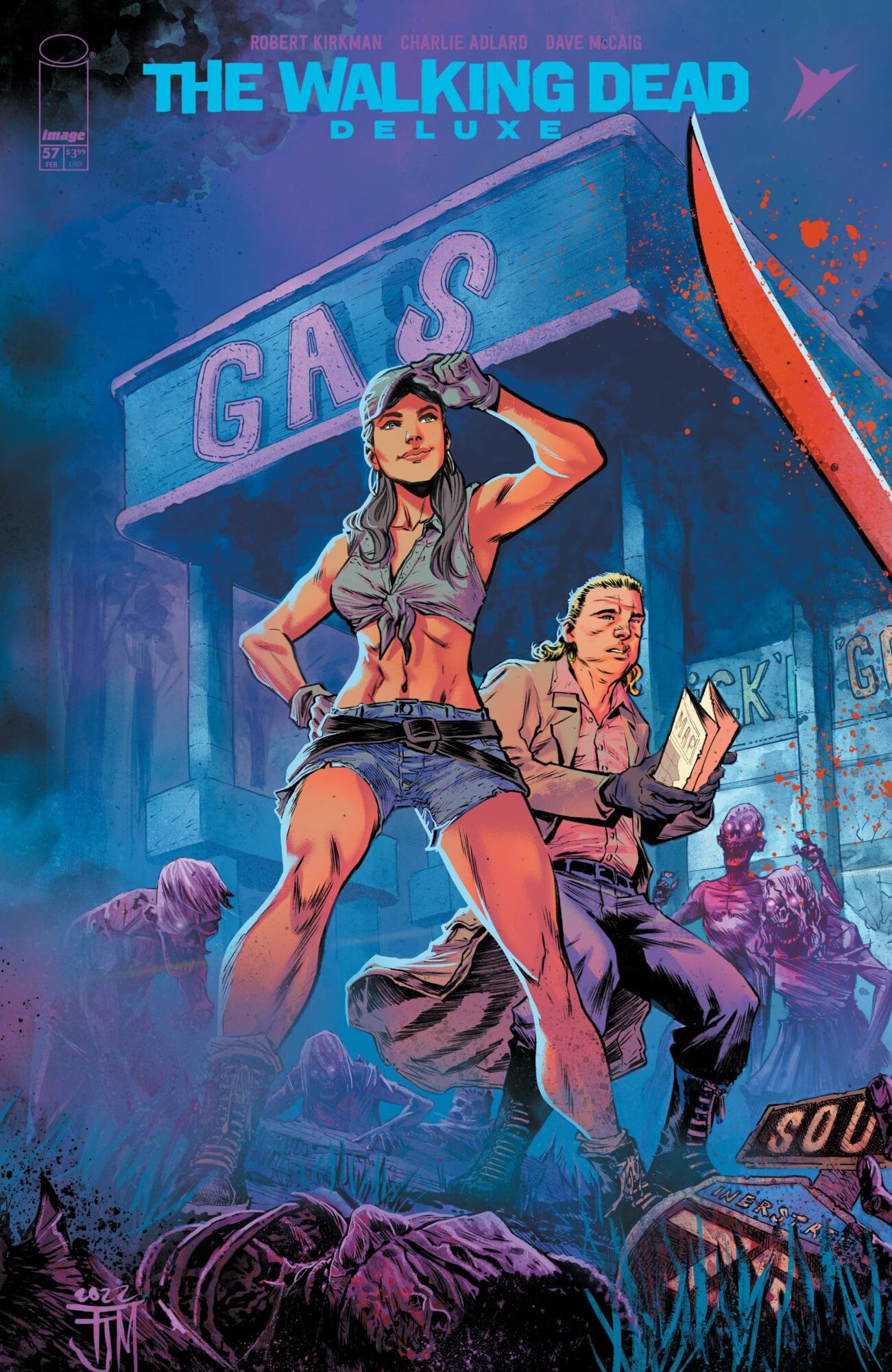 Manapul’s all-new cover series will appear as variants to The Walking Dead Deluxe #55-60, with each issue presenting the series in full color format for the first time from creator Robert Kirkman, with art by Charlie Adlard and colors by Dave McCaig. Fans will also receive a new look at the worldwide pop culture phenomenon with exclusive “Cutting Room Floor” commentary, revelations, pinups and more from Kirkman celebrating the secret history of the series.

“Francis Manapul’s incredible instincts when it comes to capturing memorable scenes made him the perfect choice as our next guest artist for this new set of connecting covers for The Walking Dead Deluxe,” said Amanda LaFranco, Editor, Skybound. “We find Rick and company on the road again in #55 and Francis immediately pulls us into that haunting atmosphere where memories from the past still linger. Things will begin to change for the group over this six-cover arc though, so be sure to look out for the second half!”

The Walking Dead Deluxe #55 will be available at comic book shops and digital platforms including Amazon Kindle, Apple Books, comiXology, and Google Play on Wednesday, January 18, 2023.

A full list of the connecting covers is below: