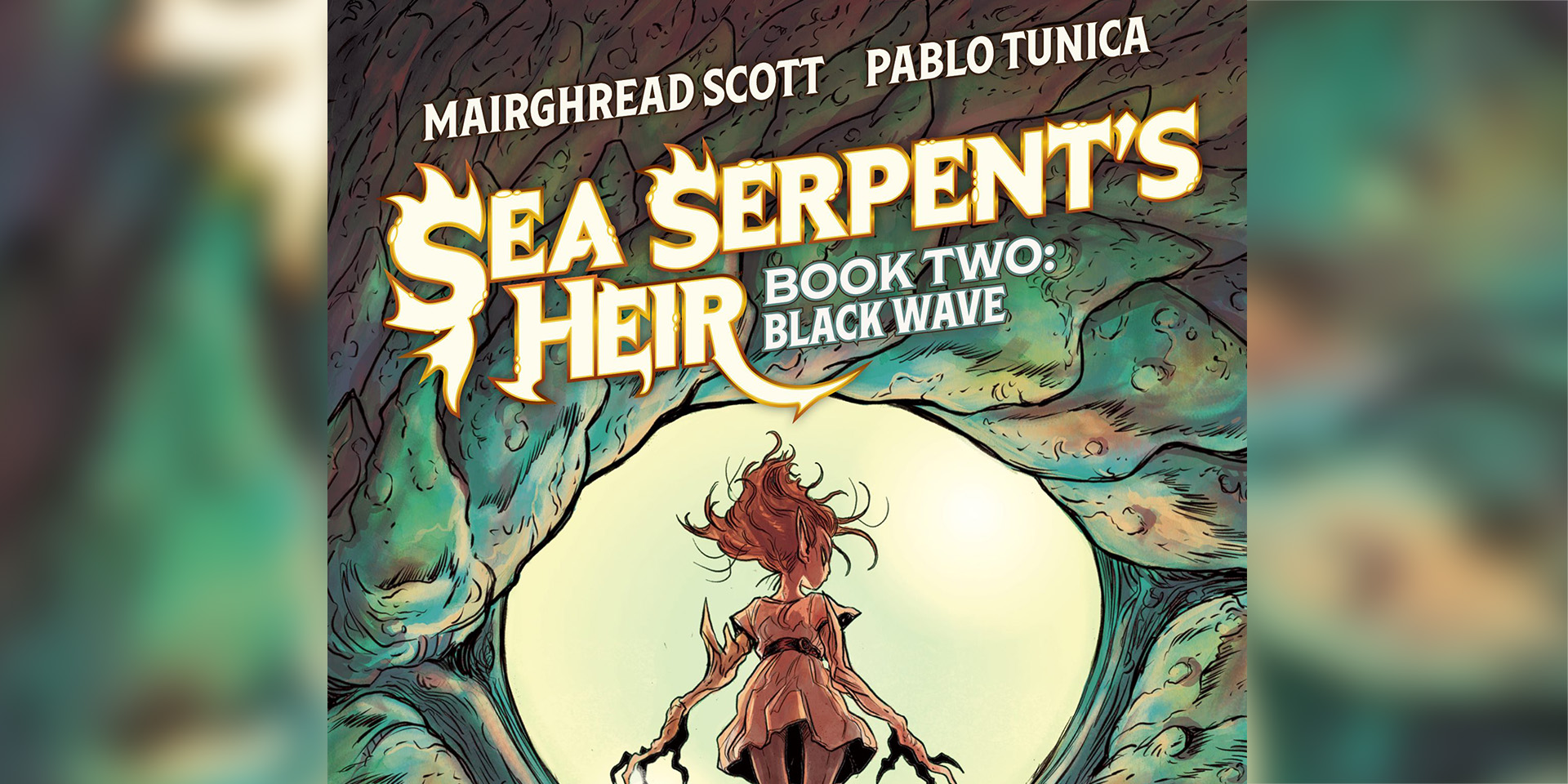 “Action and intrigue and secrets and battles and magic and more. Adventure rings high on every single page with a delicious richness, which promises excitement after excitement.”

“Enchanting and dreamy. This book feels like a mash up between Hayao Miyazaki and Guillermo del Toro with its heart, mystery, and adventure.”

Sea Serpent’s Heir Book Two marks the release of the second OGN in this fantasy Young Adult trilogy from Skybound Comet, a new original graphic novel imprint aimed at Young Adult (Ages 12+) and Middle Grade (Ages 8-12) audiences, but sure to captivate readers of all ages.

Sea Serpent’s Heir Book One is available in comic book shops today and will be available everywhere books are sold on Tuesday, October 18.

“2022 saw the introduction of Aella, the girl destined to destroy the world…and in 2023, we’ll see what happens when that girl has nothing left to lose,” said Alex Antone, Editorial Director at Skybound. “Mairghread Scott and Pablo Tunica are firing on all cylinders with the second volume of their high-seas, high-fantasy trilogy—we can’t wait for what comes next!”

For teenage Aella, growing up is hard. It’s even harder when you find out that you’re the reincarnation of an ancient sea serpent named Xir that’s destined to destroy the world! Aella always dreamed of a life filled with excitement and adventure, but soon gets more than she bargained for as a fanatical religious organization of zealots, trained warriors and pirates comes to her island looking to destroy the world-ending serpent. Fortunately, you don’t earn the title of Sea Serpent’s Heir without becoming more than a little dangerous yourself…

“Prophesy turns deadly as Aella and Bashir choose their sides,” said Mairghread Scott. “We’ve pulled out all the stops in this fantastical brawl of a sequel.”